The first part of my regular WLASze (Weekly Links on Arts, Sciences and zero economics)... enjoy!

Before we begin, you can now follow my art wandering on-line here: http://theartstack.com/gurdgiev

And a nice pre-cursor to news yet to be released... something special is brewing for September 14th... news here, once public...

Starting with some art. Altman Siegel Gallery showing Trevor Paglen photography. Here are select two images from the show and one image from archives:

A nearly abstract expressionist quality to this panoramic shot's composition: 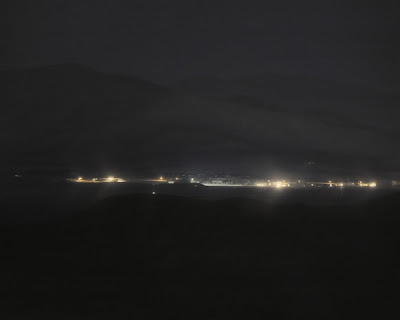 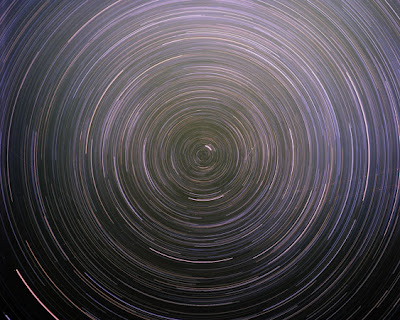 And one of delightfully dark and dynamic, almost threatening with density and light: 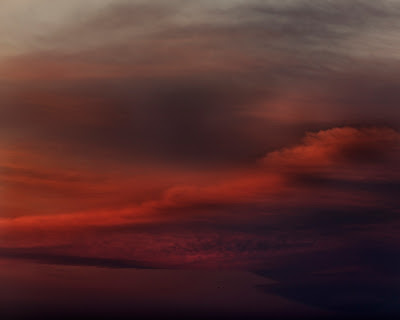 The photograph's texture is so rich and viscous and the composition so stripped out of superfulous positioning drama to its raw natural subject that it reminds me of one of my old favourites: Emil Nolde. Especially his poignant late watercolours - artist's favourite medium in the 1940s after he was forbidden to paint by the Nazi regime in 1941 (though Nolde was a member of the Nazi party and yet was deemed to be unworthy of being called an artist. His work featured in the famous Entartete Kunst, 1937). 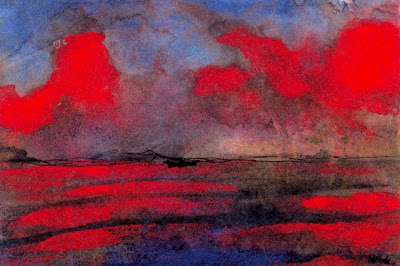 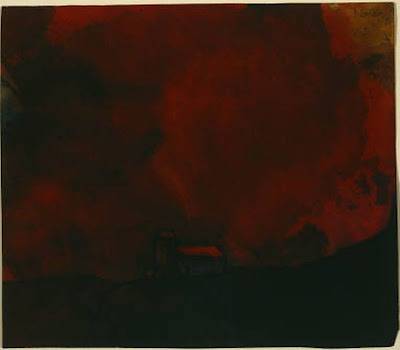 Meanwhile, in Orange County (yes, Detroit's bankruptcy spings to mind) we have an on-going California-Pacific Triennial, showing an excellent Araya Rasdjarmrearnsook Two Planets: Millet’s The Gleaners and the Thai Farmers, 2008 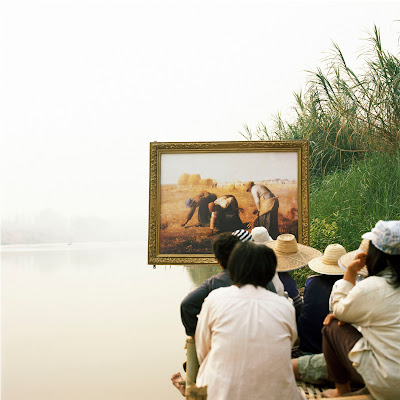 Some more of the Thai artist works: http://www.trfineart.com/exhibitions/28. Millet too dressed up his gleaners as if they were heading out to the church, just as Rasdjarmrearnsook’s Thai framers are dressed as if for posing...


Loving juxtapositions and ever slightly shifting toward science: "Ulric Collette is a French-Canadian photographer who does some quirky portrait work. In his photo series “Genetic Portraits” he photographs family members and then cuts them side by side to create one portrait." Genetic manipulation or photographic nature? Or vice versa? It's juxtaposition of age and genetics - one denotes distance, another proximity.


Proximity v distance juxtaposition leads to time v gravity juxtaposition and to Trinity College, Dublin where it took scientists 69 years to carry out one experiment - not to discover something new, but to illustrate a point: it takes a very long time for very viscous stuff to succumb to gravity...
http://www.scientificamerican.com/article.cfm?id=worlds-slowest-moving-drop-caught-on-camera-at-last Best quote: "it takes 7 to 13 years for a drop to form, but only a tenth of a second for it to fall". I dare not think what Sunday Indo might say about the use of taxpayers money for this stuff, but it made Scientific American and that is worth an Irish punt or two or few thousands... Oh, and in case you wonder - no, Physics gang did not invite celebrity economists to watch the historical moment...


Staying with juxtapositions for one more trip... WordlessTech has a photoshop fascination with merging 'two opposite place, New York and the Grand Canyon' that worries me for one reason: what is it in Grand Canyon's imagery that makes people constantly desiring to do aesthetic violence to it? http://wordlesstech.com/2013/07/18/merge-new-york-in-the-grand-canyon/ . I wrote about Grand Canyon as the focal or experiential point last week here. My plea is for people to stop attempting to fill Grand Canyon with 'stuff', bridge it with hotels and make it accessible to couch potatoes beyond the usual 'view from the top'. It is here to challenge, beat us into dreadful sweat and wear our legs out. It is not here to sip double-skinny-caramel-dill-latte while levitating in some fancy capsule over the abyss...

A recent paper (here is its 2012 version http://paa2012.princeton.edu/papers/122744) looked at a huge data set on drinkers and non-drinkers that covered their 'survivorship' data and also data about their social and physical health. The study divided nondrinkers into three major categories:


They then sub-divided Abstainers into sub-clusters.


So the dilemma/trilemma is sorted: enjoy your life, but don't abuse the enjoyment lest it becomes an addiction?


And while on drink subject, here is a more current data study on 'drink till you drop' cluster mortality outcomes: http://www.sciencedaily.com/releases/2013/07/130719085152.htm
Not a light-hearted piece of research, although I disagree with one of the scientists' policy prescriptions, but, hey that 'ze' in WLASze stands for 'zero economics', so no more on this...


Small Print Stuff: The above statements and research are not an endorsement of either consumption or non-consumption of anything, including alcohol. Please, exercise caution when operating heavy machinery while consuming vanilla ice cream. But seriously - do stay safe!

And stay tuned for Part 2 of WLASze coming up tomorrow.
Posted by TrueEconomics at 11:14 PM

The Thai folk aren't really dressing up for the artists's purpose. They are in their working clothes - usually impeccably attended to, & are being -for them- normally polite; and inquisitive.