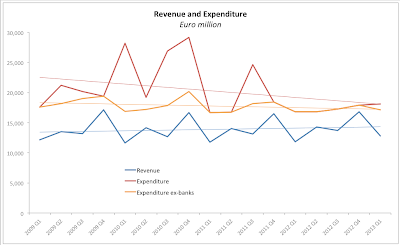 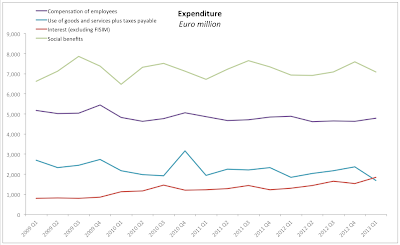 Chart above shows breakdown of the expenditure for four main lines of spending: One of the worrying trends in the overall expenditure, however, is the interest on our debt. Chart above shows its evolution over time and a clear trend up and up even as taxes are continuing to rise. Now, I know it is trendy nowadays to say 'debt don't matter'… actually, when 20% of your tax revenue goes to pay interest on it… err… it sort of obviously does.
Posted by TrueEconomics at 12:34 PM