Some interesting figures on Tourism and Travel contributions to the Current Account in Ireland over 1998-2012 period show that, at least year-and-a-half into State subsidisation of the sector under the current Government, there was little change on the sector exporting activity to show for the subsidies.

Let's crunch through some numbers: 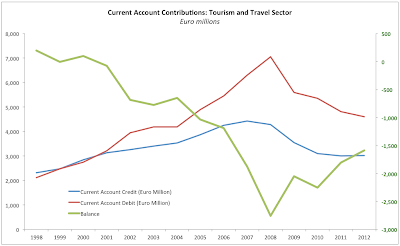 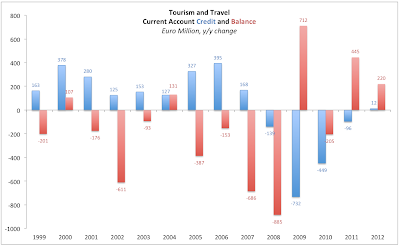