Courtesy of the Central Bank of Ireland released last week:

Changes in Loan Demand from Enterprises 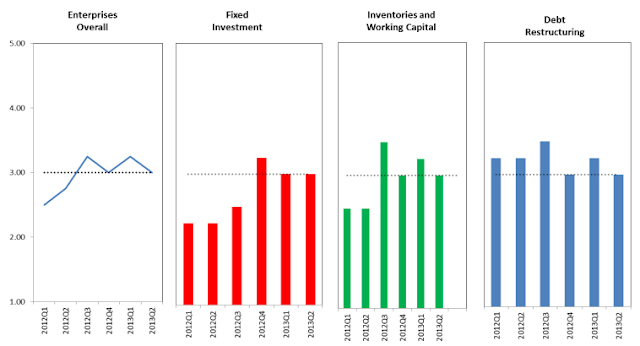 Top of the line analysis: the patient is still in  a comma:

The above does not bode well for the story about pick up in business expectations and flies in the face of the PMIs-signalled 'improvements' in both current conditions and forward outlook. Any early-stage expansion will have to be consistent with increases in demand for Inventories and Working Capital finance, while Fixed Investment will have to pick up if the businesses are expecting significant uplifts out 12 months.
Posted by TrueEconomics at 10:58 AM