A look into the future in four charts: 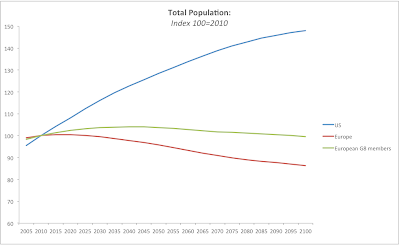 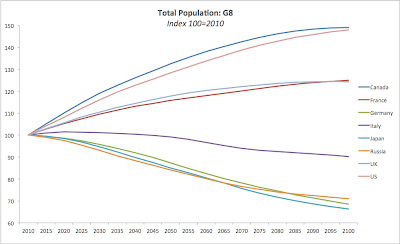 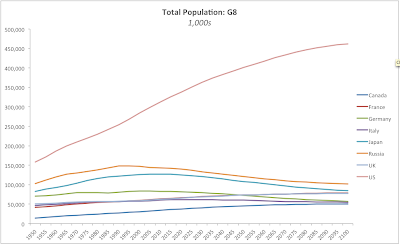 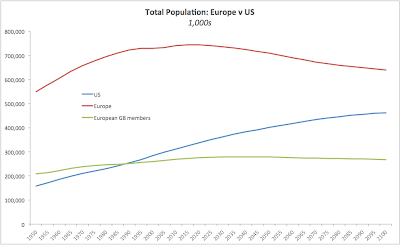 The charts above show the demographic divergence between the US, and other core G7 economies, as well as the differential in trend for France and the UK from Japan and Germany.

Of course, labour mobility is much more open today than in the 1950s-1990s, but given that back in those days Europe usually sent its brightest to North America (more recently also to Australia and in the near future to the rest of the world, if we keep going at current rates of youth unemployment), and that with the above charts this is not likely to change. If anything, given the rends above, why would anyone young stay in declining Europe? To mind the decaying family estates and pay for the growing demand for geriatric supplies and services? So one has to wonder: is the Old World really going to have any growth?.. Of course, it might be the case that by, say 2050, Europe will harmonize and consolidate and coordinate and centralize and stabilise and OMT itself to such an extent that no one will have to work at all in the paradise fully funded by an unlimited ESM.

Who knows... but for now, you can play with the UN Population data through 2100 here: http://esa.un.org/unpd/wpp/unpp/panel_population.htm

Updated: an interesting article on the crisis effects on European birth rates: http://hromedia.com/2013/07/10/eurozone-economic-crisis-hit-birth-rates/
Posted by TrueEconomics at 9:12 PM