Per Euromoney Country Risk Survey, France score continued to decline in Q2 2013 falling to 71.9 from 72.3 in Q1 2013, despite tighter CDS. France now ranks as the second worst performer in the euro area after Slovenia.

France's score is well behind AAA-rated Germany and is 0.7 points behind the G8 average. The core drivers for recent downgrades are: 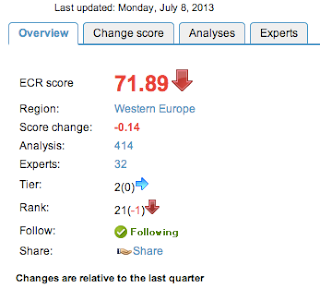 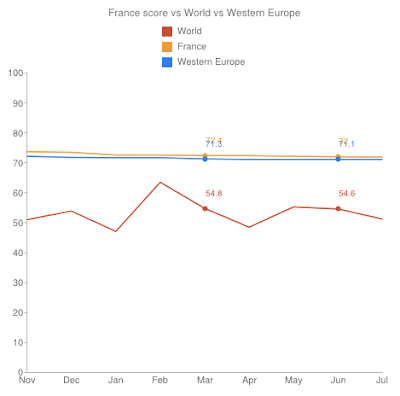 Posted by TrueEconomics at 9:35 AM