The third part of my regular WLASze: Weekly Links on Arts, Sciences and zero economics...
Parts one and two are available here and here. Enjoy!

The EU calls for a radical action to cut carbon emissions on Mars… well not quite, but sometime ago, they could have with some justification, some 3.6 billion years ago: here. Alas, the Martians were not to be blamed, it appears, for that environmental disaster, as much of the CO2 concentration on the Red Planet is due to rapid and massive thinning of the atmosphere, as new data from NASA's Curiosity rover shows: here.


And on arts - more specifically, architecture.

Here's an excellent retrospective of new architectural practices from around the world by the Wallpaper: http://www.wallpaper.com/directory/architects/2013

Numbers 13-16 are a delightfully whimsical translation of a barn-set modernism.
Brilliant treatment of stairs in number 29 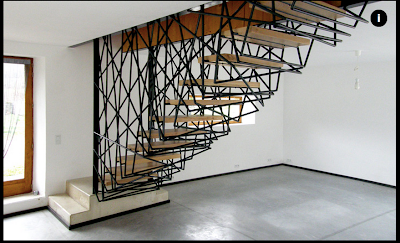 A physical proof that modernising garden gnomes is not an improvement on the hideous original at numbers 36-38. A great attempt at doing the obvious: merging outdoors with indoors and opening up to light and view at 92-95 and 106-109… and so on… drive through this deck!

And Metropolis mag has another, much more pret-a-porter stairway treatment - http://www.metropolismag.com/July-August-2013/Ready-to-Build/


My most favourite museum in the world, NYC's MOMA is having two exhibitions not to miss: the first one is the Rain Room installation: http://www.moma.org/visit/calendar/exhibitions/1380 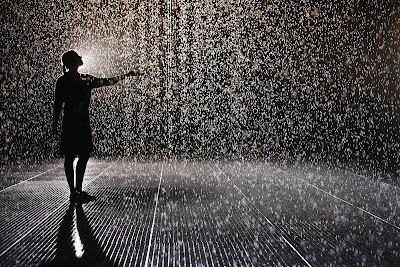 and Le Corbusier: An Atlas of Modern Landscapes retrospective http://www.moma.org/visit/calendar/exhibitions/1321. The clinical painting devoid of dynamism (Le Corbusier was a lousy painter, as most architects are) contrasted by surgical ability to restructure space (Le Corbusier was a brilliant architect, intuitive and bold at the same time, dynamic and imposing, a fine balancing act of mass and space).

Both exhibitions are, ultimately, about forced interactions between external and internal , both are basically about pushing nature into our domain (yes, in that - reversed - order).


An interesting article on the issue of whether dinosaurs were cold- or warm-blooded suggesting that the latest evidence points to the latter possibility: link here.


Dinosaurs might have been warm blooded, but our news flow this week, concerning Detroit, was very much cold-blooded, with Detroit being in the news - for the wrong reasons, but possible for the right outcome as I argued here: http://trueeconomics.blogspot.ie/2013/07/1972013-detroit-officially-files-for.html. However, as they point out in Detroit's favourite graffiti message: 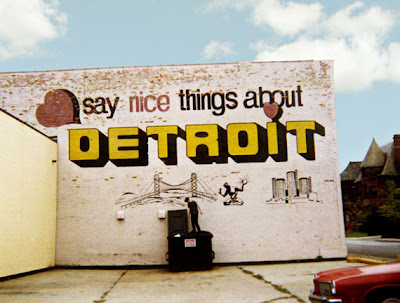 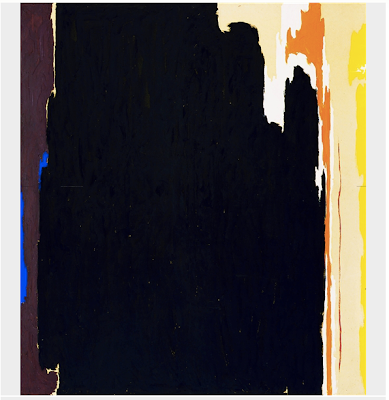 And, H/T to @FrankSunTimes we also have Detroit's music legacy: http://www.bbc.co.uk/news/entertainment-arts-23377160. MrsG has encyclopedic knowledge of this stuff...


Last point on the arts via ArsTechnica:
http://arstechnica.com/business/2013/07/algorithmically-generated-artworks-comprise-average-of-faces-from-movies/#image-3

I am not sure this qualifies as art, since the whole project is a simplified form of averaging based on dimensional measurements. There is a very clear separation between a mechanical averaging exercise and a perceptive interpretation of the average by an artist or a human observer.

To see this, look no further than the most famous 'averaging' attempt by an artist (actually two artists together - Vitaly Komar and Alex Melamid) here: http://awp.diaart.org/km/painting.html. Artists' official webpage is here: http://www.komarandmelamid.org/. The duo brilliantly took their Most Wanted and Least Wanted paintings series to music: http://www.wired.com/listening_post/2008/04/a-scientific-at/


And for another dose of smiles, recall Mr Grigory Yakovlevich Perelman (You say who? I say Poincare) who in 2006 was confirmed by the Science journal to have proved the famous Poincare Conjecture that eluded mathematicians from 1904… Mr Perelman has a beautiful mind. And as such, he is rather eccentric, earning him number 1 spot in Top 10 Odd News Stories of 2011: http://www.upi.com/News_Photos/Features/Top-10-Odd-News-Stories-of-2011/5963/ (H/T to @greentak for spotting the list). One obviously wonders what his Mom response was when he came back home with the news: "Ma, I told em to shove their 1 million dollars where the sun doesn't shine, cause I can control the universe, ya know!" Needless to say, Mr Perelman has not been seen in the news ever since… Note, the Dude also declined Fields Medal (2006) which is the equivalent of the Nobel Prize in mathematics.

So little does Mr Perelman engage with the media or the public, that his life is already attracting that voyeuristic attention which can only be attracted by the unattainable (oh, human nature) - there's a German book on his life out last month:  http://www.welt.de/geschichte/article117427879/Die-wahnhafte-Welt-des-russischen-Rechen-Genies.html.

Here are some good academic links on Perelman's proof of Poincare Conjecture: http://www.math.ucla.edu/~tao/285g.1.08s/ You can feel your brain twist reading this and after about an hour, you too can get to the point of controlling the universe... just don't tell your Ma, please... And should you be at risk of gaining such powers, a non-technical discussion: http://theconversation.com/millennium-prize-the-poincar-conjecture-4245.

Image from the Clay Institute and a write up: http://www.claymath.org/millennium/Poincare_Conjecture/


The end of WLASze for this week…
Posted by TrueEconomics at 11:12 AM

Respectfully, you are only half right. Yes, Le Corbusier was a lousy painter. He was also a lousy architect. Having experienced first-hand the deadness of the spaces he created, at best he was a good sculptor who worked with methods, media, and a scale normally used to crate human habitation.

Your blog is an oasis of thought in Ireland. Thank you.