This is the second post from my WLASze: Weekend Links on Arts, Sciences and zero economics.

The first post is available here and is referenced in several links below.


The Missing Link is something (someone) many have claimed to have seen, and no one really needs to find. Another missing link - the one no one expected to exist, but which has tremendous significance to our future, as reported in Science Daily has been established by two researchers. A deep link between two seemingly unconnected areas of modern science has been discovered by researchers from the Universities of Bristol and Geneva. Basic story is that physicist Dr Nicolas Brunner and mathematician Professor Noah Linden uncovered "a deep and unexpected connection between their two fields of expertise: game theory and quantum physics".

Game theory "gives a mathematical framework for describing a situation of conflict or cooperation between... rational players". "Quantum mechanics, the theory describing the physics of small objects." Dr Brunner and Professor Linden showed that the game theory and quantum mechanics co-share same concepts, such as the concept of locality. By bringing quantum mechanics models into game theoretic setting, the games outcomes were transformed, opening up a possibility for co-sharing of quantum technologies in a game-theoretic setting, e.g in the case of auctions. I would not be surprised if this opens up some AI opportunities in the future too...


Quantum Physics might be our only hope in resolving the game played by Covanta and Dublin City Managers against the residents of the Dublin Bay-adjoining communities - the game of turning Poolbeg peninsula into a complete toxic dump. But should some magic get us rid of the Covanta crowd and their Grand Incinerator, there are some ideas we can deploy around Poolbeg. One example - get rid of the industrial wasteland by converting the space into habitable and social space.


While on the theme of liveable architecture, here's a lovely conceptual modern low-density house, from Argentinian practice.


More on architecture. From small scale to large. And where else do they do large as Large? Of course, in China.

There is some strange fascination in China with lattice architecture form. Perhaps it is purity of mathematical abstraction - the non-threatening semiotics of pure maths? Social escapism in the seemingly structured and orderly? Or is it the historical nostalgia to lattice as a form of space capture or, for some, people capture? I am not sure. But it does look like much of contemporary 'visionary' architecture in China is about lattice constructs…

One of my all-time favourite painters [I share this with Jean-Luc Godard, who is not my favourite film maker at all], under-appreciated and under-rated Nicolas de Staël. I sadly missed his exhibition in NYC. Here's his Méditerranée, Le Lavandou, 1952, Oil on canvas, 65 by 81 cm. 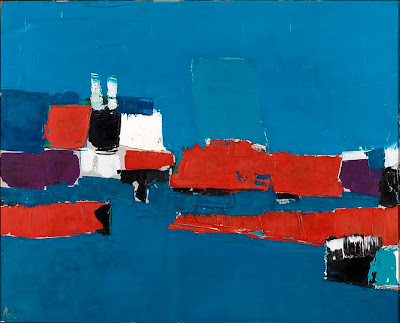 De Stael is about bold shape, brushstroke and even bolder use of shadow and light, and colour. He is subtly unbalanced in composition and boldly unbalanced in geometry - two juxtapositions that were similar to Morandi and some other contemporaries. But De Stael also knows depth - brilliantly so. He is a master of abstract landscape or rather space-scape as he transformed the use of landscape perspective to other compositional works, including still-life.


Into an entirely different world next: Brilliant work by the Iraqi artist Adel Abidin, who resides in Helsinki:  Symphony [Symphony of Death], 2012, one channel video installation, 3’15’’, video still 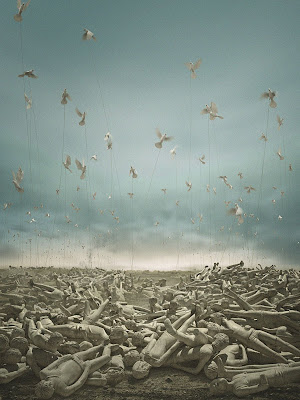 And a good interview with him here: http://www.guernicamag.com/art/bird-and-stone/


Next to sculpture: Bruno Walpoth Wood Carved Sculptures by one of the brilliant Italian sculptors of today: 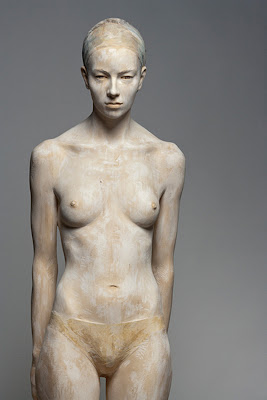 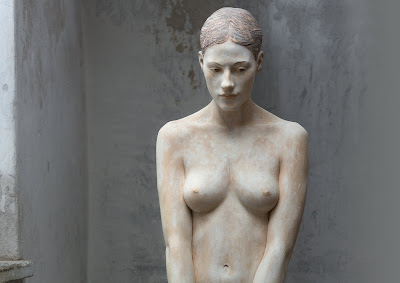 Joseph Brodsky: "Now the purpose of evolution is the survival neither of the fittest nor of the defeatist. Were it the former, we would have to settle for Arnold Schwarzenegger; were it the latter, which ethically is a more sound proposition, we'd have to make do with Woody Allen. The purpose of evolution, believe it or not, is beauty, which survives it all and generates truth simply by being a fusion of the mental and the sensual." He'd disagree in absolute beauty being embodied in anything but a word. But do take the above images in consideration, will you?.. They are an unspoken word, a Nostalgic word of sorts. They convey thought…


Having tied Nostlagia - a major theme in my first part of this weekend's WLASze (Part 1 linked above) - to Walpoth's work, now to the poetic Nostalgia of abandoned spaces and beyond photography - in painting - Matt Bahen 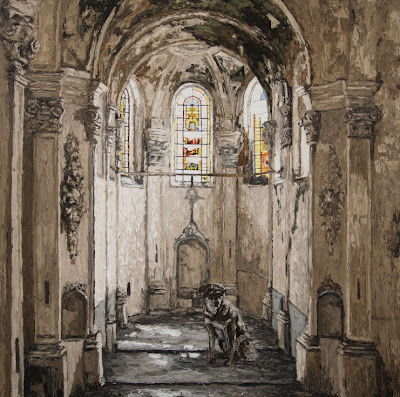 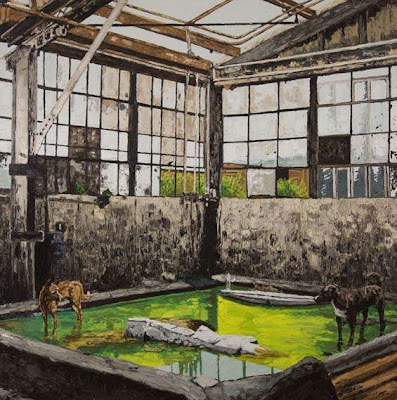 Good write up about the painter: http://www.akrylic.com/2012/05/just-before-the-dawn-the-work-of-matt-bahen/ . Recall Richard Artschwager in Part 1 of this week's WLASze, and remember Richard Diebenkorn here: http://trueeconomics.blogspot.ie/2013/06/2862013-wlasze-part-1-weekend-links-on.html - it's a cross of themes.


Having posted a link on the debate between causality and correlation (in the Part 1 of WLSAze linked above), let's dig slightly deeper into the nature of inquiry. Here's a slightly windy post on the topic of scientific vs religious systems of thought by E.M. Johnson for Scientific American. You have to read a bit before hitting the main point: "Science is not concerned with truth, it is concerned with doubt. As I’ve discussed before, it is this that makes science and religious faith fundamentally different."

Much of the rest of the post is also interesting. It focuses, in my view, on why science as a system (and religion too) abhors doubt. The author does not say so outright, but I can tell you - doubt is not a publishable concept in science. Majority of peer reviewed publications are on topics of affirmation of empirical or theoretical conjectures. Try writing a critique, doubting something without offering an affirmative counter-proposition. Likelihood is - you will get an outright rejection letter.


Enjoy! And do come back to this blog...

Posted by TrueEconomics at 8:42 PM

Someone sent me this today, data and art combined. Quite impressive images.