This is Part 1 of my regular WLASze: Weekend Links on Art, Sciences and zero economics. Enjoy!


"Nostalgia had been considered a disorder ever since the term was coined by a 17th-century Swiss physician who attributed soldiers’ mental and physical maladies to their longing to return home — nostos in Greek, and the accompanying pain, algos." Todays view: "Nostalgia does have its painful side — it’s a bittersweet emotion — but the net effect is to make life seem more meaningful and death less frightening." A fascinating article from NYT on research into the role nostalgia plays in our lives:

As Derek Walcott said:
"Art is History's nostalgia, it prefers a thatched
roof to a concrete factory, and the huge church
above a bleached village.  The gap between the driver
and me increased when he said:
“The place changing, eh?”
where an old rumshop had gone, but not that river
with its clogged shadows. That would make me a stranger.
“All to the good,” he said. I said, “All to the good,”
then, “whoever they are,” to myself. I caught his eyes
in the mirror. We were climbing out of Micoud.
Hadn’t I made their poverty my paradise?"

The whole poem is linked here. Keep an eye on that space/time/art/nostalgia continuum in links below. 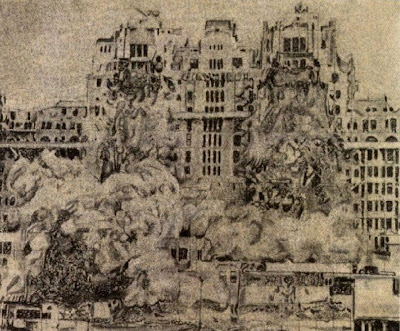 Something less art-theoretic and more design-tied: a fascinating video from the relic of the past that keeps (nostalgia-helping)a firm footing in the present: it's Morgan carmakers' tour through their factor. I am not kidding you - this video is fascinating: they build things like this: 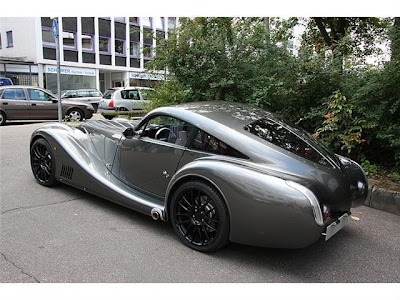 From design to science policy (though scientific precision does not exactly match Morgan's image and output, inspiration is similar). Aiming for the Big Thing, two US lawmakers decided to stake some territory on the Moon and called on the US Federalistas to "establish a US national park about 240,000 miles outside of America’s borders". Nothing outlandish there - the US planted a flag on the moon and can have territorial claim to some of it, presumably. I am sure Russians will support this, since their rovers covered more of the lunar surface and have laid a claim to bit of it too. Which begs a question: if the Federalists in Washington do create a 'park' on the moon, how soon will Gasprom be drilling for lunar gas in the vicinity of the American National Park?


For the time being, Lunar Park of the 'nostalgic future' (not to be confused with Luna Parks of the 'nostalgic past') is a matter of dreams for some over-enthusiastic congresswomen. Which means we can safely look into the past and imagineer from its artefacts the world of art we never knew (or cared to know). Archeology is a derivative of nostalgia (not uniquely of it, but nonetheless containing it): a fascinating find from China.

Mostly, we agree (for now) that true writing of language, beyond the system of counting things or simply marking things with a representative symbol, was invented independently from each other in at least two civilisations: Mesopotamia's Sumer ca 3400 BCE and Mesoamerica's Olmec or Zapotec around 600 BCE (put simply in colloquial Americana terms - very old Mexicans). Two other civilisations claim independent invention of writing: Egypt ca 3200 BCE and China ca 3600 BCE. Egyptian claim is a challenge to Sumer's claim. Meanwhile India is pushing for its own claim to fame on this, with Indus script from the Bronze Age ca 2200 BCE. The issue of dating the formation of languages arises because we generally have to distinguish symbolic scribbling - denoting some concepts, but not a full system of written language - from genuine fully symbolic and structured writing. This is the reason why there is a debate about whether earlier Mesopotamian symbolic records, dating to 5000 BCE are form of writing or not. And the same debate is going to apply to the Chinese finds described in the link above. Nonetheless, the latest find does support the idea of independent writing formation in China and at around the time when the first writing appeared or started forming in another part of the globe.


But enough of stuff old and physically proximate. Let's get out far away into Space. The five facts about the black holes can be scary, their size (so big that you can just fatalistically utter: 'who cares' should one be formed next to our solar system), their theoretical omnipresence (the Schwatzschild radius principle), their power (somehow, being ripped apart by a black hole seems more pleasant that being ripped apart by a Spanish bull), they trap and loop light (and fold space into a perfectly closed loop) at the photon sphere, and they can bend time. But… just think - all the energy they trap can provide infinite supply of non-fossil fuels powered electrical bulbs the Greens dream about… And thus, expect an Intergalactic Centre of Excellence in Offshore Black Holes Energy Harvesting to be formed in Drogheda, around 2113, just about in time for the Chinese to become official Irish language Number 3.


While out in space, but closer to our planet, picture of the week: 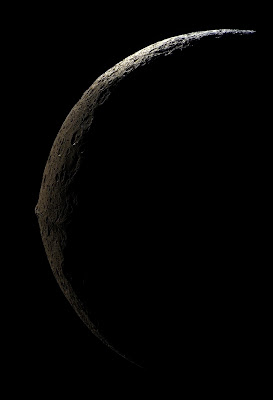 Iapetus is the third largest moon of Saturn discovered by Giovanni Cassini in 1671. You can see Cassini Spacecraft images in raw colours here.


Staying in space for the next story: "Astronomers used the ageing Hubble space telescope to determine the true colour of the distant world, the first time such a feat has been achieved for a planet that circles a star other than the sun." The beast is ugly behind its visual beauty: "Unlike the pale blue dot that harbours all known life in the cosmos, the "deep blue dot" is an inhospitable gas giant that lies 63 light years from Earth. On HD189733b, as the planet is named, the temperature soars to 1,000C and glassy hail whips through the air on hypersonic winds."

I am sure folks from The Guardian will blame lack of planning on hostility of the HD189733b environment, calling for more strict Space Development guidelines and better integration between Spacial designs, social inhabitability and environmental sustainability in future discoveries.


Of course, social concepts lend themselves to serious discussions. Here's a great example of the battle ranging in philosophy of science for ages: what implies causality and whether correlation is that. Very insightful and well written. Of course, in economics, we know - causality is whatever your heart desires...


Sometimes our hearts desire that which makes no sense in the world we inhabit. And in the modern age of ageing populations and immovable object-like human existence, this happens more often and with more violent outcomes. Seeing and experiencing nature requires technological contortions of immensely innovative kind in the society where we focus on minimising effort in attaining everything. Behold the latest exemplification of the absurd: a walk bridge 'out' into the Grand Canyon. The point the idea is missing is that Grand Canyon is not to be seen by human as a bird might see it. Instead, it is supposed to be experienced as human can experience it - through physical exhaustion of hiking down or climbing down its walls. Believe me - I've done it twice and it is arduous. But because is is arduous, it is awe-inspiring. And no amount of walking on a fancy platform, near-fainting from the illusion of vast space beneath you can ever replicate the feeling of standing - at the end of the day-long hike - waste-deep in the Colorado River and raising you head to look where you came from.


Not all human world is senseless and not all senselessness is ugly. Even the more poignant examples of ugliness contain elements of beauty. Stunning imagery from one of the best currently active photographers, Michael Wolf, proves the point. My favourite: 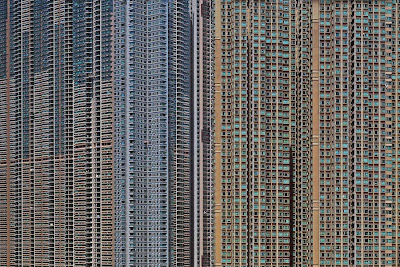