Y/y August 2013 residential property prices increased by 2.8% nationally. This compares with an increase of 2.3% in July and a decrease of 11.8% recorded in the twelve months to August 2012. That is a reasonable number, ahead of inflation rate, which is natural given the contraction in the market experienced so far.

However, several sub-trends are worth noting.


The above is illustrated in Chart below: 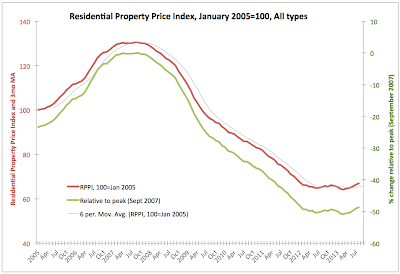 Now, absent other sub-trends, we can be tempted to call a turnaround in the prices at this stage. With two caution notes: (a) this still is subject to adverse risks from the mortgages arrears side, and (b) the above turnaround only applies to Dublin. 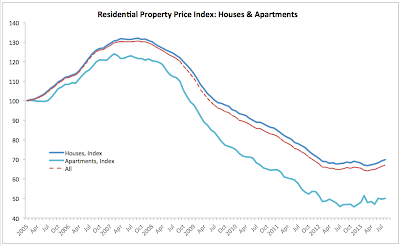 Apartments prices have been moving sideways doe the last 8 months, bouncing around 49.5 mean. August reading was weak but slightly up at 50.0.


The core driver for overall RPPI is Dublin: 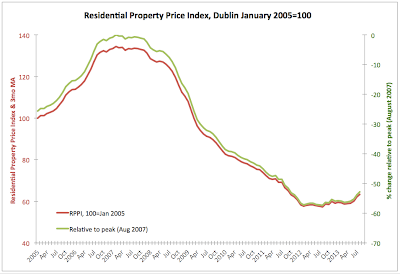 Posted by TrueEconomics at 12:14 PM