This is the first post of the week's WLASze: Weekend Links on Arts, Sciences and zero economics


An absolutely fantastic article on the evolution of the Internet of Things via Foreign Affairs:
http://www.foreignaffairs.com/articles/139948/james-manyika-and-michael-chui/all-things-online
And a fractal image of the internet: 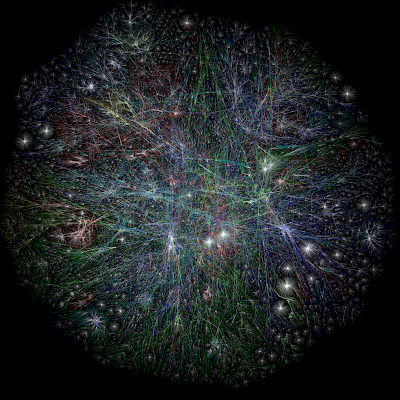 Favourite quote: "a more profound change that is reshaping major industries, even as it blurs the lines between humans and computers." The best leap not made: "The Internet of Things is a set of technologies that incorporates the physical world into the virtual one through networks of electronic sensors and devices connected to computers."

So when is the Internet of Humans? When will we see human world integrated with technology?

Wait a sec - the answer to that question is… pretty soon:
http://www.businessinsider.com/incredible-technology-2013-9?op=1

My personal favourite: cancer-killing "microfluidic" computer chip  that could live in a patient's bloodstream. But think even beyond that: a microchip that can seek out and automatically repair failed neurone connections to fight a score of neurological diseases and conditions and drive memory up beyond our current limits, while sustaining it into old age… Why not?

If storing data in DNA is a feasible proposition, then what is 'cloud' storage but a transitory stage? The bound to all of this is, as I always point out, not technology, but ethics. We will have to maintain human condition in face of extra-human technology.

All of this just powers me on and on with the thesis of human capital-centric economy of the future that I was talking about at TEDx Dublin...


As per human condition - maintaining it might be challenge in the future, but dealing with it is often a challenge today. Nowhere else as pronounced as in our biases in dealing with risks. Here is a fascinating exposition of the risk perception biases: http://bigthink.com/risk-reason-and-reality/understanding-risk-perception-to-avoid-its-risks

Quote from a side-line: "Fear is good. It helps protect us. But getting risk wrong — worrying more than the evidence says we need to, or not as much as the evidence says we should — produces stress and leads to unhealthy choices for ourselves and for society. We do have to fear fear itself: too much, or too little. Understanding why the gap exists between our fears and the facts is the first step toward managing the potential risk of risk misperception."

And the best paradox-resolving quote (a sort of Gordian Knot solution): "“No sympathy for the devil; keep that in mind. Buy the ticket, take the ride...and if it occasionally gets a little heavier than what you had in mind, well...maybe chalk it off to forced conscious expansion: Tune in, freak out, get beaten.”
You can always count on Hunter S. Thompson to deliver… Smile!


While on technology side, an amazing promise of pioneering analysis on a fizzled-out platform? You betcha: how image goes viral?
http://www.technologyreview.com/view/519611/how-images-become-viral-on-google/
Amazing summary of contingent stats for user-specific attractors:

Adding to the above story on the future of cancer treatments, here is an interesting tale of the DNA test firm, with legacy of Steve Jobs, and Google and Bill gates as investors: http://www.technologyreview.com/view/519686/steve-jobs-left-a-legacy-on-personalized-medicine/


But enough of tech and science and for the end, some fantastic architecture.

The 2013 RIBA Stirling Prize was awarded this week and the winner was absolutely stunning reconstruction of the abandoned medieval castle:
http://www.dezeen.com/2013/09/26/astley-castle-renovation-wins-riba-stirling-prize-2013/
Described as utterly magical, this is really a superb, bold, limit-pushing renovation that fuses modern with medieval and achieves seamless transition across ages, space and materials:
http://www.dezeen.com/2013/09/27/utterly-magical-building-wins-stirling-prize-but-no-cash/ 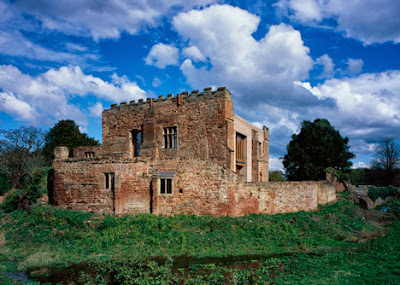 Other short-listed projects are here: http://www.dezeen.com/2013/07/18/2013-riba-stirling-prize-shortlist-announced/

Ireland's own project was also shortlisted: 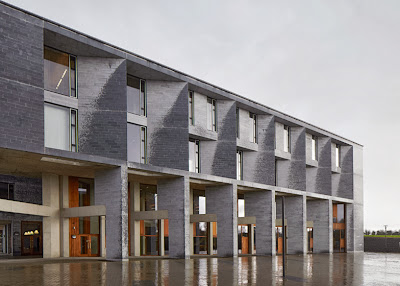 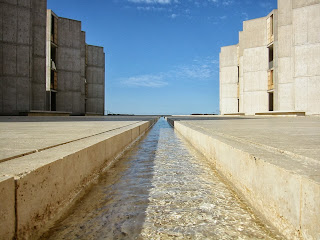 Posted by TrueEconomics at 10:54 PM