This is the first post of WLASze: Weekend Links on Arts, Sciences and zero economics for this week. Enjoy and stay tuned for more.


Last week I wrote about the 'discovery' of the van Gogh painting (here). This week, it's another discovery, this time via MOMA archives - of Mies van der Rohe's designs: http://it.phaidon.com/agenda/architecture/articles/2013/september/19/mies-van-der-rohe-plans-found-in-moma-archive/
Amazing. Mies is an architect of depth framed by the simple, distilled geometry and contextualised by industrial simplicity of materials. Images in the article clearly prove his fascination with and mastery of perspective.

Example everyone should see at least once: http://www.miessociety.org/legacy/projects/neue-nationalgalerie/#1


On the topic of mastery of perspective - an uneven (in quality) series of aerial photographs via the Foreign Policy magazine: http://www.foreignpolicy.com/articles/2013/09/19/birds_eye_view_awesome_aerial_pictures_world
The opening shot is striking, as is number 7:
http://www.foreignpolicy.com/articles/2013/09/19/birds_eye_view_awesome_aerial_pictures_world#6
JEFF PACHOUD is a superb photojournalist, but the series of Mushers competition is something to behold as art. Here's another shot from the series: 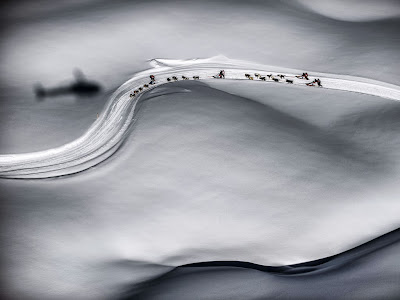 And on a theme of uncovering the long lost…http://www.technologyreview.com/view/519391/internet-archaeologists-reconstruct-lost-web-pages/
Who knew there was such a field as 'Internet Archaeology'… Next, we might get a 'Applied Feminism' studies or 'Useful Economics' too?.. or am I being too optimistic?..


Via the same source, MIT Technology Review, comes another and even more fascinating piece of research:
http://www.technologyreview.com/view/519306/most-influential-emotions-on-social-networks-revealed/
Apparently, the leading emotion of the social networks is anger. Not love (this still remains physical, one assumes, and personal) or empathy (which probably is not that 'powerful' in the number of its expressions in daily lives of human beings) but anger… Oh, well, don't tell Irish politicians about this research or they will renew their calls to 'regulate' and 'improve' 'the internet thingy' that 'those young people are using all of the time'… 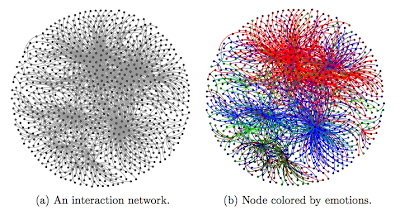 In the above: (a) is the network structure, in which each node stands for a user and the
link between two users represents the interaction between them. In (b) each node is coloured by its emotion. Red stands for anger, green represents joy, blue stands for sadness and black represents disgust. The regions of same colour indicate that
closely connected nodes share the same sentiment.


On science (applied stuff) side, here's Google foray into something really pioneering and ambitious: pushing out death… http://www.businessinsider.com/google-is-launching-a-company-that-hopes-to-cure-death-2013-9
Someone in Google got the Elon Musk Syndrome and I like it! Next, Apple will need something breaking too, seriously breaking. But I am afraid that absent Steve Jobs, the company will continue stamping out marginalised improvements, undeterred by the fact that the fad has moved to the mass markets with lower leadership quotient (e.g. 'Big in Japan' moment is nearing for Apple). Just think: a decade ago, you'd expect a car company producing a Model 5S after a Model 5, while you would have expected Apple to think up a Hyperloop. Now, we have the inverse.


"Common sense is particularly well adapted to handling the complexity of everyday situations. We get intro trouble when we project our common sense to situations outside the realm of everyday life." Got you interested? Superb review of the "Everything is obvious once you know the answer" book by Duncan J. Watts:
http://www.farnamstreetblog.com/2011/07/is-everything-obvious-once-you-know-the-answer/
And once you've read the review, read this: http://trueeconomics.blogspot.ie/2013/09/2092013-did-capitalism-fail-by-roman.html
Visualising common sense is a hard thing, but here's a good simple graph example:
http://prawfsblawg.blogs.com/prawfsblawg/2013/09/longer-sentences-and-prison-growth-part-1.html by an old colleague of mine from the UofC, Prof John Pfaff


When it comes to history, records are certainty… and here is a fascinating visualisation (interactive) of the 100 years worth of meteorites recorded in our archives: http://visualizing.org/full-screen/56202 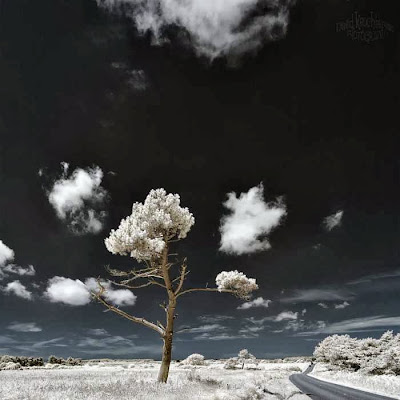 Posted by TrueEconomics at 9:29 AM