Due to time constraints of tomorrow's TEDx talks (http://www.tedxdublin.com/), this is a shorter version of WLASze: Weekend Links on Arts, Sciences and zero economics. More to follow in part 2 later, so enjoy the eclectic mix…


Let's start with the truly 'first' for humanity. This week, Nasa announced that "Voyager 1 has entered interstellar space. The NASA spacecraft, which rose from Earth on a September morning 36 years ago, has traveled farther than anyone, or anything, in history".
http://www.youtube.com/watch?v=cHsdOU9biAU&feature=youtu.be
Read about it here: http://voyager.jpl.nasa.gov/
What a fantastic achievement. A long leap for a piece of by-now-outdated technology, and a giant laps for mankind! 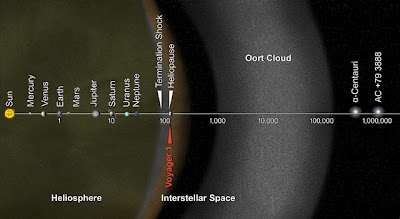 The taxonomy of space traversed by Voyager 1 is explained here: http://www.jpl.nasa.gov/spaceimages/details.php?id=PIA17460 with a handy graphic. And here is the hero itself, as spotted by earth-based radio telescopes back On February 21, 2013, 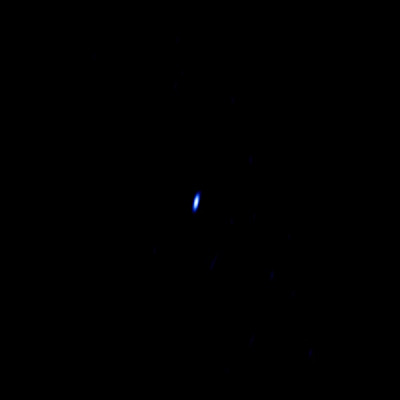 For large numbers lovers: the spacecraft, launched in 1977, is currently nearly 12 billion miles (19 billion kilometers) away from the sun. The picture shows Voyager 1 at 11.5 billion miles (18.5 billion kilometers) away. This was the stuff that Konstantin Tsiolkovsky (who's 156th birthday will come September 17th), Hermann Oberth and Robert H. Goddard dreamed about. 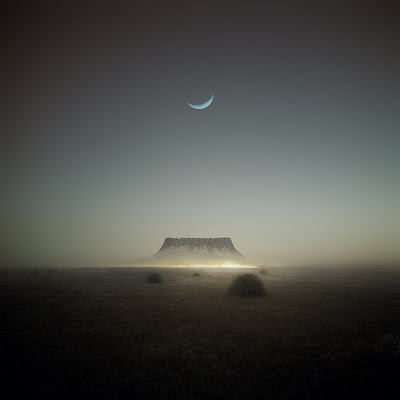 While on concept of time, here's a shot from the past - a long mis-identified van Gogh
http://www.nytimes.com/2013/09/10/arts/design/new-van-gogh-painting-discovered-in-amsterdam.html?_r=0&hp=&adxnnl=1&adxnnlx=1378732079-VxsU8Azzq08ccDgxBuLvEw
All handy-dandy, art prices etc, but The Onion take is as usual - priceless (yes, the discovery is significant enough to make it into The Onion)…
http://www.theonion.com/articles/heartless-dutch-curators-put-deranged-scrawlings-o,33803/
Here are two highest resolution images I could find: 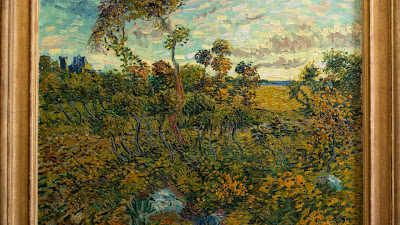 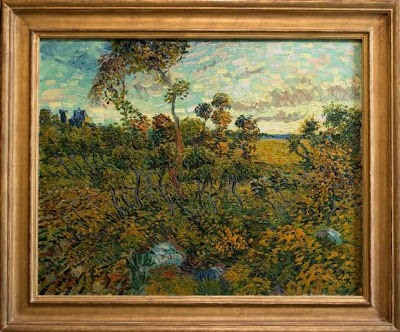 From things filling us with wonder and amazement to dumbing down. The former are of art, the latter is of science… or rather the study of humanity... even worse, humanity linked to politics (now the standard is set at absolute zero):
http://www.motherjones.com/politics/2013/09/new-study-politics-makes-you-innumerate
Absolutely fascinating, until you recognise that majority of economists are mathematically more numerate and politically more dogmatic than your average educated person. Which, of course, just confirms the study results... by not even being an exception to the rule…

Posted by TrueEconomics at 8:37 PM

On Irish radio yesterday, a feature about Voyager spoke of the fact that in the 1960s, the chaps at NASA didn't want to 'rush' the space program. But others were intent to beating the Soviets in the race to the moon. One wonders what different kind of space program there would exist today, had that not been the case.

Mary L. Good, a former dean of engineering school in Arkansas, was an under secretary of commerce in the Clinton admin, said in 2004 at a systems engineering seminar at MIT, that the trouble with America, was that all of the regulations for manufacture were made in mid 20th century, when it was still all about 'large' factories, large industry.

She said that the hidden treasure in American manufacturing now though, is not to the big stuff, but the high quality smaller activities. It is the case though, that when regulations come about, they are influenced by the interests of that time.

Bob Shiller always talking about the fact that most of the financial regulations in America were written in the 1930s era.

Marian Finucane had a feature on her show on radio this morning about Irish wiskey, and how it lost so much of its market share, in going from lots of small producers, to only two. And of course, the two then merged.

When I brought in Irish whiskey as a part of the focus for the Enterprise Strategy Group meetings, I was looked at as if I fell off the moon. I have been championing the revival of that indigenous sector since around 2004. Never once anyone treated it as a serious discussion. Not a single civil servant not a single politician nota single RTE journo... because to them, it is not pharma or ICT...

Noreen Hegarty of Irish news and media made a useful point on Sean O'Rourke's show earlier, interviewed about a journalism and new media conference happening today. She observed the movement in her field towards having lower paid 'content providers', hired at national media level.

But she suggested that advice for aspiring journalists might be to do whatever studies they are passionate about, and merge back into journalism later, if that is what they wish to do. And she also suggested that seeing the world, or 'having a life', might be important too, to build a good, long term journalism career. Because she said, that will give you the context, or Ireland in the rest of the world, or whatever it is, in order to thrive later in journalism.

In a way, she did make a much wider point I think, and it is more than just about journalism. In order to appreciate something as native, as historic and worthwhile as an Irish wiskey product, one would probably have to get away from Ireland.

It is funny, because the initial guest, a historian, on Sean O'Rourke this morning, was a man who had just completed a first volume in a Jewish history (with a BBC series to go with it). He had been asked to do a similar project years ago, but felt he wasn't able to. He had spent many years writing about everything else except Judaism. And Sean O'Rourke observed the level of passion which he put into the broadcast and the subject.

But looking at products such as wiskey, I think that is what we struggle with in Ireland, having that context necessary in which to see a product in the larger global context.