This is the second part of this week's WLASze: Weekend Links on Arts, Sciences and zero economics. Part 1 is available here: http://trueeconomics.blogspot.ie/2013/09/792013-wlasze-part-1-weekend-links-on.html

Some superb photographs from the unfortunately very short anthology of Russian photography of the 20th century:
http://rbth.ru/articles/2012/05/25/an_anthology_of_russian_photography_of_the_20th_century_15720.html 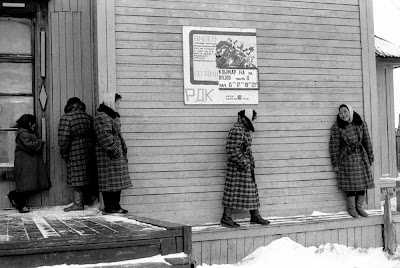 And another fantastic retrospective - on Soviet design: 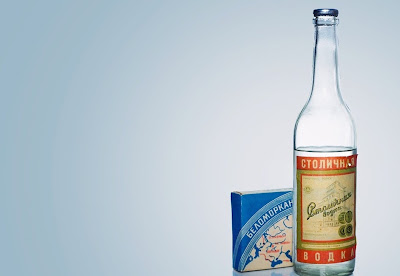 
A very exciting article on collecting experimental evidence on dark energy:
http://www.sciencedaily.com/releases/2013/09/130903151759.htm?utm_source=twitterfeed&utm_medium=twitter&utm_campaign=Feed%3A+sciencedaily%2Fmost_popular+%28ScienceDaily%3A+Most+Popular+News%29
"Moonless nights outside the Cerro Tololo astronomical observatory in Chile are so dark that when you look down, you can't see your feet." This stuff is deservedly poetic… And more on the same experimental work: http://www.sciencedaily.com/releases/2012/09/120917104651.htm


British Journal of Photography reported last month that John Paul Getty Museum - one of the largest collections world wide - has opened free access to its digital archives, making "collections of digital images available for all uses without charge, marking a radical shift in its long-standing policy of charging for commercial use of its work." Read more: http://www.bjp-online.com/british-journal-of-photography/news/2289455/j-paul-getty-museum-opens-up-its-collections-of-images#ixzz2eF3d0xHi The project is amazing in scope: "more than 4600 high-resolution images representing 4,689 objects will be download-able" and it is amazing in the range of uses allowed on an open access basis: "for academic and commercial use without restrictions". See http://www.getty.edu/research/tools/photo/index.html.


It is interesting to note that unlike the sale of the Bank of Ireland art collection back in 2010 (http://www.theartnewspaper.com/articles/Art%20market%20news%20in%20brief%20%E2%80%94%20August%202010/21328) Anglo sale did not make much of a news in the world of arts. Fair play - financial media and general irish interest media did cover the sale. Even the cross-publication, like The Guardian did not cover any of the details of the sale. The sale raised EUR281K - a pittance by any measure, but in excess of the pre-auction estimates (alas, these were provided by a domestic auctioneer, and are not confirmed by any major auction house outside Ireland). But what the sale and its coverage really highlights is the cardinal change in the art market since pre-bailout. Rumour has it, Anglo spent around EUR2 million on its 'art'… and back in 2012 its collection was appraised at cheerfully idiotic 'less than EUR1 million' (http://www.broadsheet.ie/2012/02/06/anglo-irish-bank-working-largely-in-the-medium-of-crap/). Some 18 months later… that shrunk to EUR281,000. "…it's time we began to laugh and cry and laugh again," as Leonard Cohen put it.


Amazing images of spring storm set against the setting of the Milky Way skies: 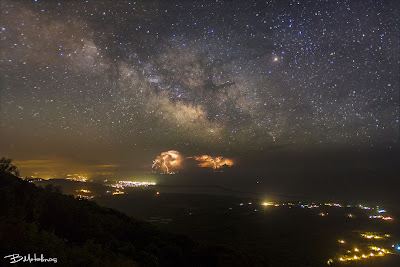 
Lastly, one of the greatest economists (or may be just thinkers) of our times, Ronald Coase died this week at the age of 102. Here are some articles worth reading concerning his life and work:
http://www.newyorker.com/online/blogs/johncassidy/2013/09/ronald-coase-and-the-misuse-of-economics.html
http://www.nobelprize.org/nobel_prizes/economic-sciences/laureates/1991/coase-bio.html
http://www.nobelprize.org/nobel_prizes/economic-sciences/laureates/1991/coase-lecture.html
His seminal article: The Nature of the Firm is available here: http://onlinelibrary.wiley.com/doi/10.1111/j.1468-0335.1937.tb00002.x/full
His second most influential paper was The Problem of Social Cost: http://grecof2.econ.univpm.it/esposti/wiki/lib/exe/fetch.php?media=didattica:coase_jle1960.pdf
Here's an excellent summary of his top 5 papers: http://www.washingtonpost.com/blogs/wonkblog/wp/2013/09/03/ronald-coase-is-dead-here-are-five-of-his-papers-you-need-to-read/
This year's NPR interview with Coase: http://www.npr.org/blogs/money/2012/05/09/152197483/nobel-laureate-ive-been-wrong-so-often-i-dont-find-it-extraordinary-at-all

My favourite quote: in reply as to what Coase thought of his failure to correctly anticipate the rapid rise of China's economic power, her said: "I've been wrong so often I don't find it extraordinary at all." That is one cool thinker in my book.

May his soul RIP!
Posted by TrueEconomics at 11:29 PM