With inflation (HICP) coming at 0.7% in October, so we are now no longer in the Non-Accelerating Inflation Rate of Unemployment (NAIRU) environment, but rather closing on what I would call a Near-Deflationary Rate of Unemployment (NDRU)... welcome to the madness of European econo-politics, where the Central Bank is powerless to do much to re-inflate the economy and fiscal authorities are powerless to restart growth, while households and companies struggle under the weights of debts. 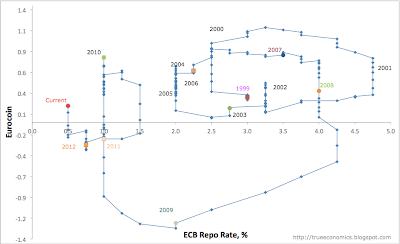 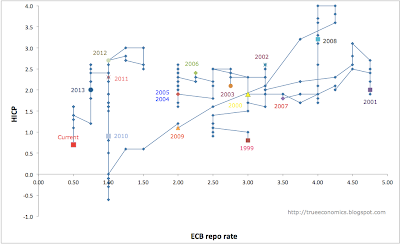 We are now at the lowest rate since November 2009 when it comes to HICP.