This time, let's take a look at what IMF unearthed on funding side of the banking systems. Fasten your seat belts, euro area folks… 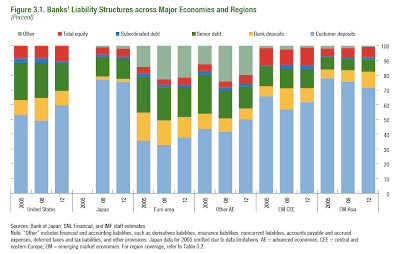 By all means, this is a picture of weaker euro area banks than US banks - something I noted here: http://trueeconomics.blogspot.ie/2013/10/9102013-leveraged-and-sick-euro-area.html 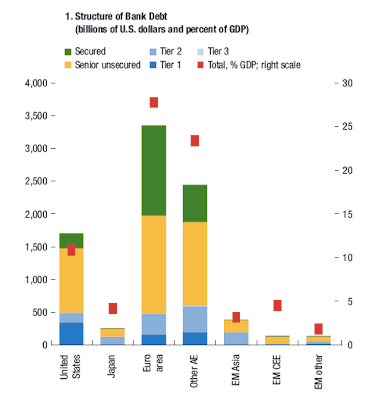 Per above, there is a massive problem on funding side for euro area banks in the form of huge reliance on debt (both secured and unsecured). The US banks are much less reliant on secured debt (they can issue real paper and raise securitised funding) and they rely less overall on borrowing.

Chart below shows the structure of secured bank debt. Euro area again stand out with huge reliance on covered bonds. US stands out in terms of its continued reliance on MBS. The crisis focal point of the latter did not go away… and the crisis focal source of contagion - banks debt funding - has not gone from euro area's 'reformed' banks. 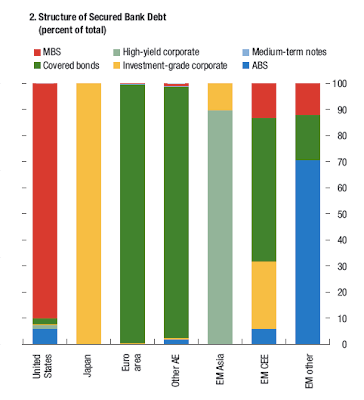 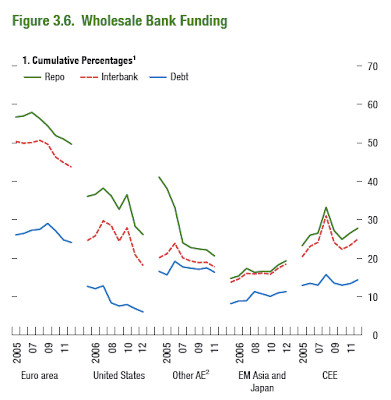 Happy times... Mr Draghi today expressed his conviction that euro area banks have been cured from their ills... right... hopium-783 is the toast of Frankfurt.

Posted by TrueEconomics at 9:01 PM