Data on patents and patent applications for Ireland was published today by New Morning IP. Here's their summary and couple of my comments:


Now, my look at the data:
Charts: 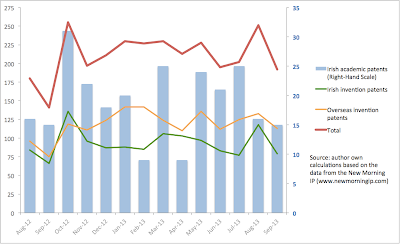 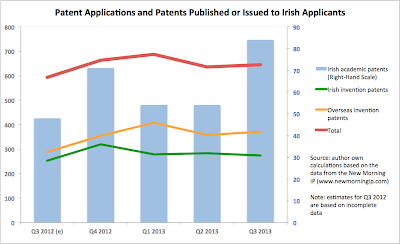 Posted by TrueEconomics at 11:26 AM