This is the second post of my WLASze: Weekend Links on Arts, Sciences, and zero economics for this week.

Enjoy and be warned, I do stray into 'some' economics (but only as 'science') in this one...


"By discovering a new set of solutions to the famous Maxwell equations governing electromagnetism, Hridesh Kedia of the University of Chicago and his colleagues have shown that light can be tied up in knots. Here the purple and gold cords represent the twisted magnetic field lines of knotted light." Ughh?.. No, really cool - read more here: http://www.scientificamerican.com/article.cfm?id=tying-light-in-knots-slide-show

And… "The same University of Chicago lab, led by William Irvine, also recently discovered a way to tie water up in knots. This photograph shows a basic knotted shape called a trefoil knot made of water, imaged by light scattering off tiny gas bubbles in the liquid." 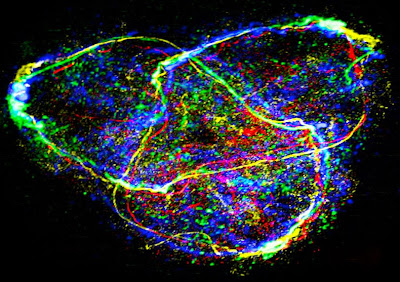 Question for scientists… can anyone untie the knots of Irish policymakers' ideas? Like the following conjecture: to deal with the effects of the property bubble collapse, Budgets 2010-2014 introduced series of property markets tax incentives… Bet that'll be harder than Maxwell's equations…


But this is WLASze, so let us not dwell too long on matters of Irish policies. Even if for the purpose of advancing the science of the bizarre…

So back to sciences: "Society's techno-social systems are becoming ever faster and more computer-orientated. However, far from simply generating faster versions of existing behaviour, we show that this speed-up can generate a new behavioural regime as humans lose the ability to intervene in real time."

Ok, this is potent stuff. And where better to look for such 'machine outpaces mankind to defeat the entire purpose of the human-made system' than in financial markets (I can't shake off this year's 'Nobel' in Economics)… So: "Analyzing millisecond-scale data for the world's largest and most powerful techno-social system, the global financial market, we uncover an abrupt transition to a new all-machine phase characterized by large numbers of subsecond extreme events. The proliferation of these subsecond events shows an intriguing correlation with the onset of the system-wide financial collapse in 2008. Our findings are consistent with an emerging ecology of competitive machines featuring ‘crowds’ of predatory algorithms, and highlight the need for a new scientific theory of subsecond financial phenomena." 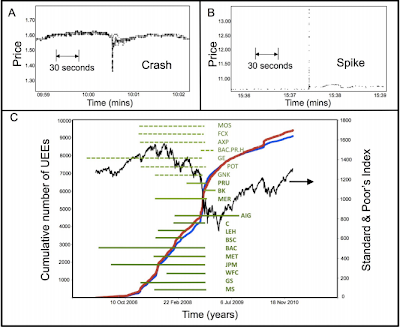 Or in different visualisation: 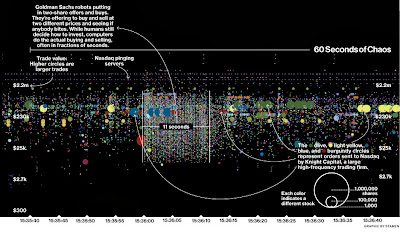 Ok, now that I am onto Financial Markets and their 'efficiency' - a compendium of links explaining this year's Nobel Memorial Prize in Economics. No commented from me:

I recently wrote about the determinants of what makes content go viral on social networks (see link here). The study was based on Google+ - a network that Google seems to think is a major one, yet everyone else seems to think of as a 'may be one day' contender. Now, more real viral propagation visualisation via twitter: 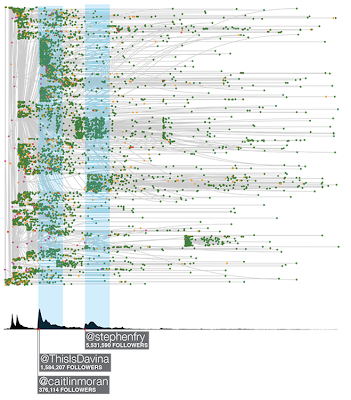 
As Apple is pushing ahead with the meat (USD5 billion) plan for new HQs in Cupertino, CA, here's an overview of the project: http://www.dezeen.com/2013/10/16/fosters-apple-campus-unanimously-approved-by-cupertino-city-council/ 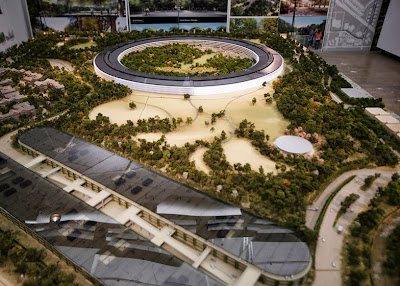 As a life-long fan of Apple (I still have a working-order first marketed laptop by the company in my collection and our household has a pile of interconnected Apple devices) all I can say is, sadly, with the shift in Apple's fortunes, the company is now running out of ideas… But wait, I am not alone: http://www.dezeen.com/2013/09/13/apple-has-reached-creative-saturation-says-steve-jobs-colleague-hartmut-esslinger/


On a beautiful side (to round off this week's WLASze): Gagosian Gallery is hosting a Willem De Kooning Ten paintings show, comes November 8:
http://www.gagosian.com/exhibitions/willem-de-kooning--november-08-2013

De Kooning is a master of light and contrast, depth and balancing extremal abstract expressionism with minimalism. His work is stark, striking, bright with simplified, distilled essence of countering colour and movement and space. These are his later works, right before his death in 1997. 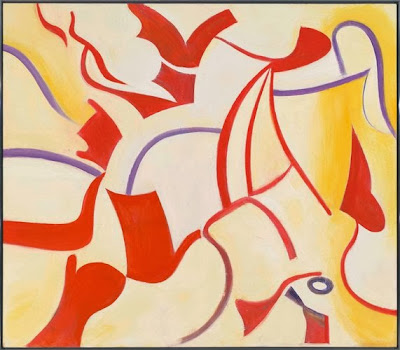 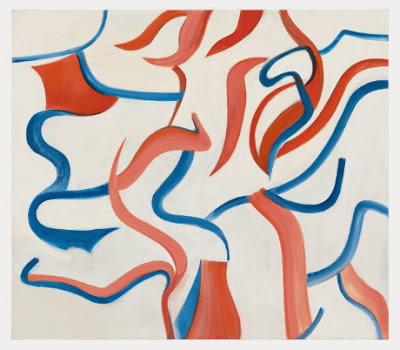 The middle image above is taken from the coverage of the MoMA retrospective of de Kooning's works back in 2011.

It was not always thus, as you can see from his earlier works, such as Gotham News, 1955: 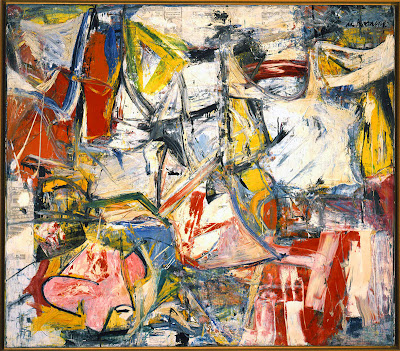 You can see more of de Kooning's works here: http://www.benditz.de/ and here: http://theartstack.com/artists/willem-de-kooning

Enjoy. De Kooning is a great master with deep, often disturbed depth of psychological insight alternating with organic capacity to surprise, to open up that momentary window into viewer's own imagination...

Posted by TrueEconomics at 9:47 PM