Another data update - for bilateral Russia-Ireland trade flows. It's been some time since I looked at these series (CSO reports the data monthly with 1 month delay on overall trade flows data). 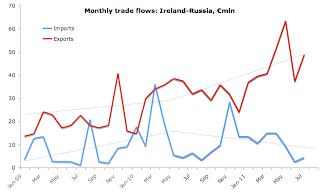 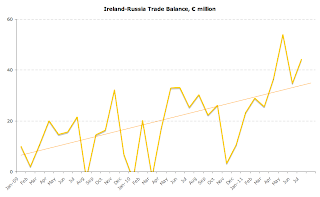 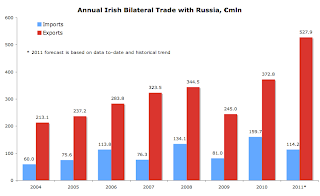 Of all BRIC countries, Russia was the only country that delivered improved trade surplus for Ireland.
Posted by TrueEconomics at 9:53 PM