Consumer prices inflation is now running above 2.5% in Ireland and the usual culprits are to be blamed. 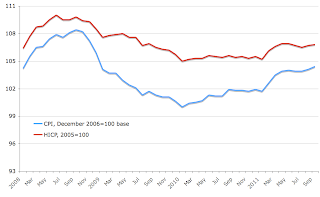 All Items CPI is now in annual expansion since August 2010. Moderate rates of under 1.7% CPI were exhausted in January 2011 and since then we have entered the period of excessive inflation, especially compared with the overall stagnant domestic demand activity. This means that accelerating price increases are no longer acting to support economic growth, but are compressing already strained household budgets and increasing future pressure on interest rates. It is worth noting that ECB decisions on rates are based on HICP, not CPI, which means that with Euro area HICP at 2.5% in August and July, against HICP rates at or above 2.5% every month since April 2011, the rates direction should be up. 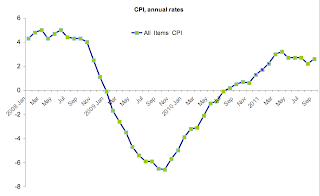 Pert CSO, the most notable changes in the year were:
The most significant monthly price changes were: 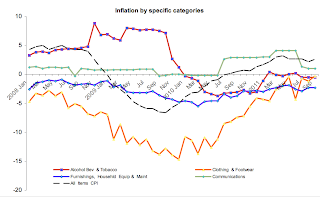 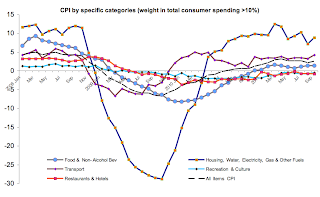 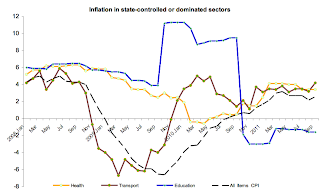 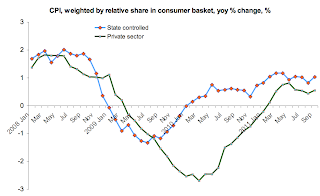 Posted by TrueEconomics at 1:20 PM