Couple of weeks ago, Ireland's Open Republic Institute and Canada's Fraser Institute published annual Economic Freedom of the World Index - the most comprehensive and academically credible index of institutional quality of economic environments around the world. Unlike other similar indices, EFW uses latest comprable available data for all countries in the index and undertakes detailed assessment of the largest number of criteria in arriving at its final rankings.

The results for Ireland are not good. As well as for Europe overall. 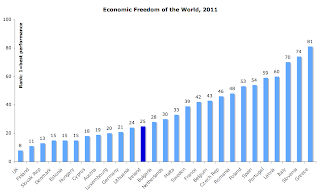 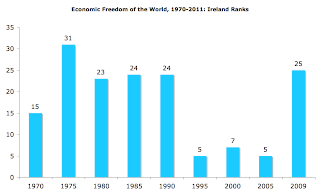 We are now ranked back in the position that is consistent with economic environment-determining institutions quality that is worse than the entire 1980s!

Charts below summarize the sources of our underperformance: 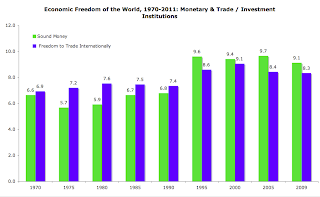 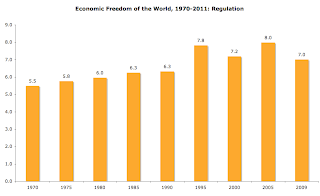 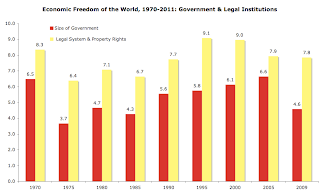 The data above refers to performance parameters for 2009. Since then, Irish economic conditions and policies have deteriorated substantially so we can expect further downgrades in the index.
Posted by TrueEconomics at 11:42 PM