September PMI for Manufacturing and Services have signaled continued weaknesses in much of the activity, including: 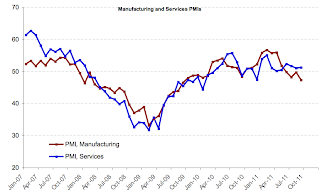 However, it is in the employment sub-indices where the entire nature of our exports-led 'recovery' becomes apparent. 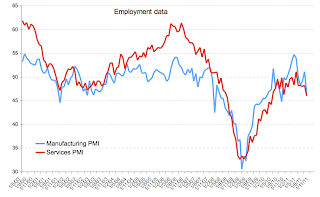 The chart below shows clearly that we are in a jobless 'recovery' scenario for Services (with 'recovery' part of the equation being extremely weak) and in recession scenario for Manufacturing: 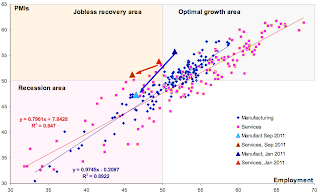 And the next chart shows that the 'exports-led recovery' tale is not alleviating the misery of unemployment reality, as predicted. 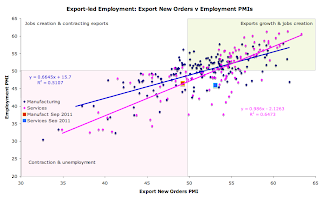 Posted by TrueEconomics at 9:05 AM