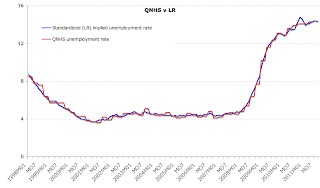 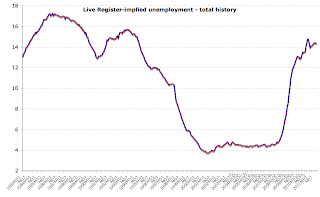 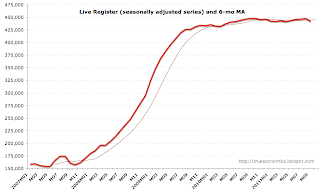 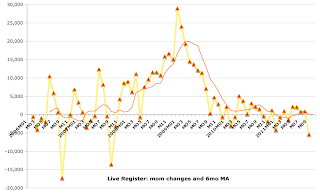 Charts above illustrate the two trends - one of moderating decrease in LR and the other chart showing just how significant the drop of 5,700 is compared to historical monthly changes.

On a seasonally adjusted basis there were monthly decreases of 3,000 males and 2,400 females on the Live Register in September 2011 which implies that female unemployment (of lesser vintage than average male unemployment) is somewhat sticker for now. The same is confirmed by the annual data, with the number of female claimants increasing by 2,834 (+1.9%) to 155,453 over the year, while the number of male claimants decreasing by 7,810 (-2.7%) to 281,988.

Trends for national v foreign workers on LR and for casual and part-time LR signees are illustrated below: 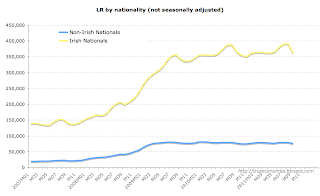 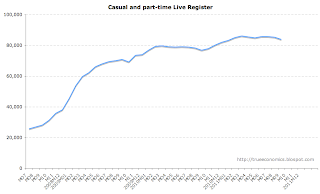 So on the net - the new data is encouragingly strong on monthly decline side, but requires further confirmations in October-December to raise confidence that we are witnessing a sustained trend. It also requires cross-referencing to changes in the labour force that can only be performed using QNHS results for Q3.

Posted by TrueEconomics at 2:08 PM