Retail sales for September came in with a major disappointment with a drop of 0.8% in Volume and an annual decline of 2.9%. The Value of retail sales fell 0.6% mom and declined 3.3% yoy. Given catastrophic collapse of the retail sales through the crisis to-date, the latest figures are grim. 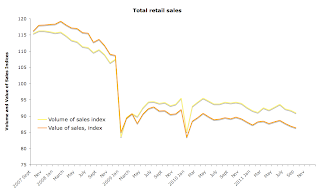 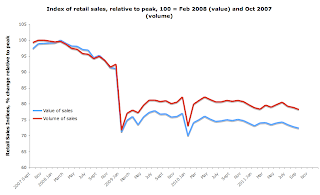 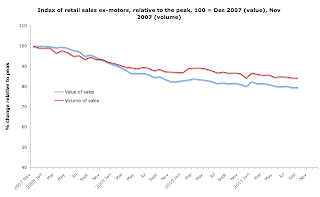 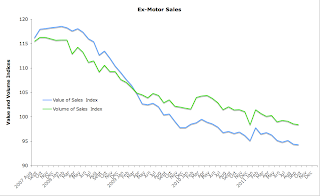 Quarterly series movements are showing substantial strain on retail sales, as detailed in the charts below. 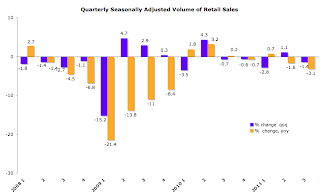 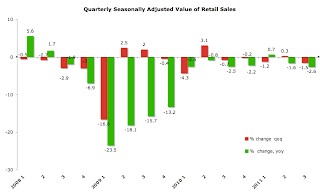 Per CSO: "The only categories that showed month-on-month increases were Electrical Goods
(+2.7%), Department Stores (+0.3%), Oher Retail Sales (+0.5%) and Non Specialised Stores (+0.2%) in the volume of retail sales. Furniture & Lighting (-4.2%), Motor Trades (-3.4%) and Food Beverages and Tobacco (-2.8%) were amongst the categories that showed month-on-month decreases in the volume of retail sales."


But fear not, allegedly, exports of Viagra etc are going to replace all the jobs being lost in the retail sector as soon as we've turned another corner.
Posted by TrueEconomics at 12:19 PM