So for a poor start of the week, Monday data on manufacturing across the euro area continues to push the stagflationary growth scenario.

First, the eurocoin leading economic indicator came in at another contraction in September - see details here.

Second, gloomy PMIs readings across the entire euro area are, not surprisingly, confirming slowdown and contrasting the UK (although not too-cheerful 51.1 reading, on a foot of a 49.4 revision in August, with UK new export orders sub-index falling to 45.0 from 46.9, reaching the lowest level since May 2009): 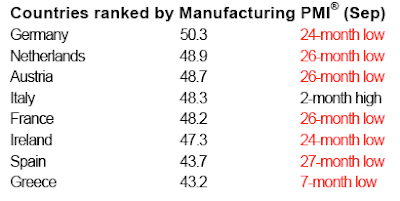 So manufacturing activity overall is followed now by new exports fall off as well: 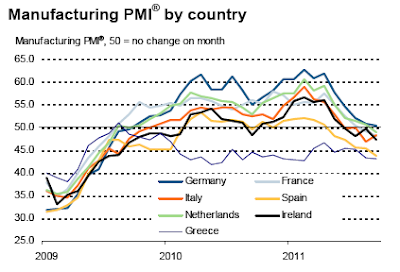 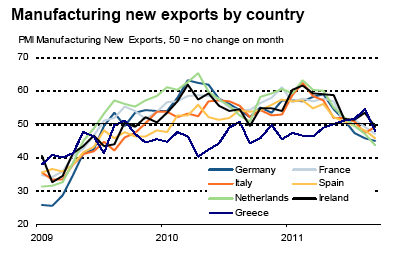 All of this has been building up for some months now. The latest Eurostat data (through July 2011) shows already nascent trends of weaknesses on manufacturing and broader industry sides:
Manufacturing: 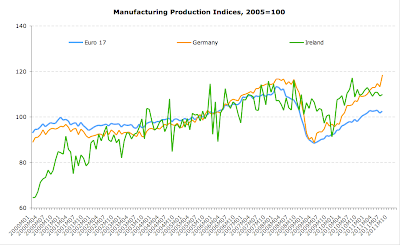 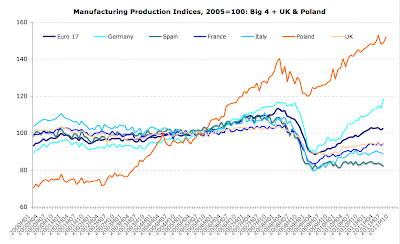 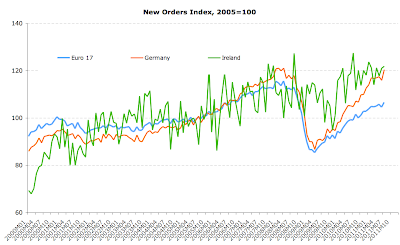 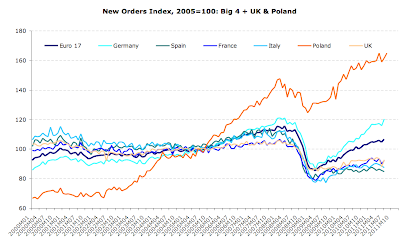 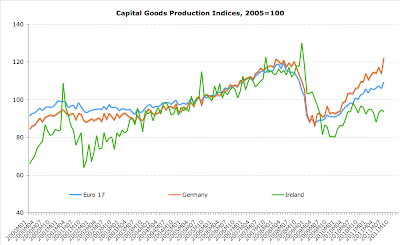 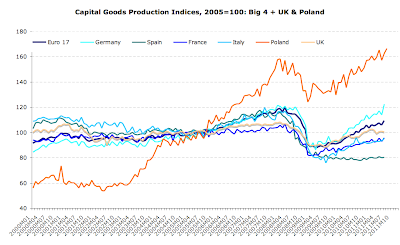 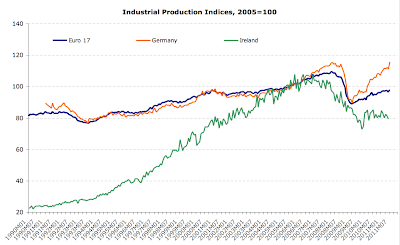 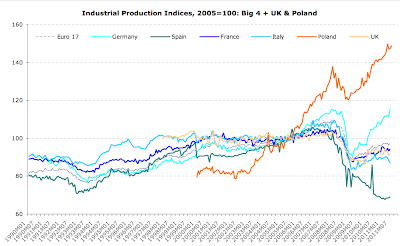 Things are now looking structurally weak, rather than temporarily correcting.
Posted by TrueEconomics at 1:38 PM