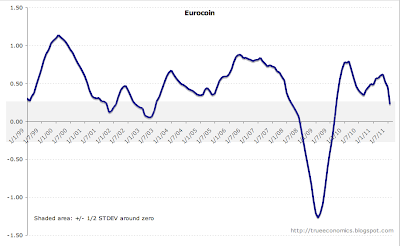 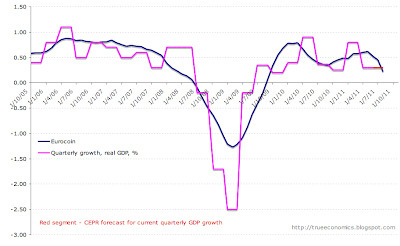 Updated charts relating Eurocoin to the ECB policy rates show lower expected fundamentals-determined repo rate at 2.5-3.5% based on Eurocoin and 2.75-3.25% based on HICP - both well ahead of the current rate of 1.5%. 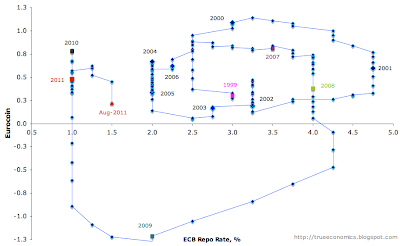 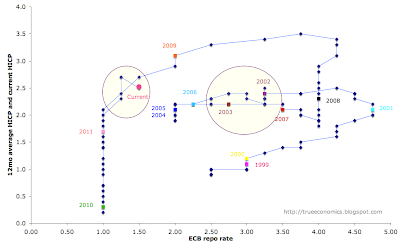 The core drivers for Eurocoin decline in August were:
In short, all components of growth forecast are showing substantial deterioration, with 3 out of 5 main headline readings in contraction and 2 main readings in zero growth ranges.

Posted by TrueEconomics at 10:16 AM