Following a precipitous collapse of the US consumer confidence this month (see posts here and here for details), the EU has just posted a series of consumer, business and economic sentiment indicators that are showing a massive drop in overall economic activity across the board. Here are the details.

Starting with Economic Sentiment Indicator (ESI) first:
Two charts to illustrate - one of complete historical series, and one of a more recent snapshot: 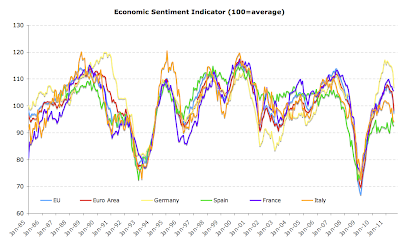 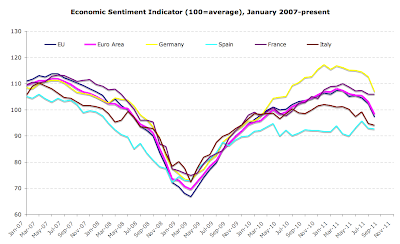 What the historical series show is a worrisome trend: 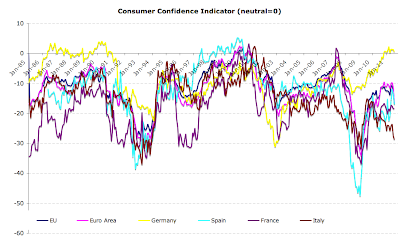 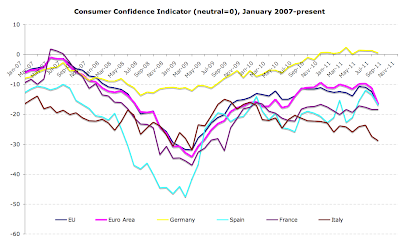 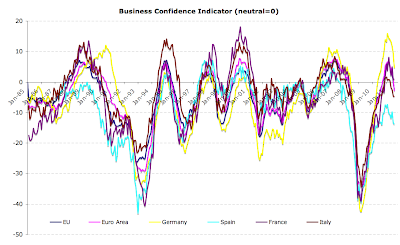 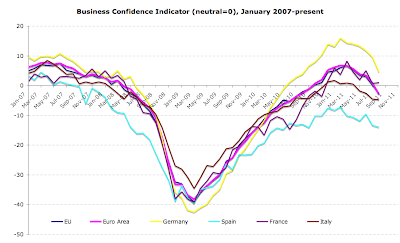