Live Register data is out today for July. 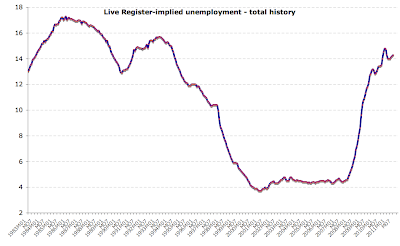 Again, quoting CSO: "Since May 2010 the seasonally adjusted Live Register total has remained within the range of 440,700 and 448,200, indicating that while there have been fluctuations, the overall trend in the Live Register has remained relatively flat over this period." 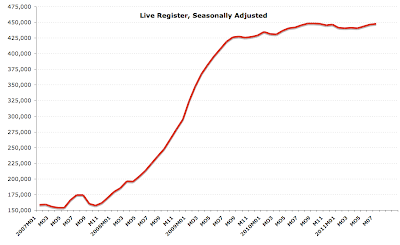 Of course, the statement above can be checked against a shorter-term horizon trend: year on year there has been an increase of 2,400 in seasonally adjusted LR or 0.54%. In June 2011 the same figure was 4,600 or +1.04%, suggesting that the July bounce up is rather shallow. 3mo moving average for current period is up 1.13% on previous period. This confirms CSO statement. 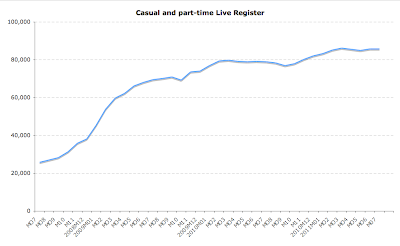 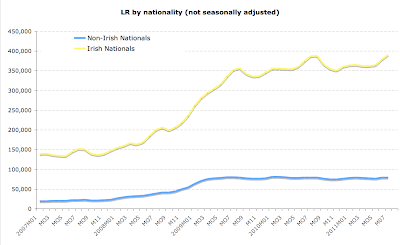 Posted by TrueEconomics at 11:18 AM

Dr Gurdgiev,
Is it possible to map personal debt figures against the unemployment graph since the Eighties above as an attempt to analyse how much tougher this downturn is vis a vis the last dip?
Many thanks for all the good work.
Best blog around for my (limited) money.