Unlike Manufacturing PMI, Services sector data points to continued expansion, albeit at a slower pace. Headline numbers are: 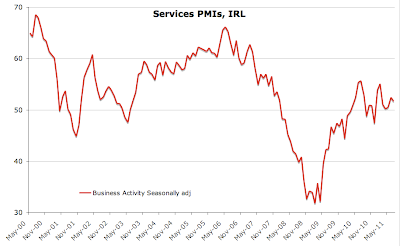 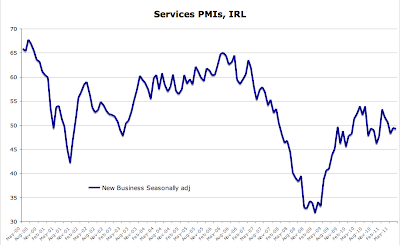 A more recent snapshot of data: 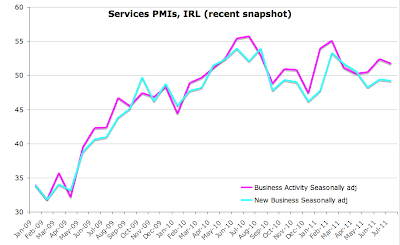 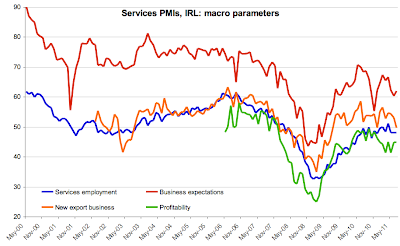 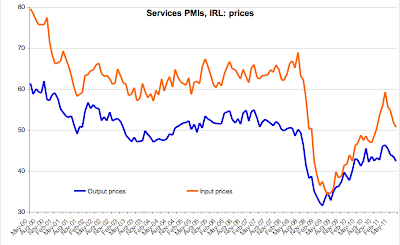 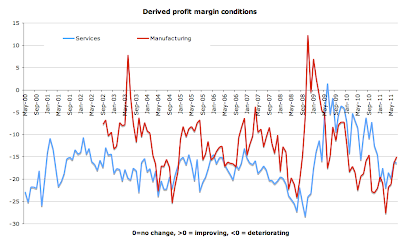 So just as in the case of Manufacturing, Services PMI signals disappointing results for July 2011 and weak signals for forthcoming months.
Posted by TrueEconomics at 9:41 AM