European industrial production indices released today show that through June 2011, core Euro area economies have slowed down significantly their industrial and manufacturing output growth. This outcome, well flagged earlier by PMIs and eurocoin leading indicator of economic activity, implies that in all likelihood, Euro area growth for Q3 2011 is going to show if not an outright contraction, at the very least flat-line performance.

For Ireland (we have data through July now - see PMI data analysis for manufacturing and services, plus additional analysis of exporting activity and industrial turnover and volumes) this trend is now fully established with either contraction signals remaining persistent over recent months or flat-line trend being established on more volatile industrial production data for some 12 months now.

But what about the rest of the EU and the Euro area? Here is the data. 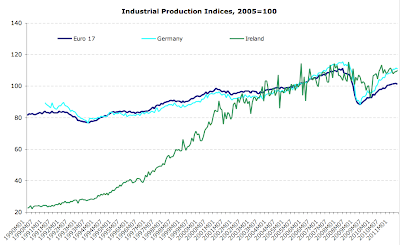 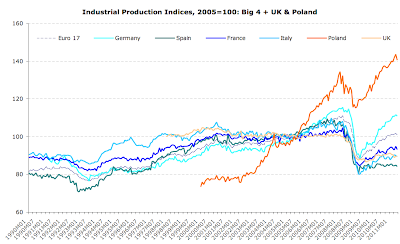 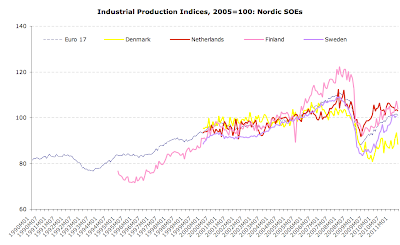 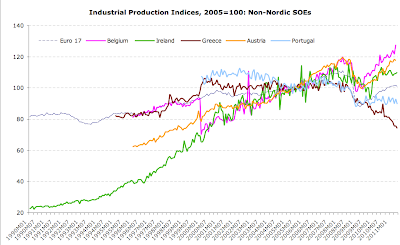 On Manufacturing side: Denmark, Germany, Greece, Spain, France, Italy, the Netherlands, Poland, Portugal, Finland and the UK all showed declines in output activity. Only Ireland posted a rise in June. 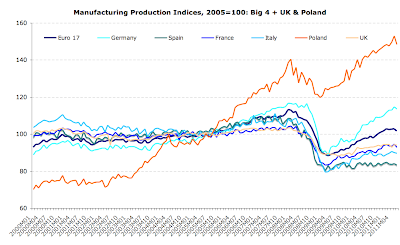 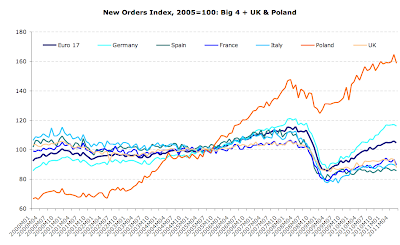 Again, as before, new orders fell in Denmark, Germany, Greece, Spain, France, the Netherlands, Poland, Portugal, Finland and the UK. The New Orders sub-index rose in June in Ireland and Italy. 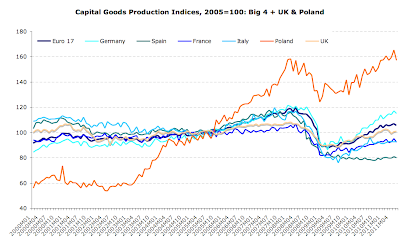 Posted by TrueEconomics at 5:54 PM