Meanwhile, Irish manufacturing PMIs (published by NCB) for July similarly came in with disappointment. Here are the updated numbers: 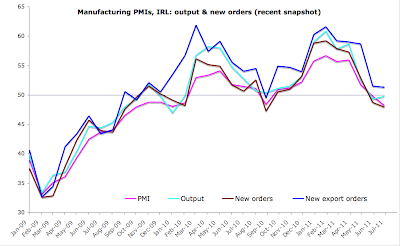 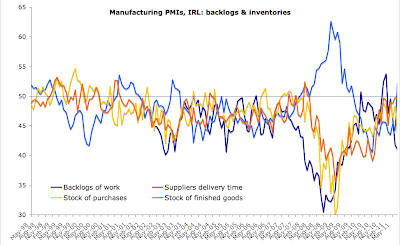 On profit margins side: 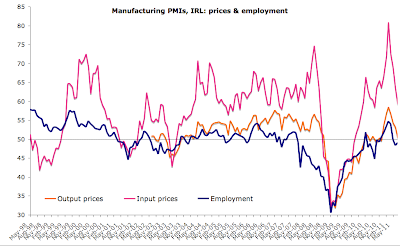 This, of course is disheartening. The chart below updates the pace of 'recovery' in Manufacturing for July data: 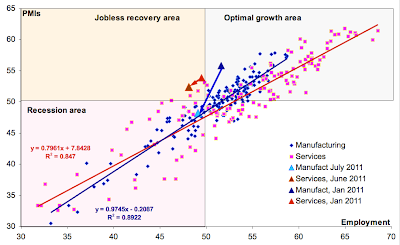 Please note: data is sourced from NCB publication, while all charts and statistical details as well as analysis are supplied by me.
Posted by TrueEconomics at 10:30 PM