So credit available to enterprises and households in Ireland is still falling. More significantly, households are accumulating overdraft liabilities. And the cost of these facilities is rising.

Not a good sign, suggesting households and corporates are being squeezed on both ends of the debt deflation pump. 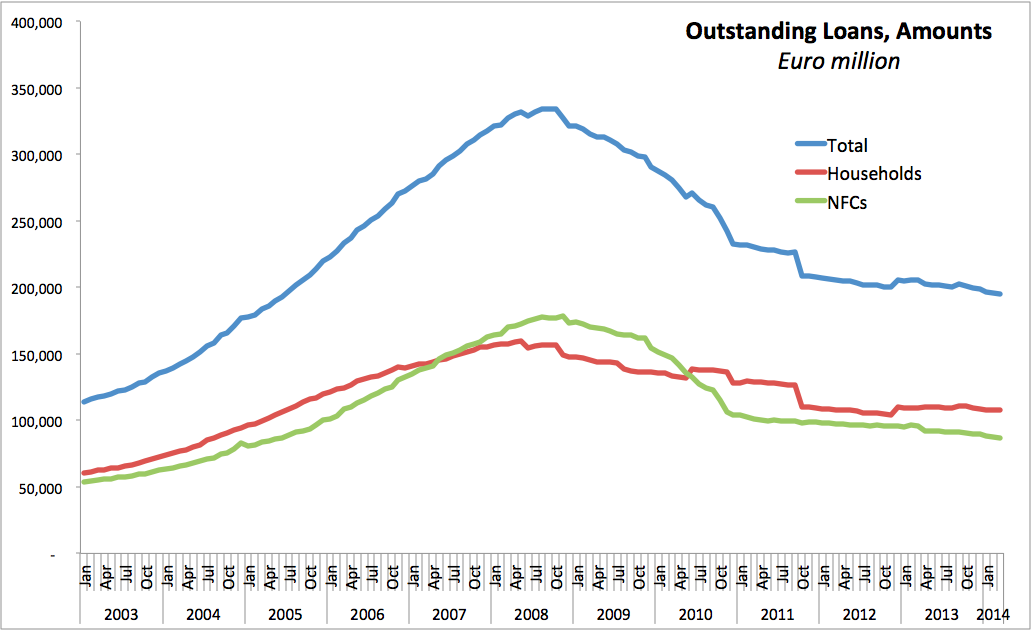 Posted by TrueEconomics at 1:03 PM