Irish Central Bank and Government departments have been pushing hard to convert Irish economy into cashless, electronic accounting data storehouse, where everything gets counted and taxed (at least in theory).

Meanwhile, in Ireland's real economy, cash remains the king as the only metric of money supply still expanding in the deleveraging hell gripping the financial system: 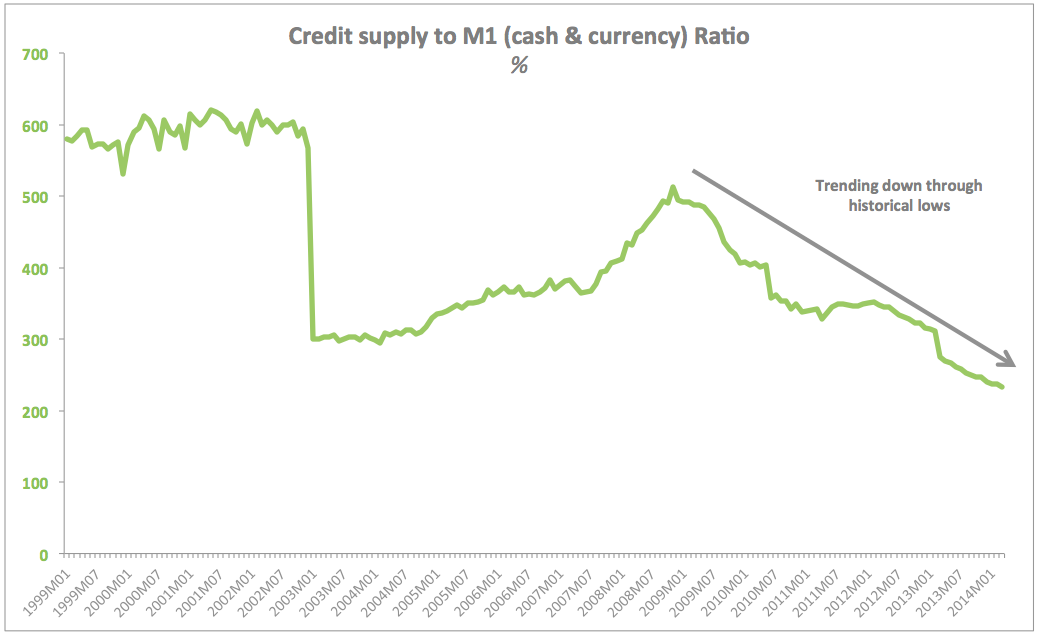 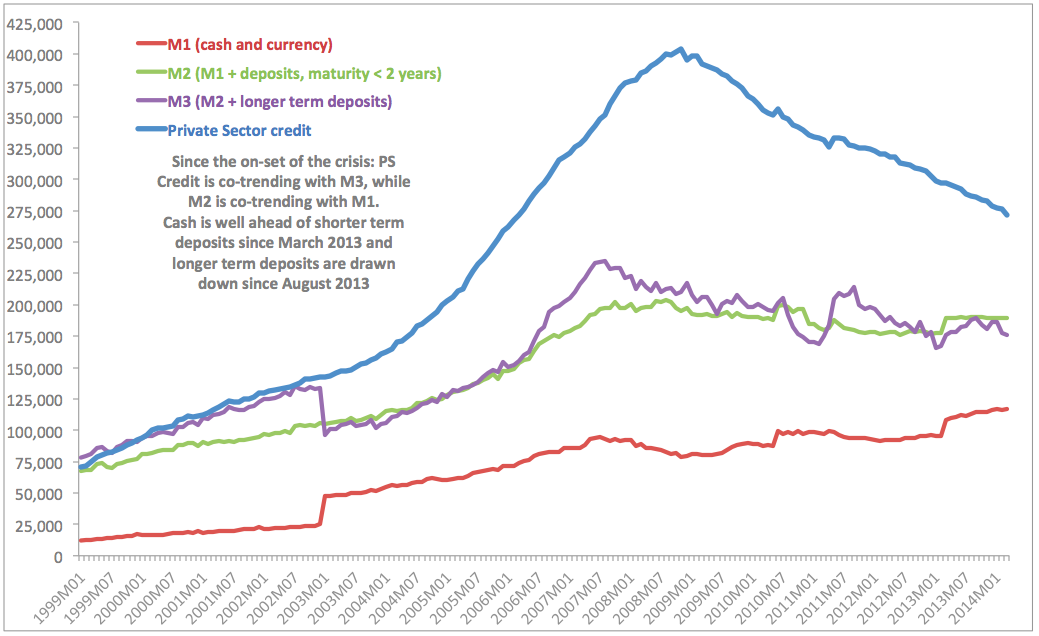 To remind you: in Q4 2013, Irish private households' deposits fell to their lowest point since March 2009 (note, this makes them the lowest since around Q3 2005 as current figures reflect addition of the Credit Unions deposits to the dataset (they were not counted in until January 2009).

That's right... let's do away with cash so Irish banks deposits get another superficial (accounting) boost and few million worth of tax euros flows into the state coffers. Happy times all around... we know Irish households are getting richer and richer by day...
Posted by TrueEconomics at 2:57 PM

Cash remains king and it should stay that way