Undoubtedly, you heard much about the latest IBF data on mortgages approvals showing huge increases in lending in March 2014 compared to March 2013. But are these increases as dramatic as the IBF claims?

Well, let's take a look at the data:


Two charts to illustrate above numbers: 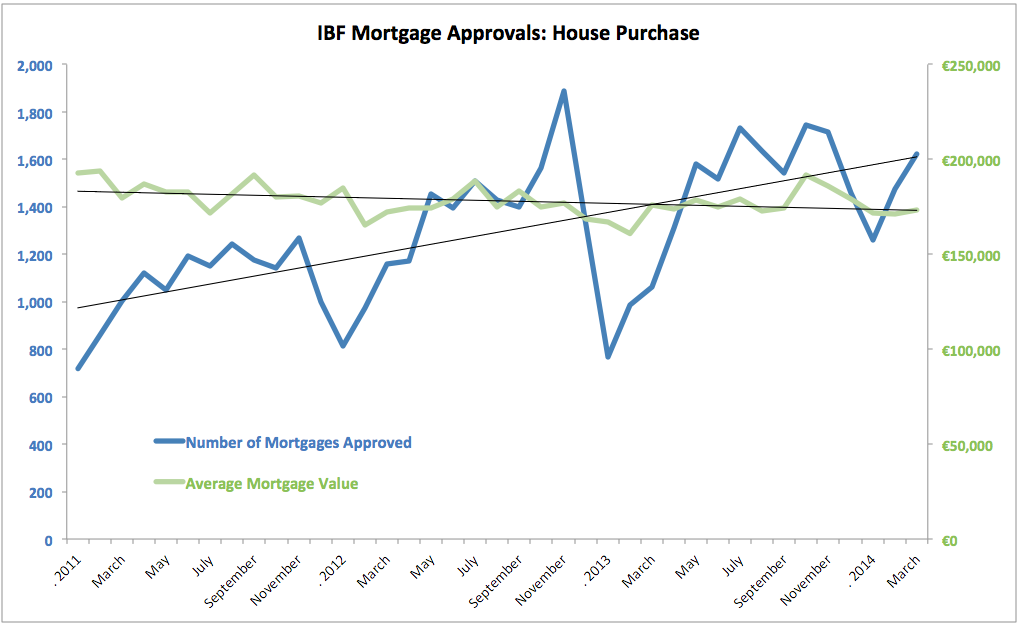 Note two things from above chart: 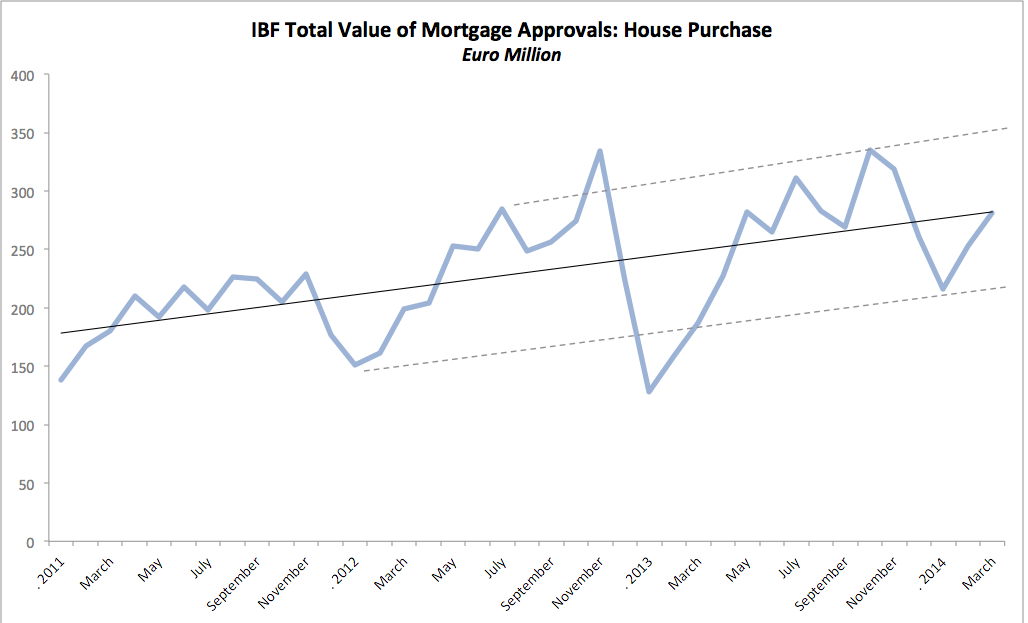 Note to the above chart: we are bang-on the trend line in March, so nothing surprising in the rise - it is in line with longer term trend. The series continue to show support to the upside, which is a good news.

But here is the kicker. Coming back to that problem period of November 2012 - April 2013, we have a pesky little problem: how do we compensate for the one-off change in mortgages issuance that took place due to changes in taxation. One way (pretty much the only way) is to compute trend and use it to replace the actual outruns in these 'troublesome' months. I've done this before, so you will be familiar with the chart below: 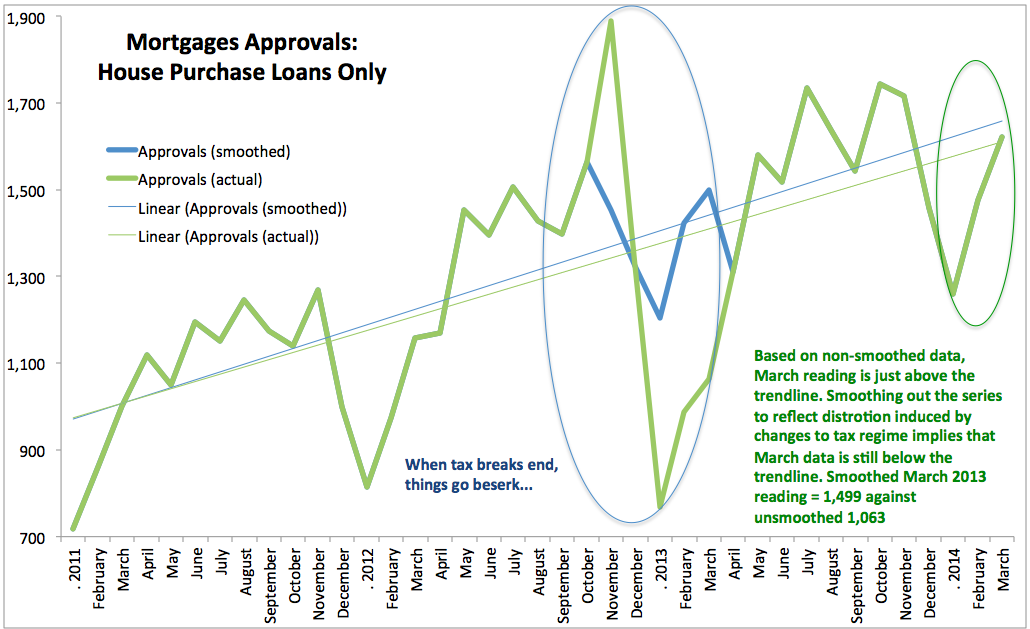 Here's the thing: in IBF data we have a 53% rise in house purchase mortgages approved in March 2014 y/y. Adjusting for the one-off tax changes yields a much shallower rise - of 8.2%. Ditto for value data: IBF data shows 50.3% rise, but adjusting for volatility induced by tax changes, we have a 5.4% rise.