BlackRock Institute published their April 2014 survey of economic conditions in EMEA region. Here are some takeaways:

"Globally, respondents remain positive on the global growth cycle with a net 78% of 40 respondents expecting a  strengthening world economy over the next 12 months – an 9% decrease from the net 87% figure last month. The consensus of economists project mid-cycle expansion over the next 6 months for the global economy." 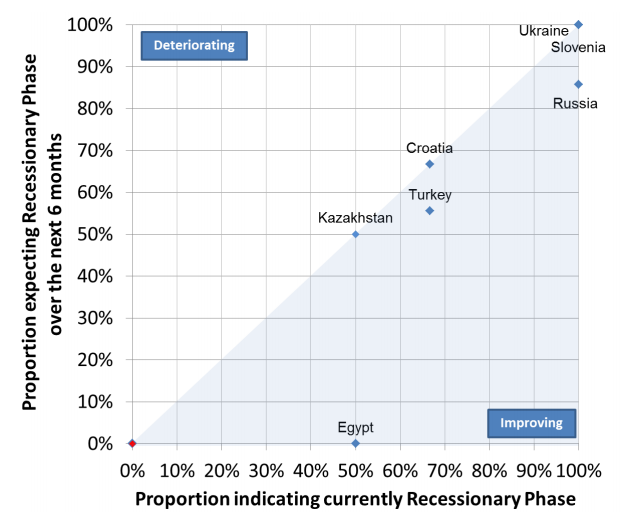 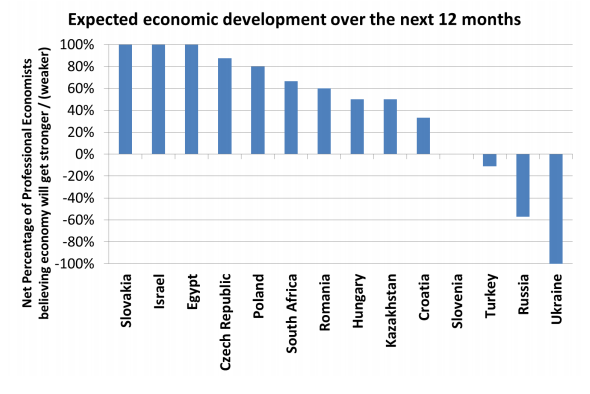 Note: these views reflect opinions of survey respondents, not that of the BlackRock Investment Institute. Also note: cover of countries is relatively uneven, with some countries being assessed by a relatively small number of experts

Posted by TrueEconomics at 4:31 PM