Irish Manufacturing and Services PMIs were out for April both showing aggregate gains, both not reported sufficiently in terms of data coverage to make any verifiable statements about composition of these gains. 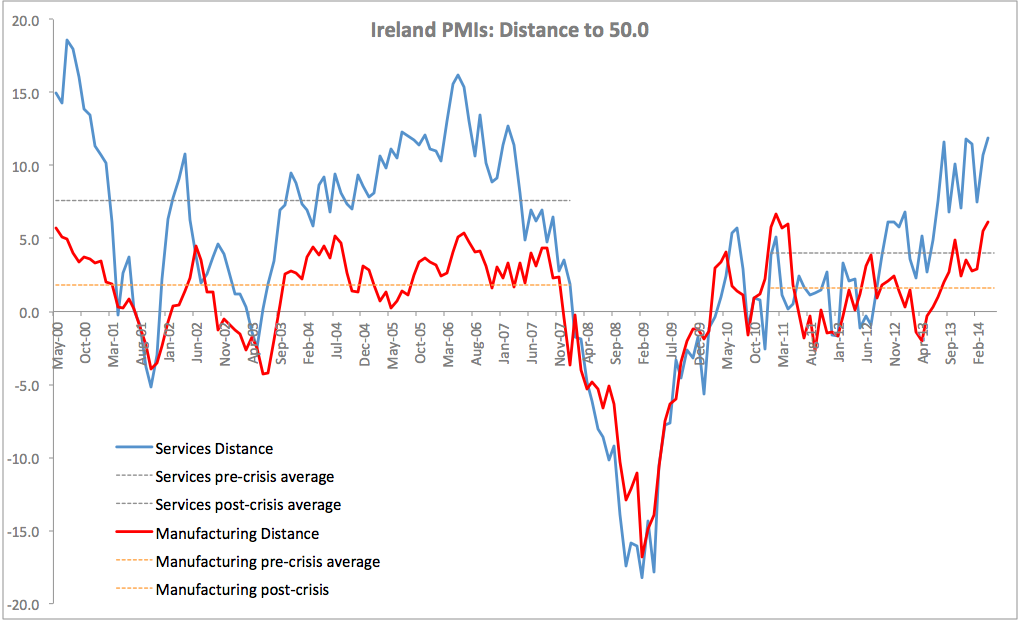 However, 3mo MA on 3mo MA changes are not spectacular in Services sector, as the chart below shows. This might simply be due to already sky-high readings attained in recent months. 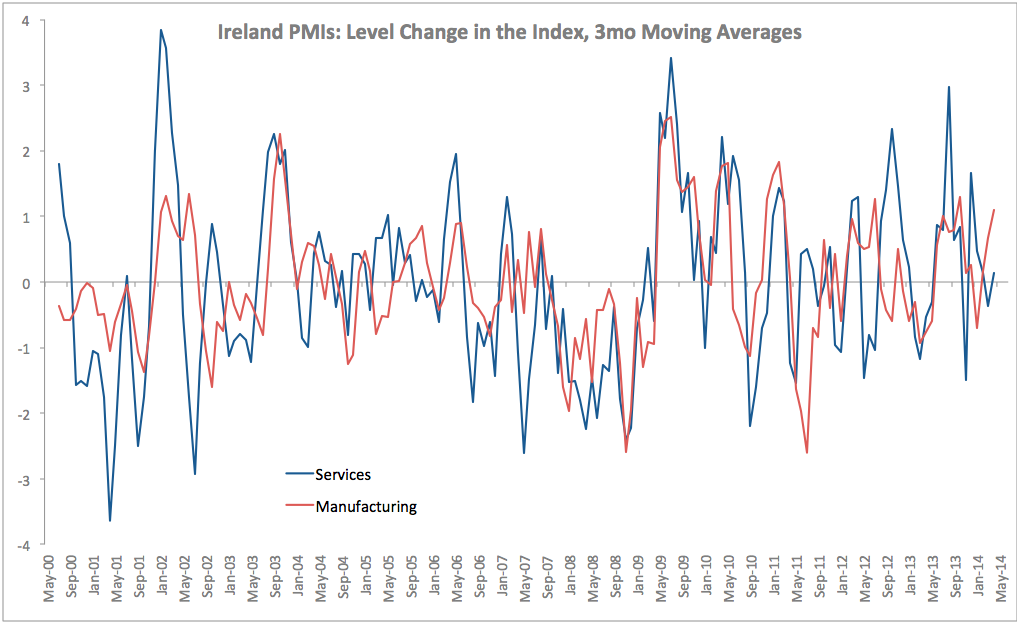 Both indices show expansion in the economy (a changed from same period 2013) and as the chart below shows, correlation between the two indices is running strong (both co-move currently). 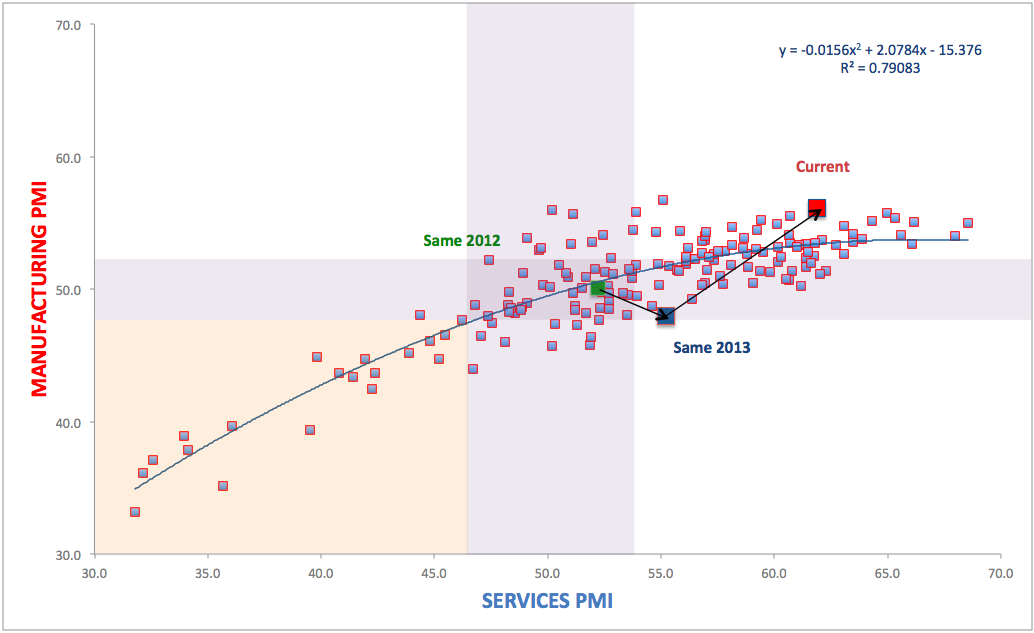 So based on top-level data, things are improving. The caveats are as usual:
In short, just as sell-side stockbrokers reports and Consumer Confidence Indicator, PMIs are least useful in telling the real story just when the demand for such story is most acute.
Posted by TrueEconomics at 10:01 AM