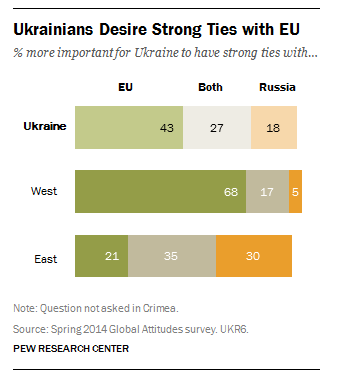 "Most Ukrainians have soured on Russia, with many saying Russia is having a negative influence in their country and that it is more important for Ukraine to have strong ties with the European Union. Nonetheless, Ukrainians are divided in their evaluations of the influence of western nations in their country and express doubts about German Chancellor Angela Merkel’s and U.S. President Barack Obama’s handling of foreign affairs. In addition, Russian-speakers in the east, as well as residents of Crimea, have greater confidence in Russia than either the EU or the U.S."

The significance of this can be overstated (sample is only 1,659 adults or understated (given the immense degree of uncertainty in the current situation, the divide between Western and Eastern Ukraine is striking). 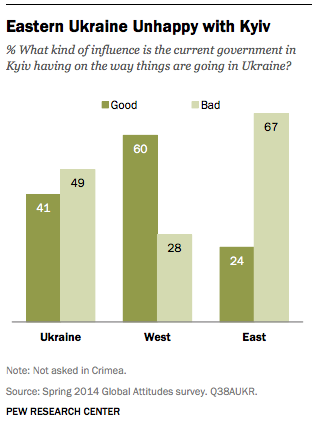 In relation to the role the West-East division plays in the crisis going forward, since the past is now likely to remain the past: 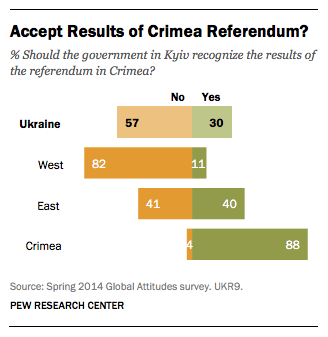 So here is a series of tweets I sent out over the last two days that explain my view of the 'next step' strategy that might be playing out in Ukraine: 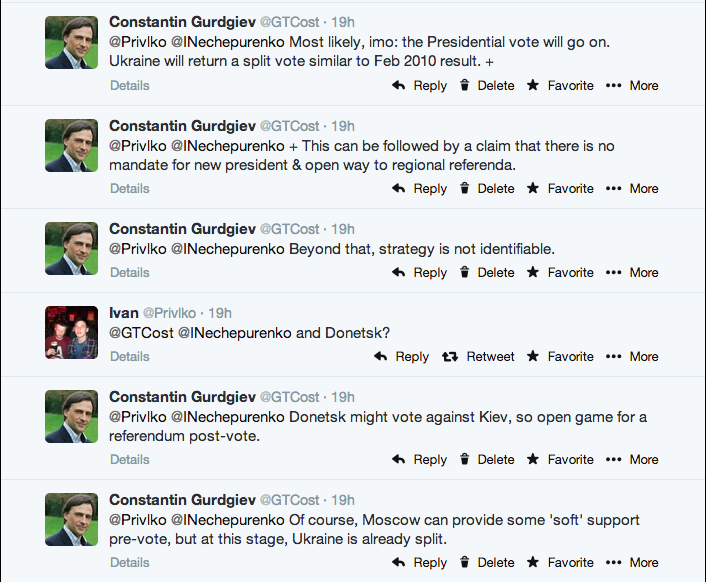 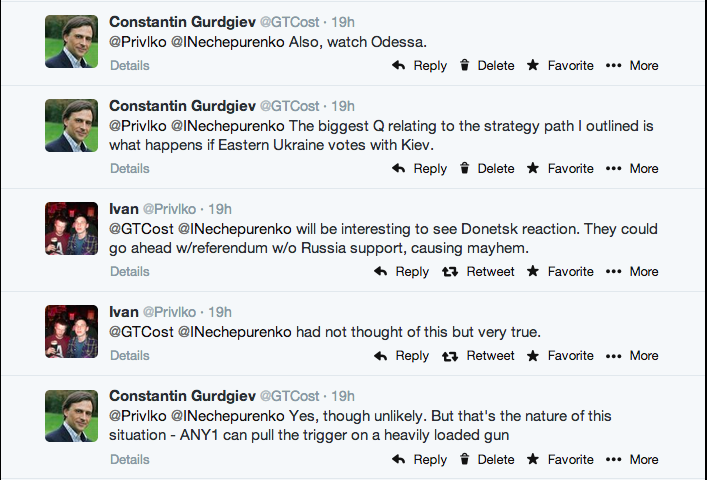 Also, in reply to today's announcement from Donetsk that pro-Russian separatists intend to continue pushing for a referendum despite Moscow standing down on one (read from bottom up): 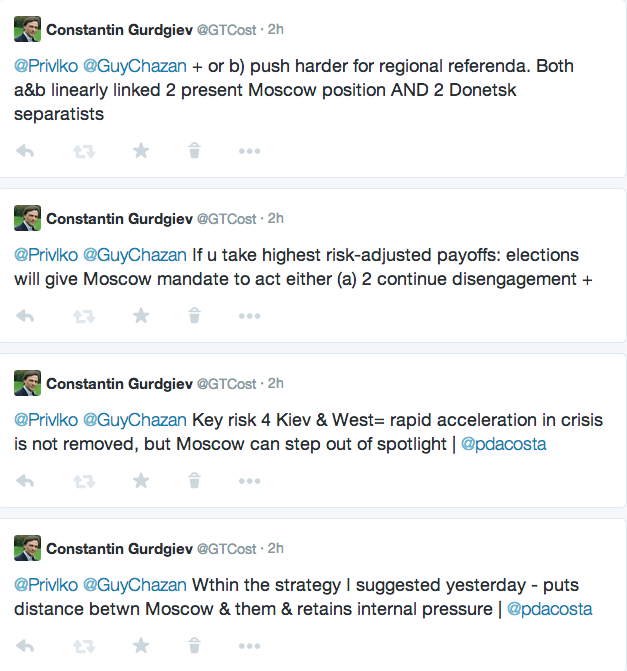 Posted by TrueEconomics at 2:45 PM