In the previous post on Retail Sales data, I covered Q2 comparatives across the years (http://trueeconomics.blogspot.ie/2014/05/3052014-that-state-sanctioned-inflation.html). As promised, here is April data taken on a monthly frequency.

There are several very interesting developments in terms of core retail sales data released earlier this week by CSO. Stay patient as I cover it.

Firstly, from the top level: 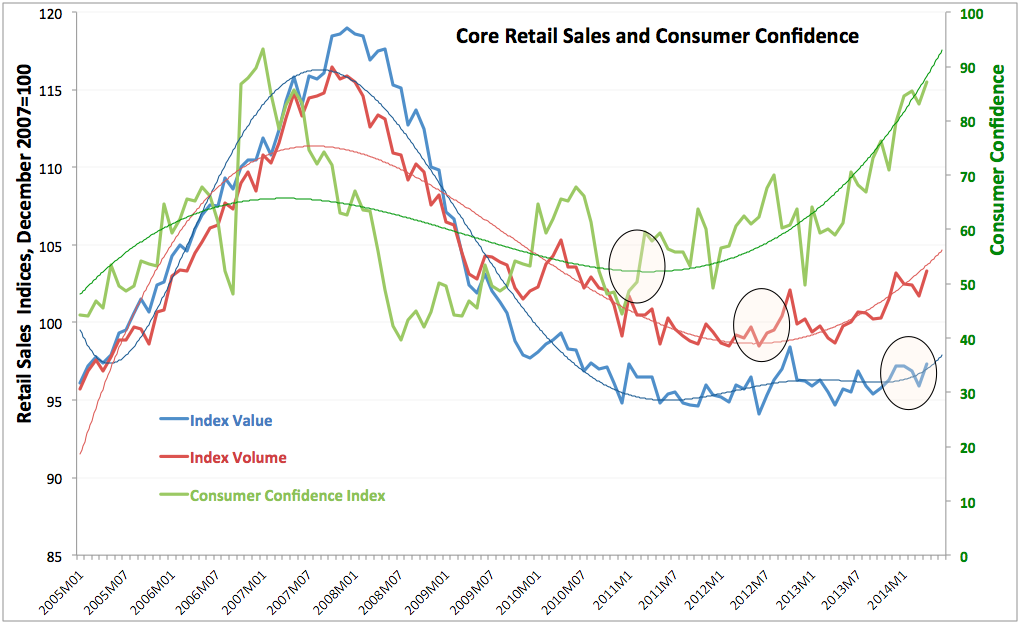 Notice the following from the chart above:


Now onto my own Retail Sector Activity Index (RSAI), which is a weighted average of 3mo MAs for Volume and Value of Retail Sales Indices and Consumer Confidence: 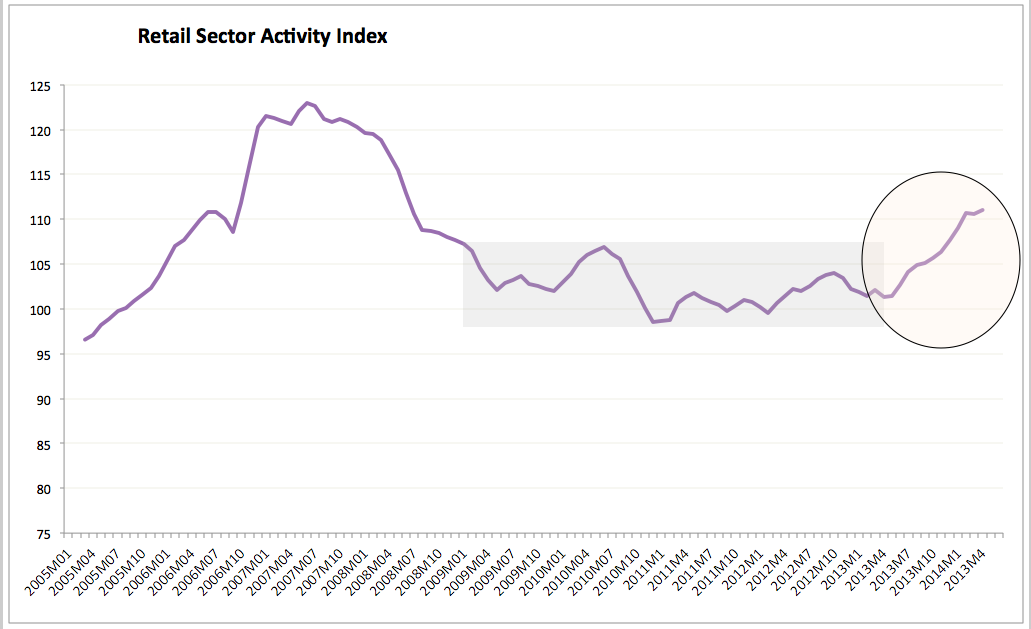 Couple of things worth noting:

Core takeaways from the above tables:
Posted by TrueEconomics at 10:07 PM