As someone just remarked on twitter, the proverbial sh*t just got real in Ukraine. And mightily it did - Ukrainian authorities report 31 dead in clashes in largely Russian-speaking Odessa. Other sources report 'dozens killed' - e.g. http://www.bbc.com/news/world-europe-27259620.

Here are two stills from the live broadcast by a Ukrainian channel of events in Odessa, showing the civilian firetruck being used by the pro-Kiev forces to attempt to break through opposition barricades. The broadcast showed personnel with what appeared to be field helmets on hiding under the cover of the truck. 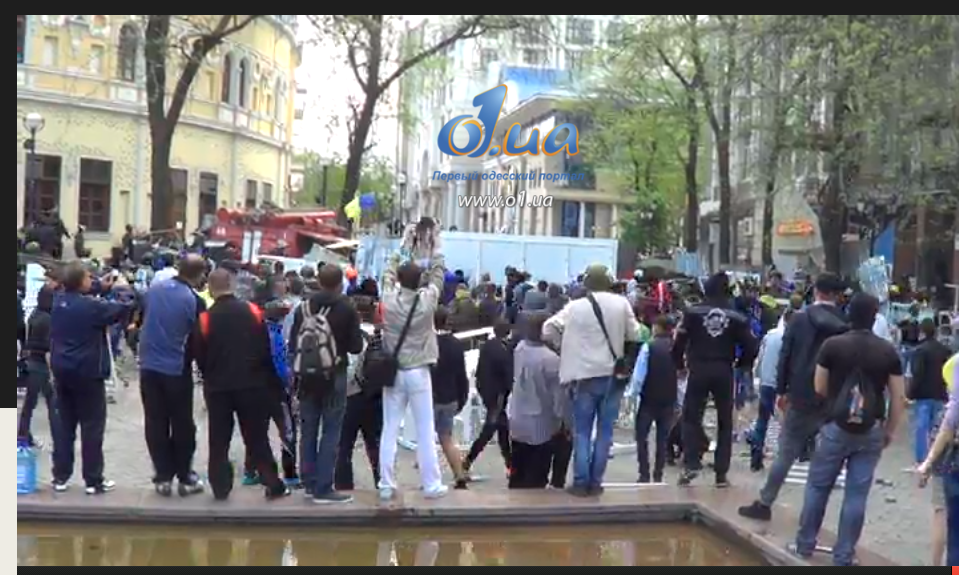 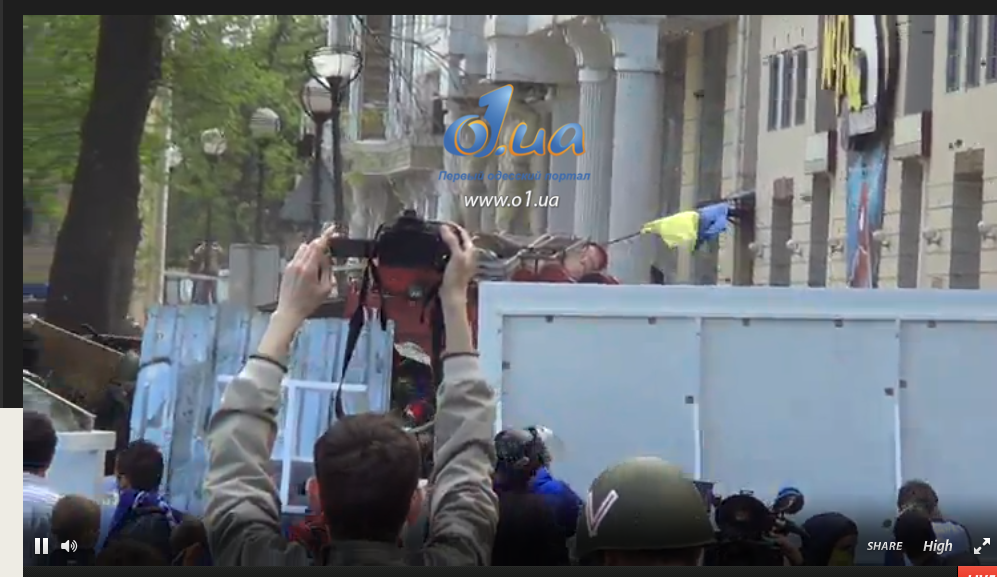 Odessa is a serious flash point for three major reasons:


The push point in the conflict is, in my view, moving closer and closer to an open confrontation between Russia and Ukraine.

And here is a voting map from the last elections, showing just how closely the South-Western Ukrainian area - including Odessa region - is aligned with the Eastern Ukraine: 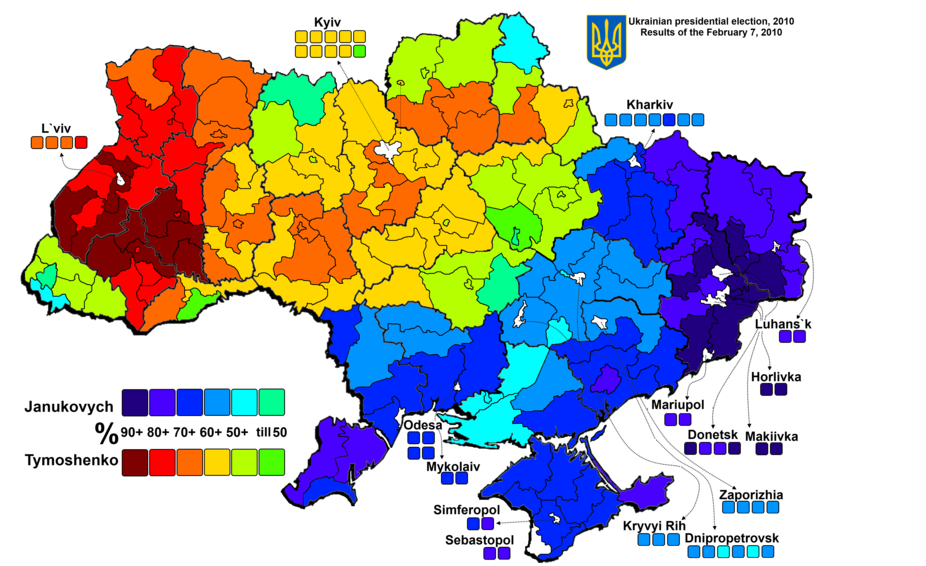 Here is a handy map showing movements of Russian and Ukrainian troops (http://www.washingtonpost.com/blogs/worldviews/wp/2014/05/02/map-how-ukraine-and-russia-are-moving-toward-war/): 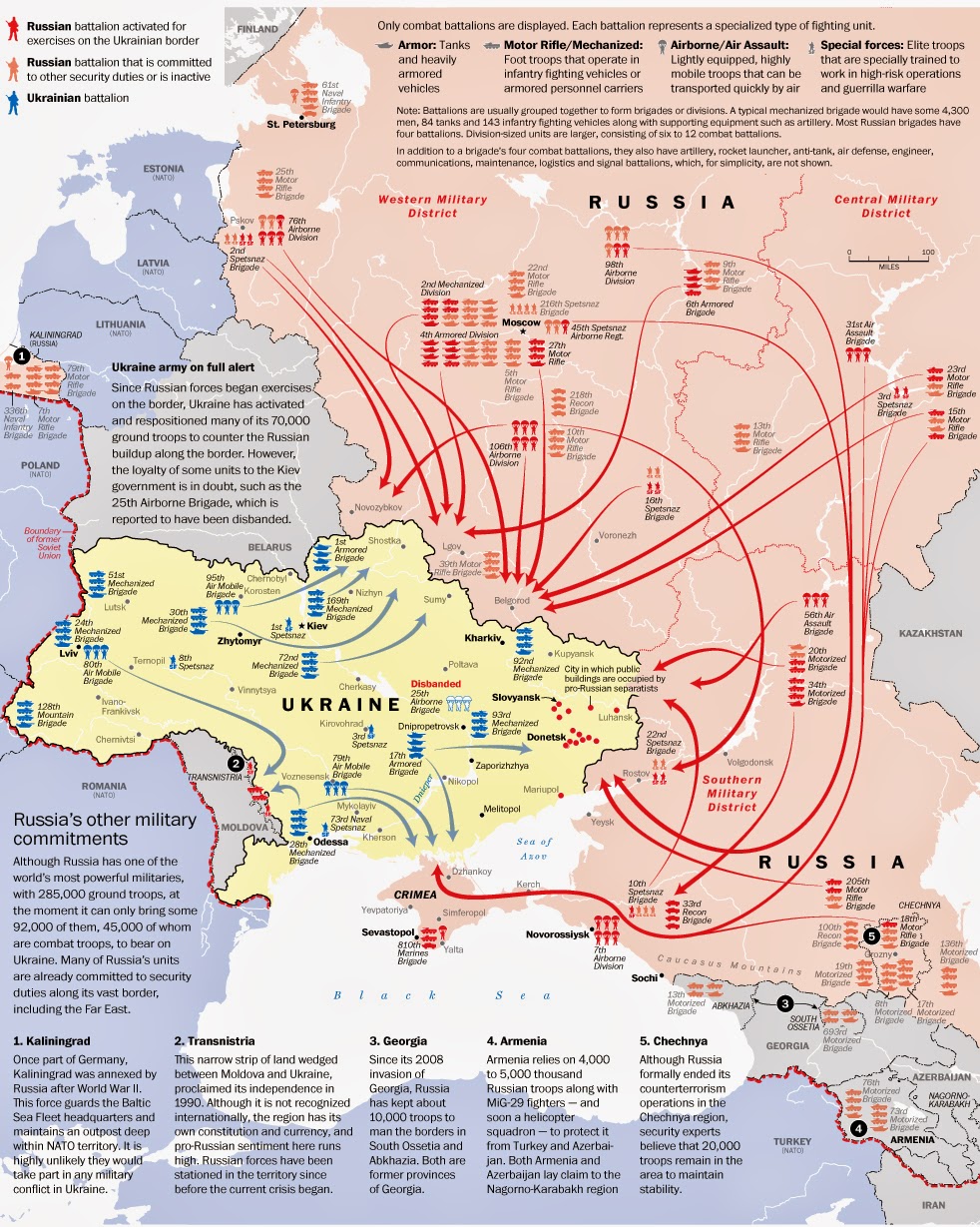 How did the Russians get into Ukraine, you might ask? Well, here is a handy guide (see note below):
Here is a summary map of what shaped the territory of the Ukraine prior to 2014: 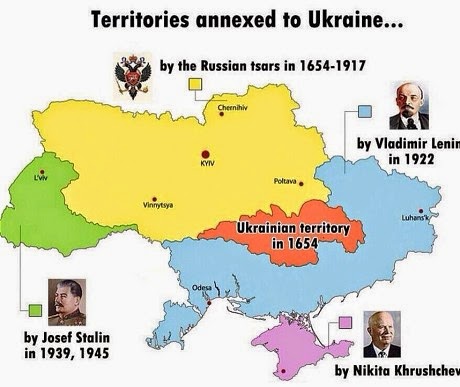 These changes in the territories clearly indicate that ethnically Russian population is not a phenomena of colonisation post 1922 famine, but an outcome of centuries old movements of people with changes and reshaping of national, political, economic and cultural boundaries.

In my view, nationalist Kiev position resisting the initiation of the democratic process on federalisation of Ukraine is not sustainable. Ukraine now has to move fast into securing a roadmap to
I would have preferred to see Ukraine remain fully unified, territorially unaltered state with greater autonomy extended to the regions that wish to have it. I think that such Ukraine was possible under February 21st agreement, violated by the Maidan forces and by the current leadership in Kiev.

Alas, with every day passing, this hope of a unified Ukraine is becoming less and less feasible in the longer run and Kiev's insistence on avoiding orderly, democratic federalisation now threatens to lead to a civil war in the short run.

I hope I am wrong in this assessment...


Note: I do not care to make any of the above points to justify territorial break up of Ukraine. I never supported such a break-up in the first place. I am, however, interested in pointing out that nationalist rhetoric treating ethnic Russians (or any other ethnic group living in Ukraine) as being 'foreign' presence in the country is absurd, vile and does not contribute to the cause of unifying Ukraine and helping it preserve its own territorial integrity.

And, I am no less concerned about emerging Russian nationalism - not only in Ukraine, but also in Russia proper. This, however, is a matter for separate posts, maybe in some near future.
Posted by TrueEconomics at 10:05 PM

The assessment and the suggestions are incorrect mostly on 4 points:

1. The interim government is NOT nationalist.

2. There is No nationalist rhetoric in relation to ethnic Russian as being 'foreign' presence, that is what is absurd. The author should know better, and have facts.

3. The remains of the Party of Regions can be hardly seen as representatives of the Easter Ukraine. They are no one, but corrupt thugs in power, this is proven.

4. Federalisation in the present condition, per point #3, will create feudal land in the Easter Ukraine.

Any long term agreements on the future of the country can be reached only when:
- #3 is resolved, though fair and free election;
- internal political dialogue take place (Ukraine is a democracy);
- the Russian State is isolated from interfering into internal affairs of Ukraine.

Vovan, some points of agreement, some of disagreement.

1) The interim Government IS Nationalist. It crudely represents the ethnic/geographic divide that mirrors the previous Government's : http://trueeconomics.blogspot.ie/2014/04/1642014-tearing-up-ukraine-well-before.html

2) There is plenty nationalist rhetoric coming out of the pro-Kiev side. Bounty offers for 'heads of Moskali' http://www.thedailybeast.com/articles/2014/04/19/wanted-guts-for-the-ukraine-army.html etc Here is a strongly-worded and somewhat one-sided view which, nonetheless, has plenty factual anchoring http://www.aljazeera.com/indepth/opinion/2014/04/marx-last-stand-eastern-ukraine-20144229655276774.html

3) Party of Regions - like it or not - is currently the only party on the ground in roughly 1/2 of the country you call 'democratic' deal with this fact. You (and I) are not the judges of democratic legitimacy of elected officials. We can judge them on ethics, governance quality etc (all of which are pretty poor when it comes to ALL parties in Ukraine, including the PR). While widespread corruption is proven, it is not proven that the entire PR is corrupt. And we also are aware of widespread corruption on the side of other parties. We also know that current interim Government was elected under the conditions of national distress, with explicit cabinet support being based on a group of protest leaders who were not elected and were not democratically mandated to act so. This is not, in my view, a point of complete invalidation, but it is a point at which one has to evoke people in glass houses throwing stones...

4) I can agree with this. And I said as much here: http://trueeconomics.blogspot.ie/2014/02/1922014-ukraines-political-economy-is.html My view was always that the first-best solution would involve first political and economic stabilisation under a government of national unity and a new president elected on very broad public mandate, and only thereafter, few years after normalcy is returned, a set of national referenda on the future form of Ukrainian political union. My point is that the current events (not my preferences) are forcing Ukraine into the situation where such first-best is no longer feasible and thus the (desired or not, in my view - not) federalisation debate has become the only feasible next step for Ukraine.

So, not surprisingly (if you read my earlier writings on the matter), I agree with your last 3 bullet points: 1 and 2. I do not agree with your final bullet point. Isolating Russia is exactly the opposite of what is needed - engaging it and attempting to bring it into the room as a helping partner, not an opponent, is what required for Ukraine's future.

The blue area in the map belonged to the self-proclamed Republic of UKraine in 1917, it was noy "given" later by Lenin. The southern Bessarabia (extreme west of the blue area)belonged to Rumanis until 1939/40. It could not be a partof Ukralne in 1922|||

Re (3) Your assessment of the PR is missing a lot: (a) the old PR disintegrated, (b) the remains were cleaned and are appropriated by Ahmetov, meaning the PR is not representative any more.

Russia is an enemy of Ukraine. We start and end on this argument with one word, - Crimea. Would you bring a war enemy and invader to you house... to help? I don't think so.

@Vovan, you have been proven wrong, you bring no facts or research quotes compared to dr. Gurdgiev, just maidan-propaganda.

Cristi, we all have been proven wrong before. I, for one, could not have imagined, ex ante, in a worst nightmare, that Ukraine and Russia will be at a de facto state of war.

Myself and Vovan disagree on some points, but the truth is - we do not know full extent of what is happening on the ground and beyond that, both sides have valid points of contention.

I was made aware of very disturbing claims of effectively horrific atrocities committed in Odessa last night, but I have no verification/confirmation of these. The allegations are seriously disturbing, but I cannot link them here, simply because I do not know to what extent they represent interpretations of facts and to what actual facts.

Such is the nature of these events. I appreciate @Vovan putting one side's arguments forward - they are often valid, informative and we need to see them. I am trying to balance both sides of the conflict in terms of representation. And we all are motivated, I hope we all are, by the desire to see the two countries resolving the internal and bilateral problems peacefully, constructively and to the benefit to both.