This begs a question - are things really going South for Norway?

Sure, the country has basically nothing to show for its oil bonanza in terms of indigenous industries development or investment. Sure, it is giving cash left-right-and-centre to various social entrepreneurs, native enterprises, cultural ventures etc which produce virtually nothing of any demand outside Norway and questionably fulfil real demand inside Norway.

But, really, are things getting visibly bad on the horizon? And are they getting worse than in other Nordic countries?

Here are some charts summarising economic and fiscal performance of Norway compared to the rest of Nordics and Sweden.

Starting with General Government Revenue as % of GDP: 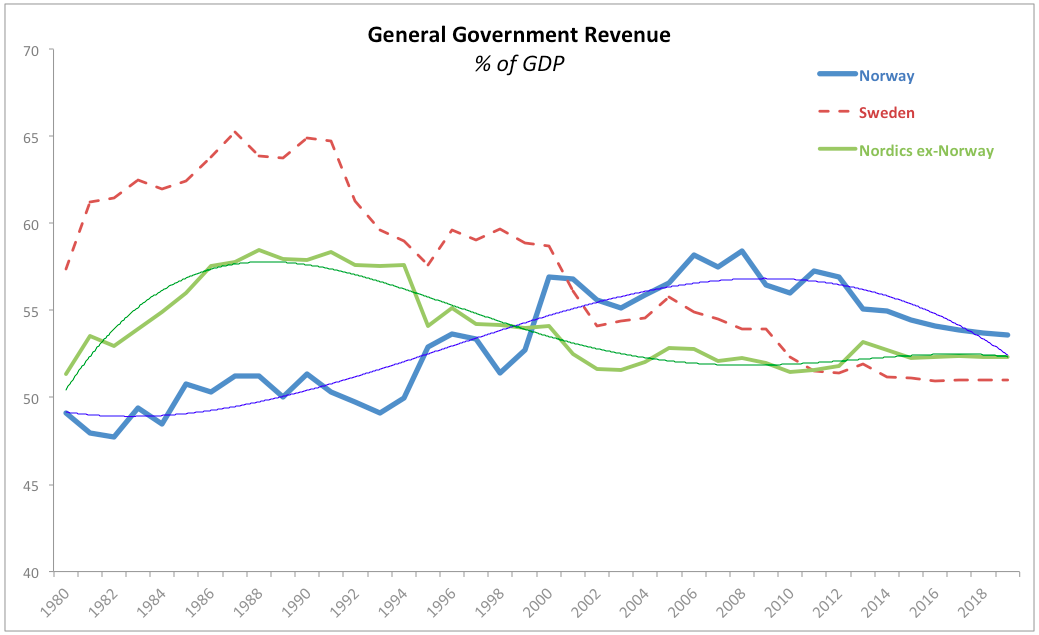 The above shows couple of things:


All in, Norway is showing signs of serious strain on revenue side, but it is not in a crisis… not yet.


What about the Government Expenditure? 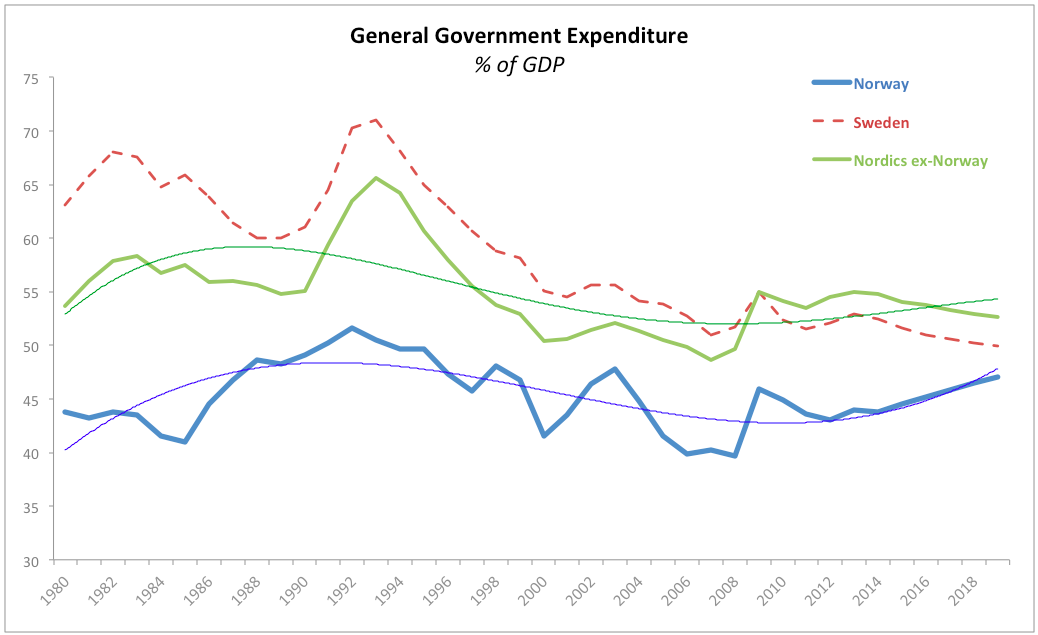 The above shows the following:


Again, not a crisis yet… but dynamics are not encouraging.


On Government Debt front, Norway is doing well, especially compared to the Nordics: 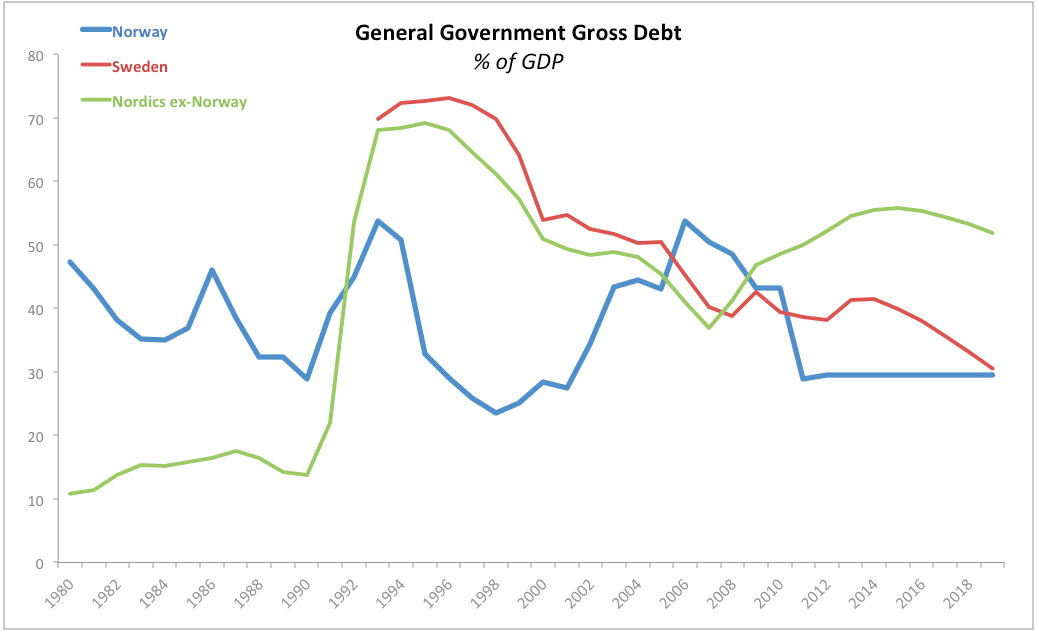 And it still outperforms the Nordics on Current Account side: 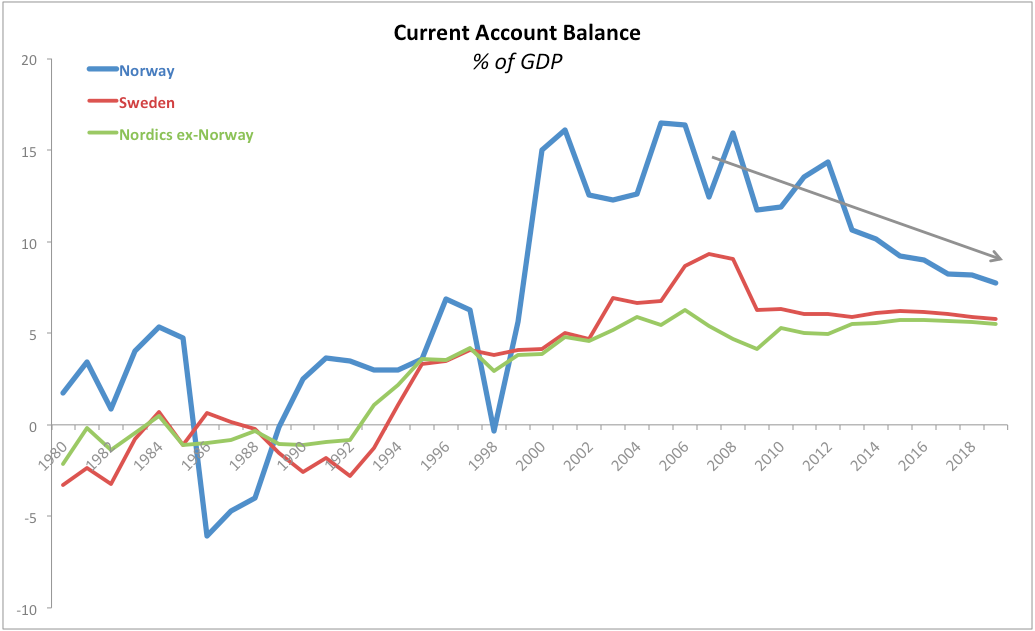 On balance, there is a serious problem emerging for Norway: current account surpluses are on downward trajectory since 2006, and decline is forecast to accelerate. Good news for Norway: there is no deficit in sight. Bad news: in order to achieve quick transition of its economy away from oil & gas dependency, it will need massive investments and capital imports - which can force the current account balance into deficit very quickly.

The problem of fast rising public spending against revenues and declining public surpluses is often best can be seen in level terms, in current spending, instead of as a share of GDP. Here is the summary chart: 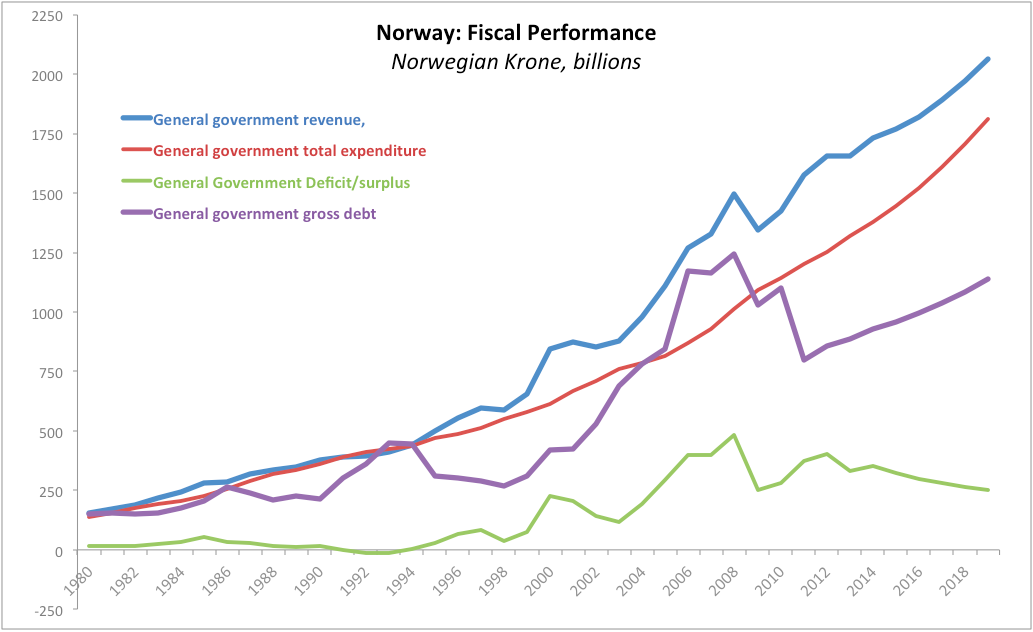 As noted earlier, this shows:

Here is a net summary on various growth rates over decades averages:

and a chart showing the gap between Sweden's GDP growth rate and public spending rate, and that for Norway: 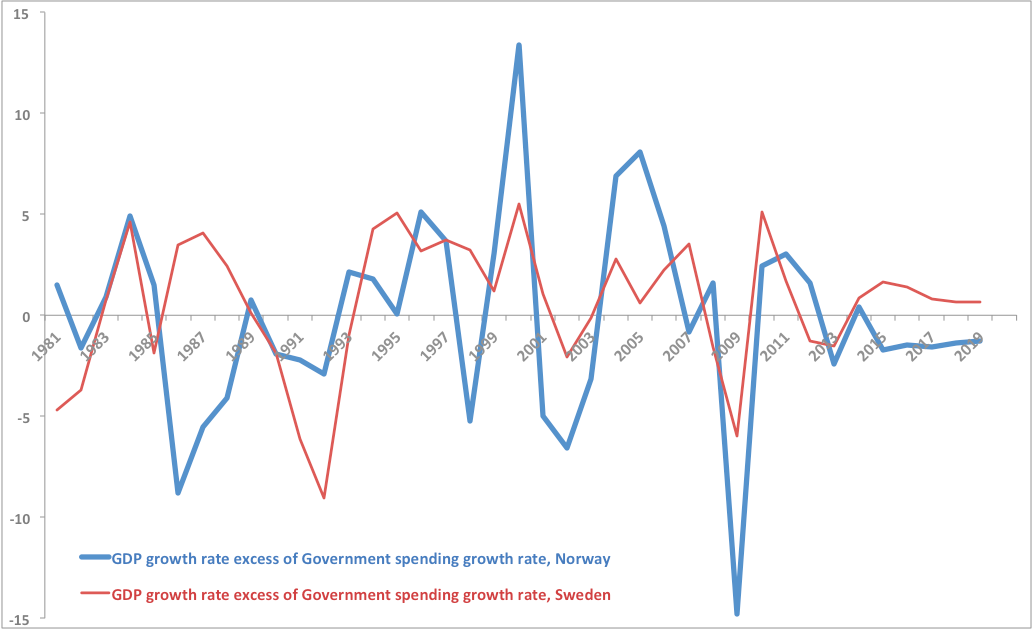 Key takeaways: Norway is not yet flashing red, but its growth in public spending is not sustainable in the environment of falling net revenues from energy sector. Structural weakness in the Norwegian economy is basic lack of real economic growth outside the energy sector, compensated for by the over-reliance on public spending and investment.
Posted by TrueEconomics at 10:01 AM