9/5/2014: Latvian Military Report on the Lessons from Russia-Ukraine Crisis

Firstly, it outlines step-by-step what appears to be a shift in conflict strategy adopted by Russia. This is summarised in Figure 1 below and in 10 points list on page 6 of the report. 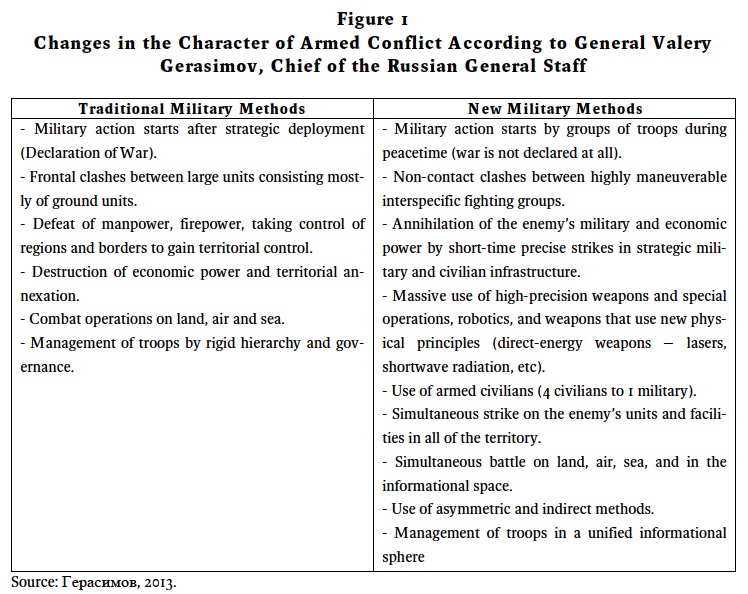 Secondly, it outlines existent weaknesses in Nato's legal framework. In particular, these weaknesses relate to Article 5 clause operationality in the case of modern conflict that involves no formal military presence on Nato territory. De fact, the report acknowledges that Ukraine conflict to-date does not amount to a normal, legally definable war.

Thirdly, Latvian potential response to the second issue above is to attempt to address the existent and severe national imbalances that exist between ethnically Latvian population and population that is Russian-speaking (encompassing many more ethnicities other than Russians). In this, the report de facto acknowledges that there are political, cultural, social and economic disadvantages that are being placed on ethnic minorities in Latvia today.

Fascinating as this is, my focus here in on the report's coverage of the events in the conflict, contained in the first part of the paper. In this:

1) The report clearly shows that Russia's position in the region as a country with natural geopolitical interest toward neutrality and/or alliance with neighbouring states is in direct confrontation to Western European and US ambitious in that region.

2) The report also places Russian geopolitical interests in the region as ethically and legally senior to those of Western Europe and the US.

3) The report clearly identifies a major problem created by the Nato Eastward expansion during the 1990s as a legitimate threat to Russia.

4) The report also shows that Russian acceptance and endorsement of February 21st was a major concession on Russian side and that the February 21 accord was a constructive engagement for all sides concerned that could have led to fundamental change in leadership, reforms and stabilisation in Ukraine. The report clearly puts blame for violation of February 21st agreement at the feet of Maidan leaders.

5) The report clearly states that Yanukovich Government was overthrown under the threat of a coup from Maidan: "…the opposition continued to push for Yanukovitch's resignation. Speaking to the crowd from the stage on Maidan, Volodymir Parasiuk declared that if Yanukovitch did not resign by 10am on 22nd February an armed coup would occur. Police withdrew, leaving government buildings, including the President's residence, unguarded. A new coalition was created in the Ukrainian parliament, with 28 members of its members leaving the pro-Russian Party of Regions' faction."

6) The above quote clearly shows that Yanukovich's flight to Russia was carried out due to security forces withdrawal and direct threat to his life, which makes impeachment proceedings against him (based on the claim that he abandoned the seat of Government for personal reasons) invalid. It also shows that Maidan was the direct source of current interim Government - as opposed to democratic process legitimacy.

7) On Maidan snipers, the report does not endorse the official Kiev position, but gives two theories currently working their way through various media channels: "Snipers started shooting at both protesters and the police, with two versions emerging of what was happening. One, supported by Russia, was that the opposition, backed by Western countries was behind the shootings; the other, was that the snipers were from the Ministry of Internal Affairs and the SBU, acting on Soviet era type plans, with the objective of escalating the conflict, thus justifying an operation to end the protests." The problem is that, as report notes, the second version is not consistent with the outcome: "If this was true, the result was the opposite, since it gave more power to the opposition…"

8) On legitimacy of the Kiev Interim Government: "First, Russia considered Yanukovitch's impeachment to be illegal, therefore the new government was not legitimate. According to the Constitution of Ukraine, the procedure to impeach the President must observe the following procedure: a.) the President is formally charged with a crime; b.) the Constitutional Court reviews the charge; c.) the Parliament votes. The impeachment takes place only if there is a three-fourths majority." The problem is that (a) and (b) were not followed through, as far as I am aware. Crucially, there is a cooling-off period over which the Supreme Court can produce its verdict on validity of impeachment. This also was not followed through, as far as I am aware.

The report does not endorse Russian actions, but it presents the basis for them - calmly and without hysteria and subjective claims that usually accompany these in the media.


The report summarises six reasons why Russia had to act in Crimea [comment is mine]:

"Ukraine always represented a red line for Russia; therefore, it decided to act to preserve its regional interests.

On Crimea operations, the report states that "…although it is true that the number of troops stationed [in Crimea before and during the referendum] increased, this is still within the limits of the bilateral agreement between Russia and Ukraine." The report does not reference legality of the troops actions in Crimea.

The report describes the outcome of the Crimean campaign as follows: "Its success can be measured by the fact that in just three weeks, and without a shot being fired, the morale of the Ukrainian military was broken and all of their 190 bases had surrendered. Instead of relying on a mass deployment of tanks and artillery, the Crimean campaign deployed less than 10,000 assault troops – mostly naval infantry, already stationed in Crimea, backed by a few battalions of airborne troops and Spetsnaz commandos – against 16,000 Ukrainian military personnel. In addition, the heaviest vehicle used was the wheeled BTR-80 armored personal carrier."

In other words, Ukrainian forces were not outnumbered by Russian forces. Nor were they overpowered. Instead, someone should ask serious questions as to whether lack of legitimacy and/or leadership from Kiev led to the situation where 16,000 Ukrainian troops in Crimea were simply unable/unwilling to engage 10,000 Russian troops and pro-Russian militias.

Posted by TrueEconomics at 11:28 AM