Russia and China signed bilateral gas deal to supply 38bcm of Russian gas per annum, with an option of expanding shipments to 61bcm. The deal covers 30 years of supply. Full valuations and prices are not yet known, but the deal at 38bcm/annum x 30 years was originally valued at USD440 billion.

Here are the best reports on the deal so far (to be updated):

WSJ on the deal: http://blogs.wsj.com/moneybeat/2014/05/21/russia-strikes-gas-gold-in-china/ pointing to heating up competition in Asia-Pacific energy markets and Russia's play coming ahead of Canadian exports flows. This, in part, explains why Russia agreed on a deal pricing gas at just above USD350 bcm whereas Russia previously looked for a price closer to USD400 bcm. As you can see from the second chart below, over the years while the deal with China was in negotiations stages, gas price inflation fell significantly, reducing room for price upside in the deal.

The deal is of huge importance to Russia.

Russian economy is only weakly-dependent on gas prices, Government deficits are somewhat more closely linked to these. See more here: http://trueeconomics.blogspot.ie/2014/03/2232014-russian-capital-flight-and.html and in the slide below: 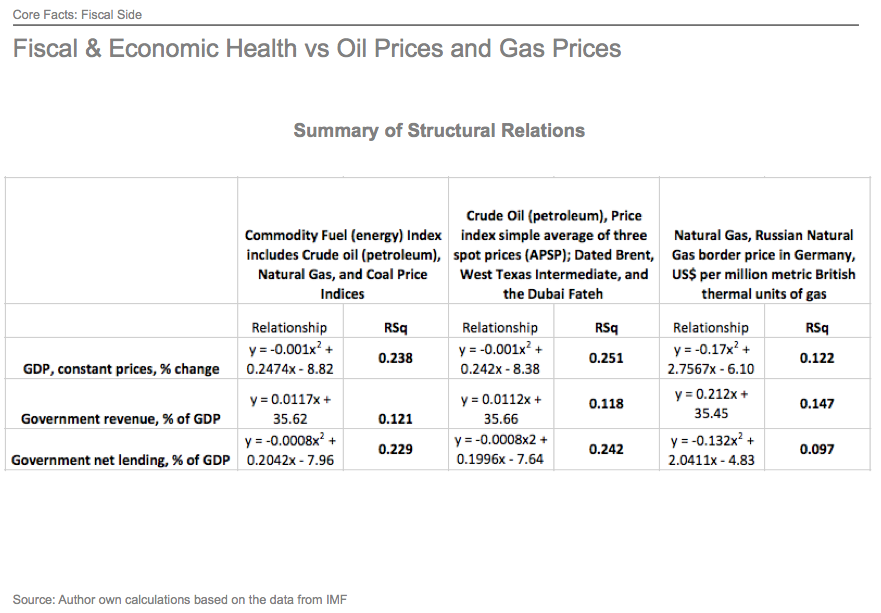 The reason for this is that Russian economy is not as dependent on exports (gas accounts for ca 60% of these on goods side): 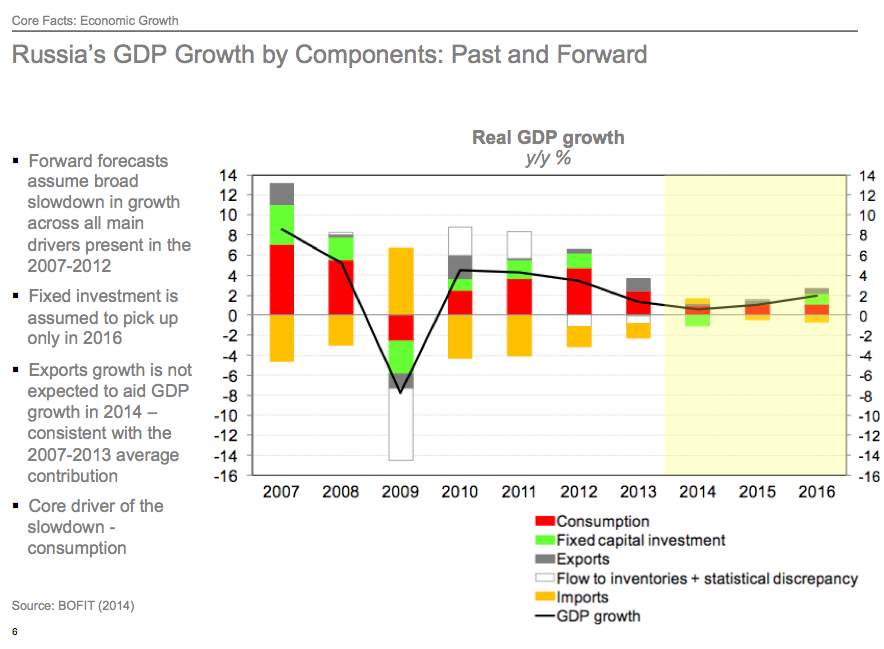 And in the long run, there is spending and income channel feed through from gas prices (and exports) to domestic demand: 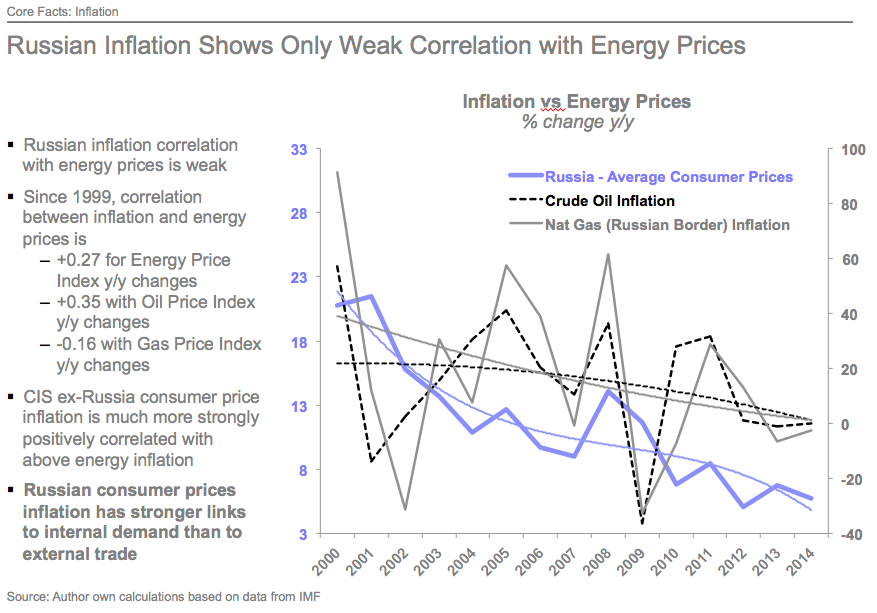 It is worth noting that China-delivery price of Russian gas can be lower than European delivery for two reasons:


Also, gas for China will be coming from newer fields, which are located closer to the Chinese border and, although more expensive in production, are not competing with Western Europe-focused Western Siberian fields.

All across - this should be a very good deal for Russia and China. The core threat here is to the US exports of LNG to Asia-Pacific, where US producers are collecting huge margins, compared to European markets. But this threat is still some years (if not decades) off from becoming a significant pressure point.
Posted by TrueEconomics at 11:11 AM

How soon will this development affect the Dollar and what are the long term consequences?
I am assuming payment for the gas will be made either in Roubles or Yuan.

In the short run, I do not foresee any significant impact on USD, but in the longer term, there will be gradual deterioration of the role global trade & investment flows play in driving USD bilateral exchange rates. This will, gradually - over long time horizons - bring USD rates into even closer links to US fundamentals. Which is, put frankly, not a bad idea for the USD and US economy.

More significantly, but not to USD position, this pushes both rouble and yuan more into global trade & investment flows.