Average weekly hours and earnings were released by CSO this week, covering Q1 2014 data. Remember, these are delivered in the context of reportedly growing employment and accelerating economic activity, right?

Ok, top-line observations: y/y average weekly earnings are down 0.4% or EUR2.66/week (EUR138.32 per annum, assuming paid holidays and not adjusting for working hours etc, but you get the point: in 2013 a person earning average weekly earnings level of salary would have had EUR2,346 per month in disposable after-tax income, in 2014 they have EUR2,341 per month). 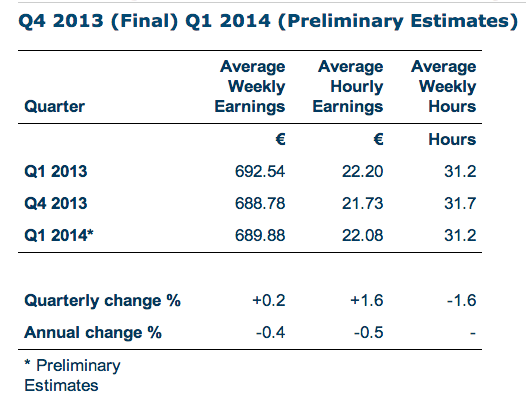 Were these changes down to cuts in bonuses, perhaps?

So short term falls in earnings are down to public sector and larger enterprises...

Of course, earnings can be volatile even y/y, so here is a handy comparative for earnings changes on Q1 2010: 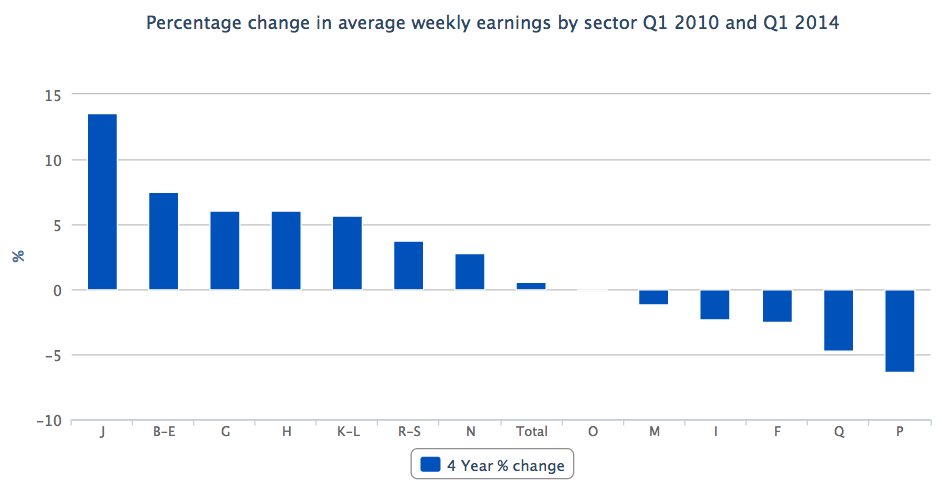 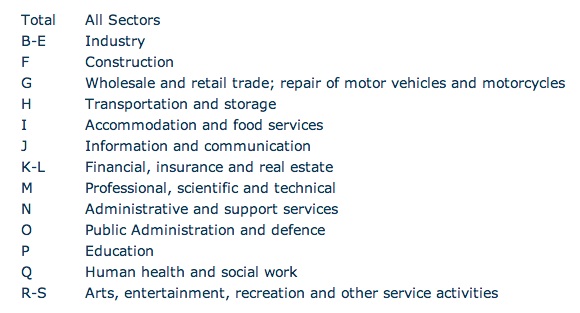 Still, Public Admin & Defence are down just 0.1% on Q1 2010... shrinking Industry is doing swimmingly, as does Finance & Insurance & Real Estate...

On last bit: average working hours were unchanged y/y in private sector, but up 2.3% in public sector. Which is worrisome - rising employment in private sector should lift hours ahead of numbers employed, by all possible logic, since hiring more workers is costlier than letting those employed work longer hours for the same or even higher pay. Still, hours are static y/y, and are up by only 0.1 hour on Q1 2010... Puzzling... Worse: working hours are unchanged y/y and down on Q1 2010 for smaller firms, where wages pressures seem to be highest.

This simply does not gel well with the numbers of tens of thousands of new employees, unless, of course, new employees are working fewer and fewer hours...

Posted by TrueEconomics at 9:35 PM

Income tax receipts to the end of May 2014 published this week are approximately €480 million higher than the equivalent period in 2013.