Live Register for December was published earlier this week. Let's take a look at the recent changes and trends.


Coupled with lower jobs creation for the younger workers and slower growth in part-time employment reported in Q3 2013 QNHS data, the above facts suggests that significant share of overall improvement in the Live Register can be down to exits from the LR that are neither registering as unemployed nor employed. This, of course, would mean they are either dropping off unemployment schemes due to expiration of benefits and/or emigrating. Alas, we have no real data on what happens to those who exit the LR schemes.

However, we do have data on State Training Programmes (STPs) participation - counting individuals who do receive LR financial supports, yet are not counted as being on LR. Do note, we also have a lag in reporting of these numbers with the latest data currently available for November 2013.

The good news is that even accounting for those on STPs, Live Register total has fallen back in 2013. In Q4 2013 average total LR+STPs numbers were down ca 4.7% y/y (assuming there is no dramatic change in STPs numbers when these are reported for December). 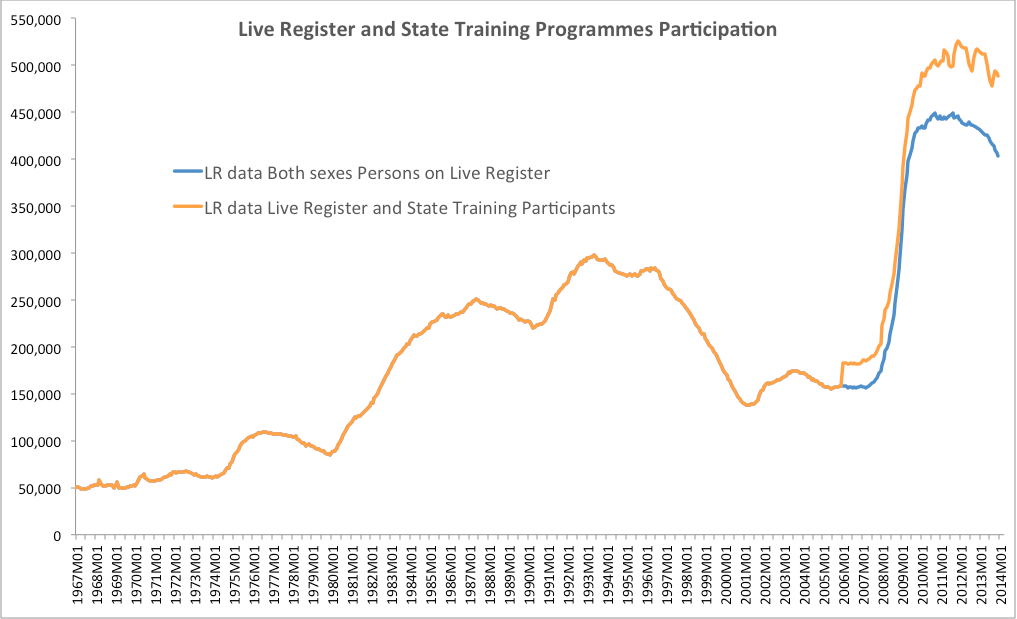 Both are off-peaks (good thing, assuming it is happening not by throwing people into poverty), but while Official Live Register is trending strongly down, once training programmes are included, the downward trend is shallower.

Live Register for under-25 year olds: 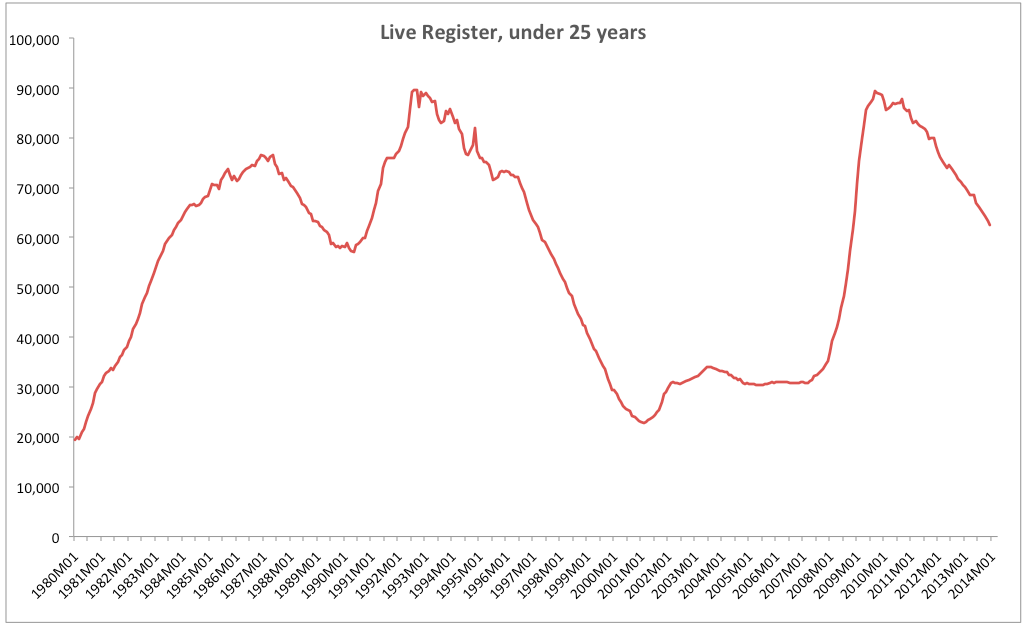 Again, good trend - downward and strong - stronger rate of recovery than in the early 1990s. Of course we also have more outflows due to emigration today than in the 1990s.

Overall, 25 year-olds as proportion of total Live Register today are at their historical low of 15.4%: 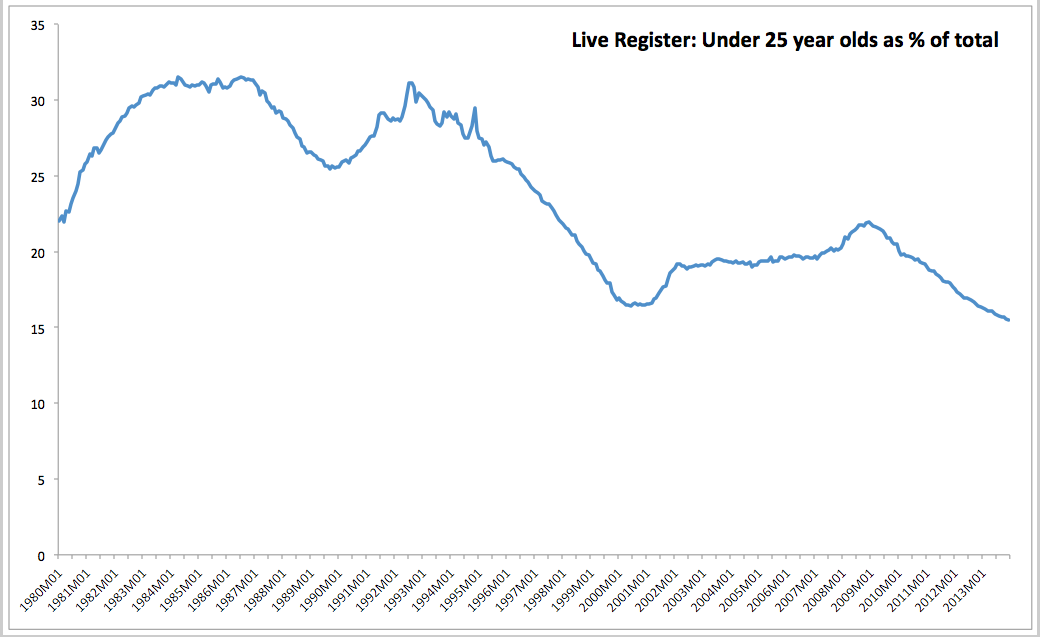 Posted by TrueEconomics at 10:34 PM