Ireland's seasonally adjusted trade surplus for trade in goods only (excluding services) was down 15% in November compared to October.

With 11 months of data in, we can provide a reasonable approximation for H2 2013 data and full year outlook. Caveat - these are simple extrapolations from 11 months data.

The first chart shows annual data for exports. Based on January-November data: 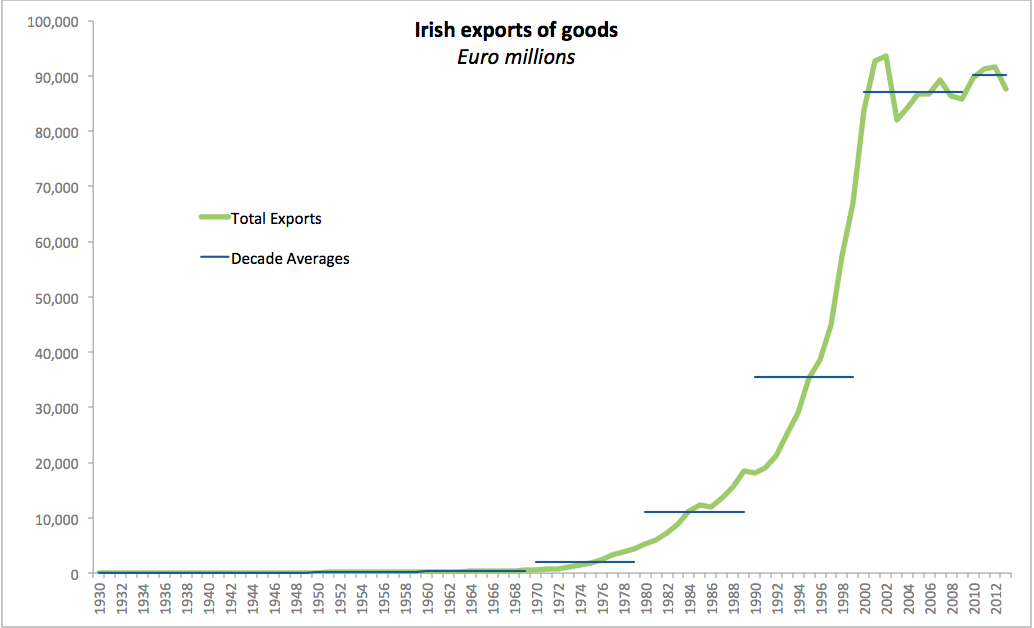 The next chart plots annual rates of growth and 10-year growth rates averages. This shows that the current decade is the worst in the history of the state with exception of the 1930s, with the decade of 2000-2009 being the third worst. 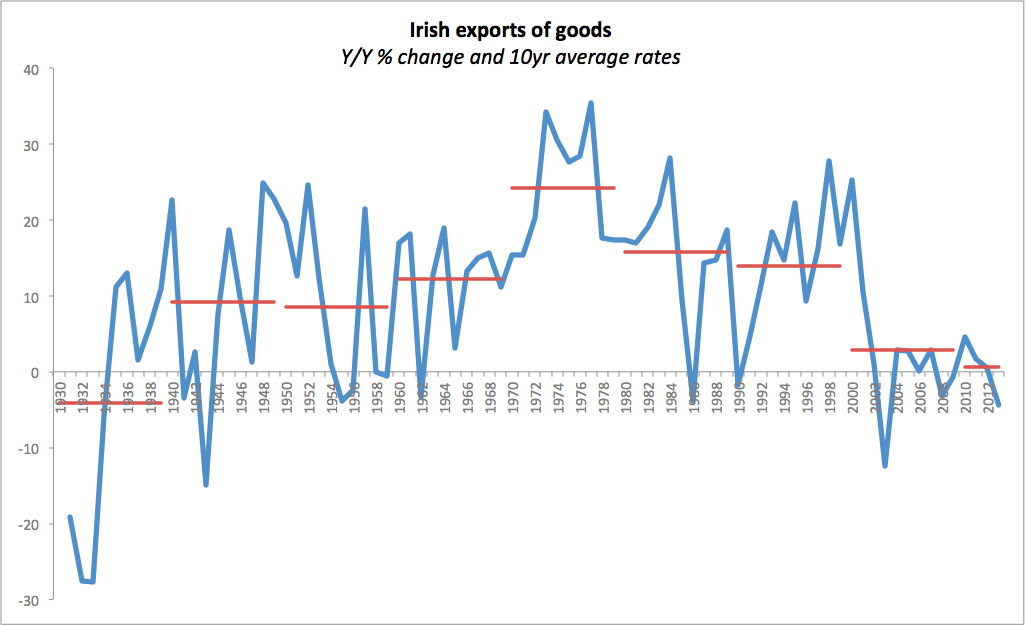 This puts into perspective the problem with the assumed debt sustainability framework based on growth in exports. The chart above shows exports of goods only, omitting exports of services. Two points, however:
1) In the 1990s, recovery was led by exports which were predominantly on the goods side, so the average rates in the chart for the decade of the 1990s are closely correlated with total exports growth rates. Today, growth in services exports outpacing growth in goods services has much lower impact on the economy overall, since exports of services are less anchored to the domestic economy and are more reflective of the aggressive tax optimisation strategies of the MNCs operating in the ICT and IFS services areas.
2)Services exports growth is slowing so far as well. This was covered here: http://trueeconomics.blogspot.ie/2013/12/20122013-how-real-is-that-gdp-and-gnp.html 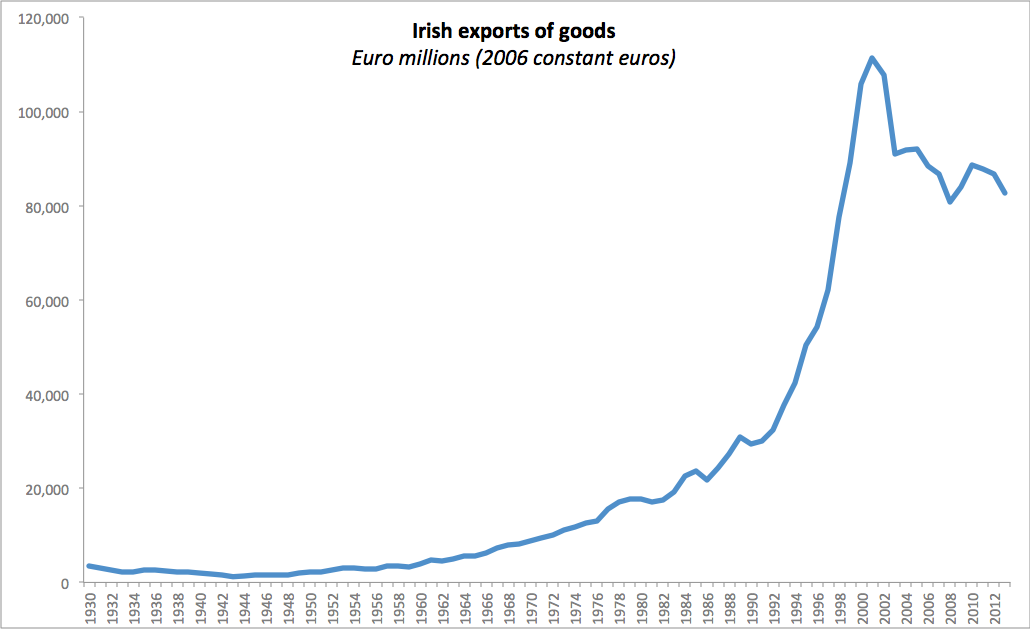 The upward correction in 2009 and 2010 period now is almost fully erased by declines since 2010. And the decline seems to be accelerating.

Most of the above declines in exports in the last two-three years has been driven by the pharmaceuticals sector. I will be covering this topic when dealing with more detailed composition of exports once we have data for December 2013. In the mean time, you can see CSO data for January-November 2013 y/y comparatives in Table 3 here: http://www.cso.ie/en/media/csoie/releasespublications/documents/externaltrade/2013/gei_nov2013.pdf

Posted by TrueEconomics at 5:38 PM