On foot of both NCB Manufacturing PMI and NCB Services PMI for Ireland for April 2013, let's take a look at underlying employment conditions signals from the two core sectors of the economy. 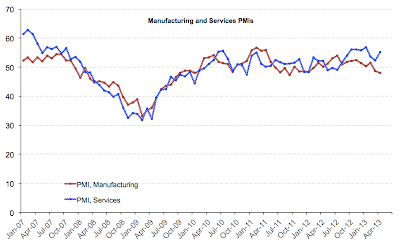 Manufacturing and Services PMI readings continued to diverge in April for the 5th consecutive month, with headline PMI readings for:


These trends in overall PMI readings were broadly repeated in the Employment sub-index dynamics: 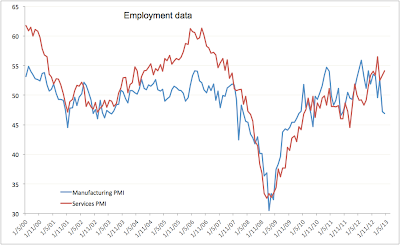 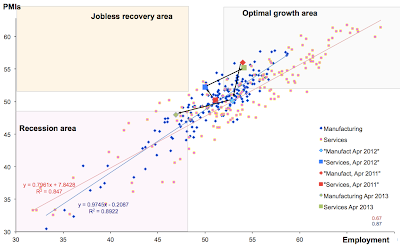