The paper is based on the Kauffman Index of Entrepreneurial Activity - an "indicator of new business creation in the United States. Capturing new business owners in their first month of significant business activity, this measure provides the earliest documentation of new business development across the country. The percentage of the adult, non-business owner population that starts a business each month is measured using data from the Current Population Survey (CPS). In addition to this overall rate of entrepreneurial activity, separate estimates for specific demographic groups, states, and select metropolitan statistical areas (MSAs) are presented. The Index provides the only national measure of business creation by specific demographic groups."

The paper extends the Index to 2012 data "with consideration of trends in the rates of entrepreneurial activity over the seventeen-year period between 1996 and 2012." 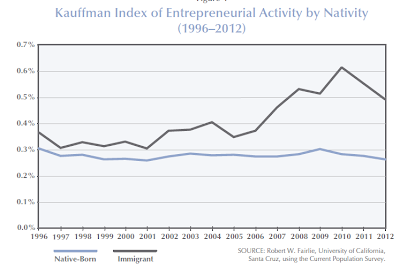 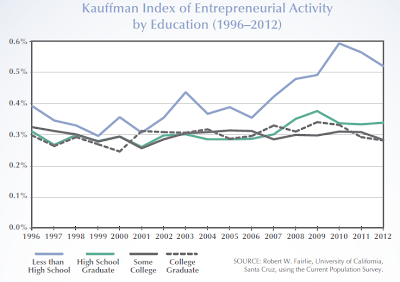 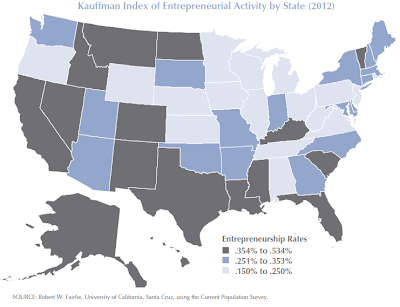 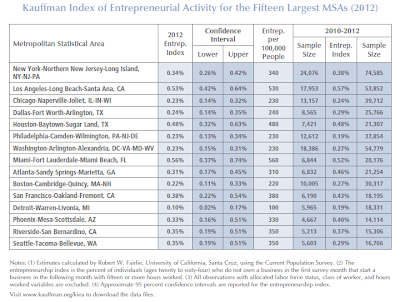 Posted by TrueEconomics at 10:18 AM

Email ThisBlogThis!Share to TwitterShare to FacebookShare to Pinterest
Labels: Kauffman Foundation, Kauffman Index of Entrepreneurial Activity, US economy, US entrepreneurship