Completing the coverage of Q4 2013 QNHS results for Ireland.

Now, let's take a look at broader measures of unemployment.


In addition, I use CSO data from Live Register and emigration to add two more metrics:


So let's take a look first at labour force. The data is not seasonally-adjusted.

In Q4 2013 there were 2,163,000 people in labour force in Ireland, an increase of 19,600 year on year (+0.9%). A small increase, but a welcome one, suggesting that emigration is not offsetting demographic inflows of workers into the labour force. However, the level of labour force is still below Q4 2011 and is down 137,000 on pre-crisis peak. On average over the entire 2013, levels of labour force were 110,600 behind the pre-crisis period average levels. 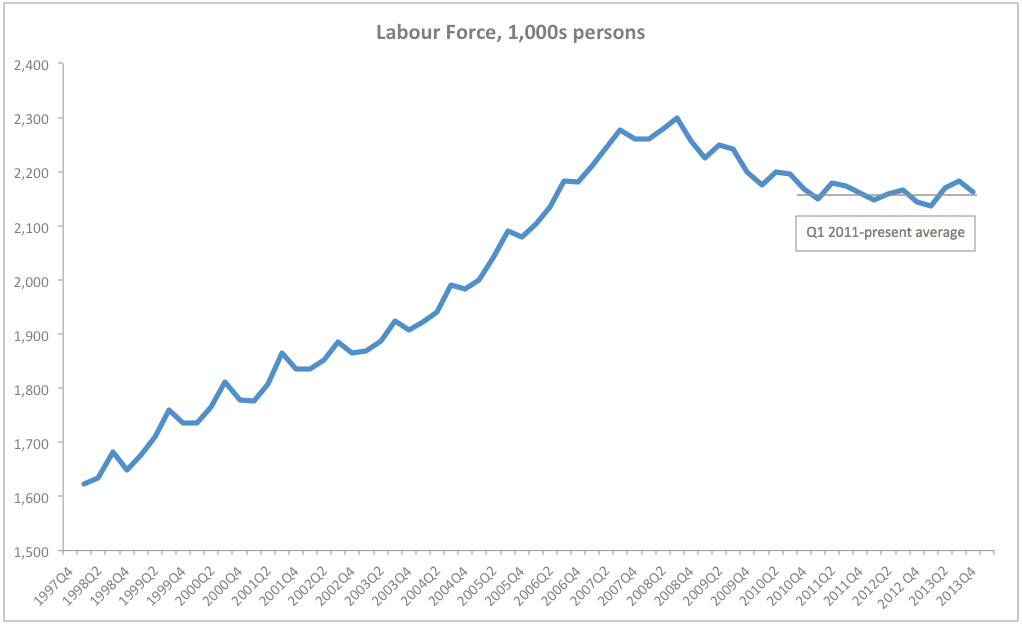 As chart above shows, the greater challenge for us is the flat-trending labour force over the period of 2011-2013.

Table and chart below summarise changes in the broader measures of unemployment: 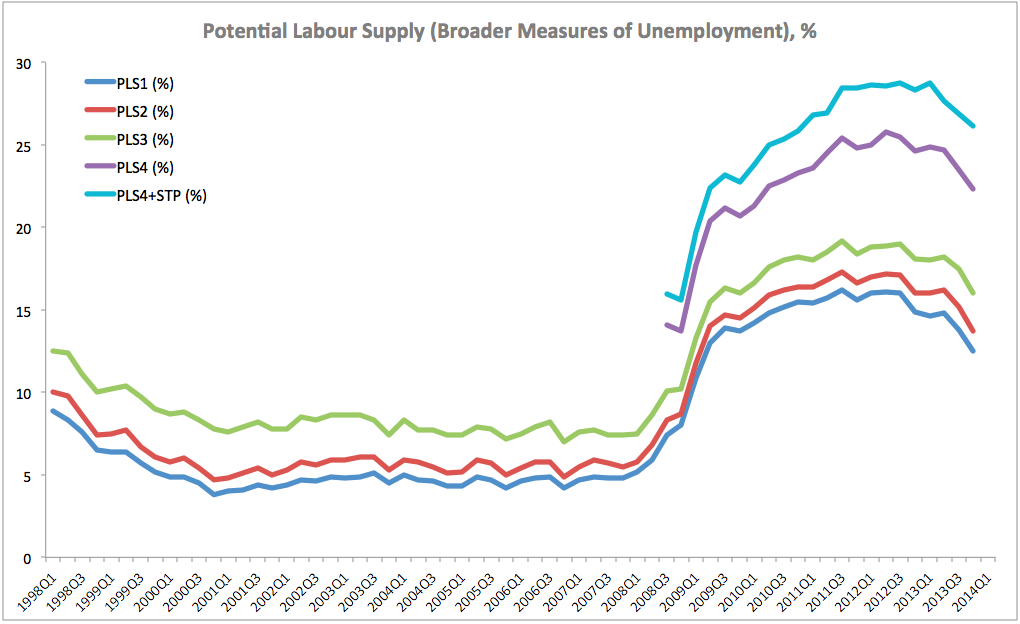 The key takeaway from the above charts and the table is shallower declines in the broadest measures of unemployment officially reported (PLS2-PLS4) compared to PLS1 and the adverse impact of 'sticky' State Training Programmes on the measure. It appears that these programmes are not moving workers out of unemployment fast enough.

Keeping in mind that Emigration is imputed only through April 2013 (we do not have official data beyond that), the PLS4+STP+E measure likely underestimates overall changes in broad unemployment.

Just how bad things are on overall unemployment front? With caveats to data and estimation errors, the above shows that in Q4 2013, 31.7% of Irish potential (including emigrants and state training schemes participants) labour force was either unemployed, underemployed, discouraged from seeking employment, not seeking employment for some reason other than being in education, toiling for free at Job Bridge and other fine 'activation' programmes or 'partying' abroad. Happy times...