There were some boisterous reports in the media today about the latest IBF data on mortgages approvals in Ireland, covering February 2014.

Here are the facts, some of uncomfortable nature for the 'property markets are back' crowd. 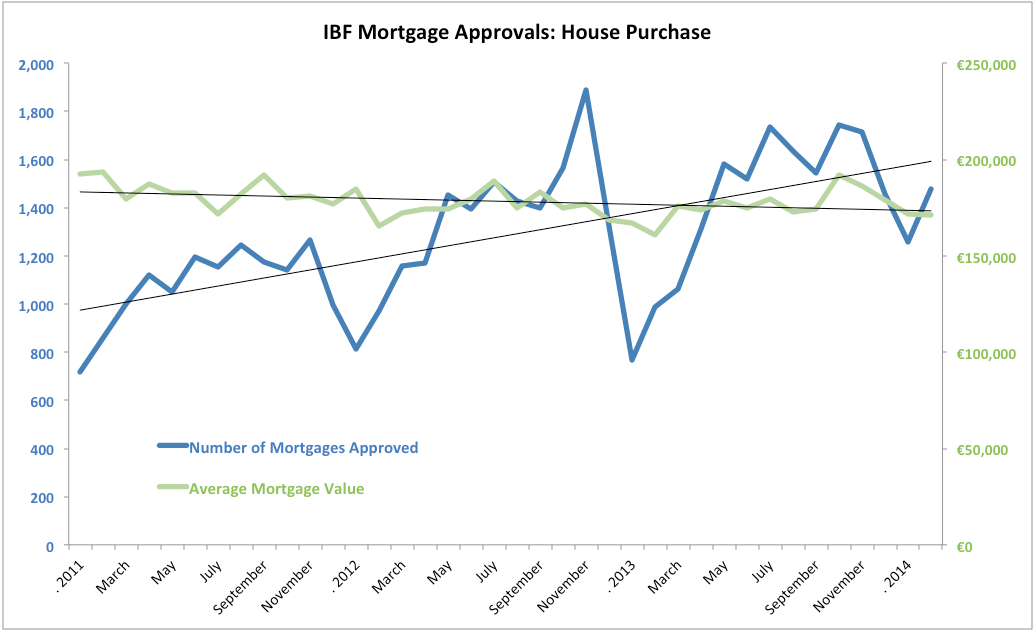 Key takeaways from the chart above:


Next, volume of lending: 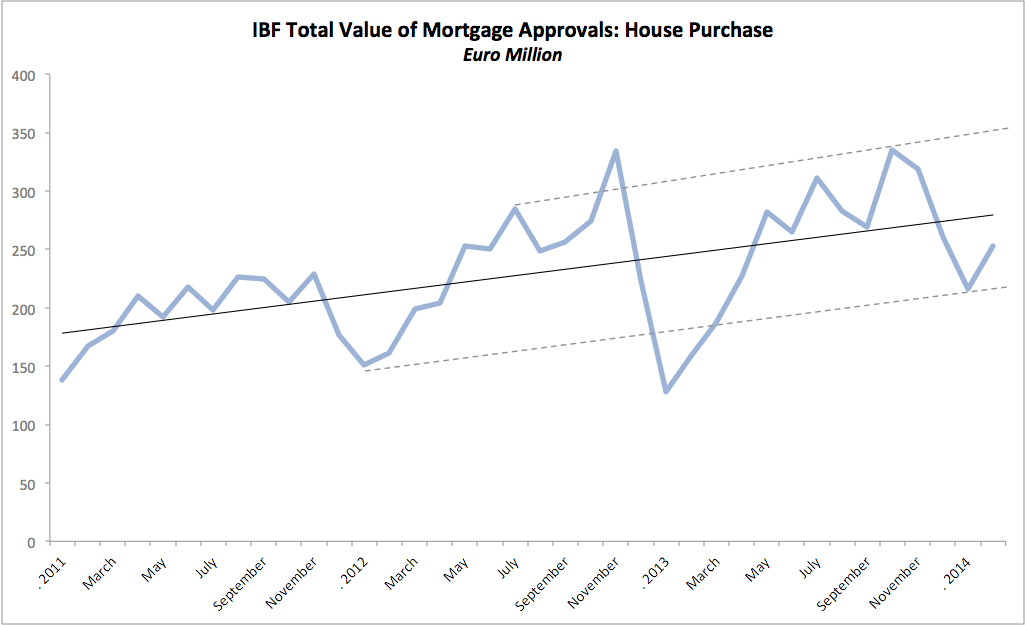 Key takeaways from the chart above:
Now on to the main bit: What happened to drive February figures so dramatically up in y/y terms? The next chart explains in full (click on the chart to enlarge): 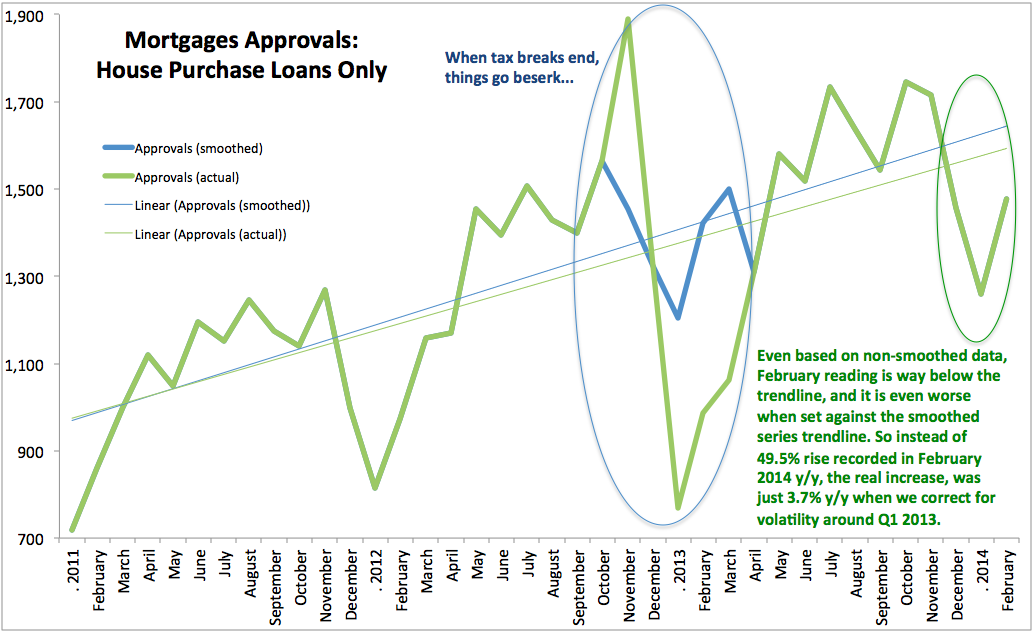 Key takeaways from the chart above:
Posted by TrueEconomics at 11:17 AM

House purchase volume in Ireland has always been seasonal. The seasons are roughly spring to mid June and autumn up to end Nov. So generally transactions dry up before Christmas and for the summer holidays. So Q on Q comparison doesn't tell you much. Any auctioneer will confirm this and newspapers do not publish their property supplements outside of the spring and autumn seasons.

Yes, seasonality is present in number of accounts and total lending volumes. No, it is not appearing in the average mortgage issued series. 3mo average comparatives are only of limited use, I agree. But they do have some use. As per volume of sales transactions - this is not a post covering them. The volume of transactions might be up y/y, incidentally so is the volume of mortgages approvals. Feel free to correct NPPR data for Q4 2012-Q1 2013 anomaly, though.