This week, CSO published 2012 data on PPSN numbers and employment status of immigrants. The data is telling, makes for uncomfortable reading, and you can explore all the details here: http://www.cso.ie/en/releasesandpublications/er/fnaes/foreignnationalsppsnallocationsemploymentandsocialwelfareactivity2012/#.UxhZ6PTV9bs

Not to run repeats of the CSO own analysis (which is excellent), here are couple of my own insights:

Chart below shows all foreign individuals age 15+ that are either in employment or in social welfare activity, irrespective of their entry year. To strip out any possible y/y volatility, I took averages roughly corresponding to the following periods:
1) Period prior to EU Accession of EU15-25 states (2002-2004)
2) Period of the pre-crisis bubble following Accession (2005-2008) and
3) Period since the onset of the crisis (2009-2012).

I then computed share of each 'nationality' in activity as percent of the total number of nationals of this group in the country at the time.

The result is plotted in the chart. 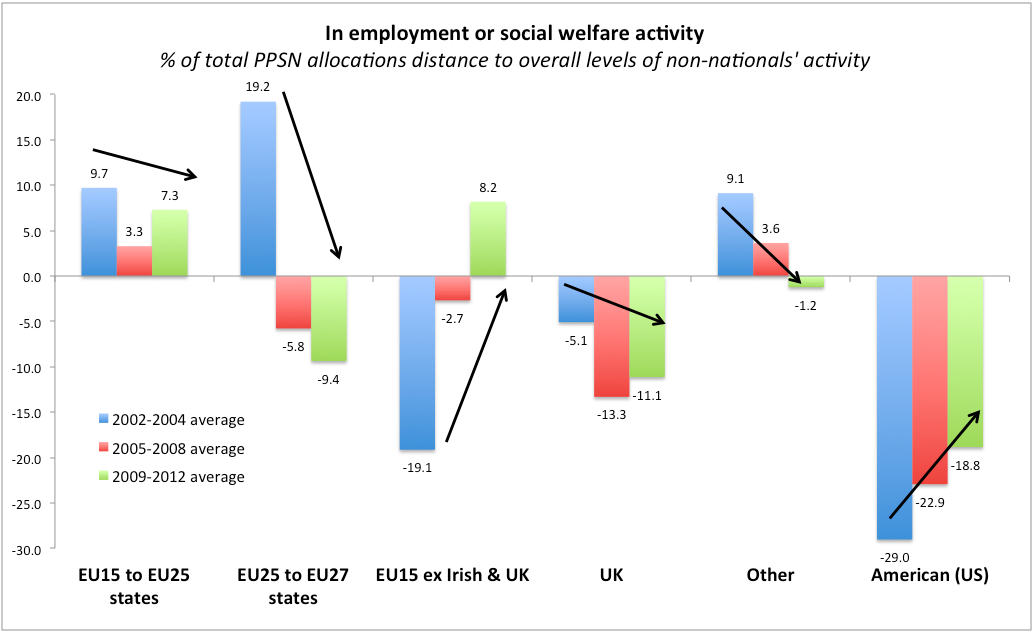 Arrows in the chart above show overall changes in relative activity in each group/'nationality' over the three periods, relative to overall foreign population activity rates.

What does this show?

- Across all cohorts (by date of entry), most active engagement in 2002-2012 has been associated with the nationals of EU15-EU25 states.
- Between 2002 and 2012, the largest increase in engagement took place amongst the EU-15 ex-Irish and UK nationals
- Non-2004 Accession EU states (EU25-EU27) had a massive deterioration in activity between 2002 and 2012.
- There was also deterioration in activity for 'Other', although 2009-2012 average is -1.2, which is not far away from the average.
- Americans consistently ranked the worst in terms of overall low activity in all periods.

For a second exercise, I took same year as entry performance for each entry cohort and then once again took difference to the total. Chart below shows the results. 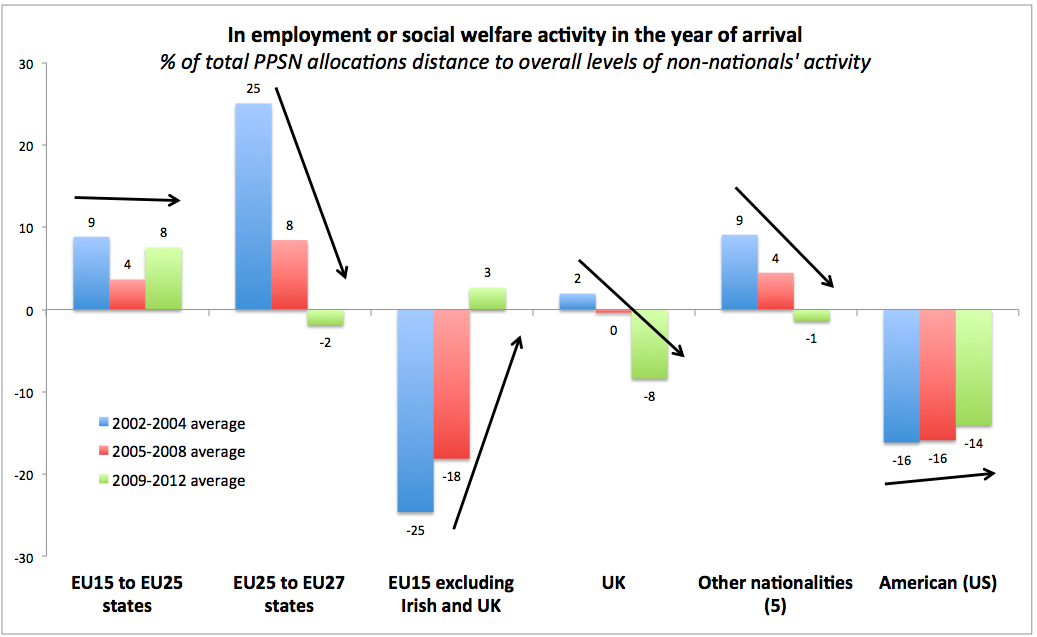 As measured by activity rates, only one cohort showed significant improvement over time: EU15 ex-Irish and UK nationals. Marked deterioration in quality of cohorts (by year of entry) over time is recorded for EU25-EU27 group, UK and 'Other'.

There are many caveats to interpreting the data, so the above should not be deemed reflective of some real values and qualities. When I say 'quality' in the context of data, I simply reference the extent of engagement. Not actual quality of human capital or work performance etc.

My concern, however, is that we are seeing rather predictable, steady deterioration in activity rates for all groups of foreigners, excluding EU15 ex-Irish and UK nationals. 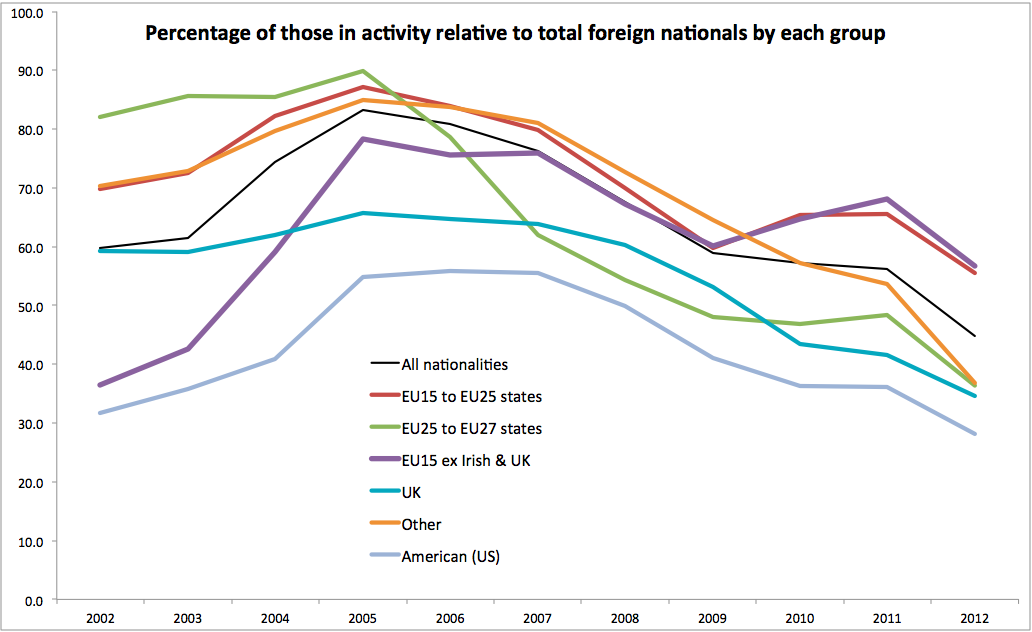 Posted by TrueEconomics at 9:30 PM